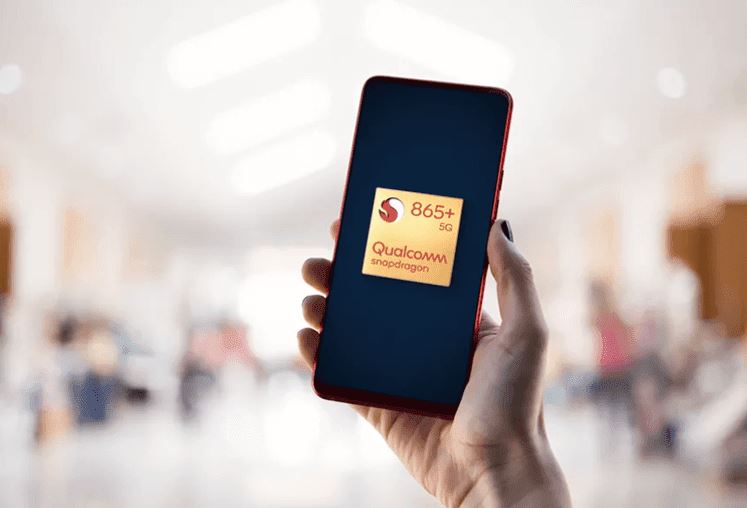 The Qualcomm Snapdragon SD865+ is its latest update of the SD865 (2020). Apart from higher processing and memory speeds, Antutu GPU tests show a nearly 30% speed increase. Marry that to the first chip to support Wi-Fi AX 6E (4 streams), and you have a very fast device.

Qualcomm is now in the habit of releasing a PLUS version – a mid-year refresh as production yields increase. For example, the SD855+ delivered an 11% GPU increase (but not a lot more elsewhere). The SD865+ is a spectacular performer with Antutu benchmarks showing 667253 over the SD865 at around 600,000 points (the fastest SD865 is the OPPO Find X2 Pro 0 GadgetGuy review here 4.9/5).

First, it uses the same die and fabrication process to the SD865. Tweaks, not a redesign of the silicon, update it.

While Qualcomm claim a 10% speed increase over the SD865 there is something else going on here, It could be that it has the first-ever updatable GPU drivers on mobile. It could be tweaks to its 10-bit HDR support, Dolby Vision capture or the faster memory. Or it could be the 90FPS gaming support.

If your device uses Qualcomm FastConnect 6900 Wi-Fi chips (SD865 FC6800), you are in for a speed feast. These new Wi-Fi 6E chips use the 6GHz band to improve Wi-Fi 6 throughput considerably.

So that with the right router (not out there yet) you will get up to 3.6Gbps download (SD865 is 1.8Gbps although in practice it is 1.2Gbps).

In theory, if your phone vendor has paid the correct licencing fees to Qualcomm, it should globally roam on 5G (where available).

It has BT5.2 with aptX Adaptive and 96kHz audio. It also has two BT antennas and new LE (low energy) code.

Other features shared with SD865

Before we get into this, remember that many manufacturers depart from the Qualcomm reference design and use other sub-components. So not all SD865+ or SD865 are the same

Both the SD865 and Plus are a huge leap over the current Samsung Exynos 990 and Huawei Kirin 990 SoCs.

If you want the best, then this is it.