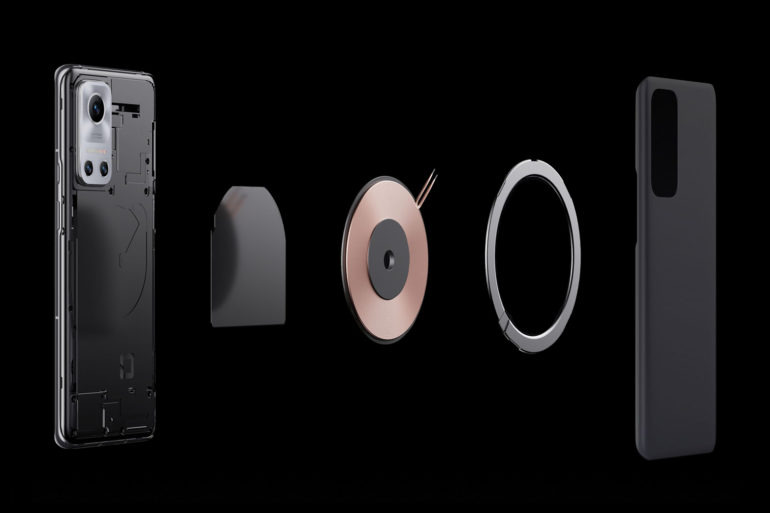 At its virtual innovation showcase, it previewed the realme MagDart, a 50W magnetic wireless charge solution. Of course, it is a first in the Android world as the only phone that supports it is the realme Flash concept smartphone.

realme is showing that it has the research and development chops to compete with the ‘big boys’, and its focus on charging will address the primary consumer pain point – it is not about how big the battery is; it is all about how long it takes to charge it.

We know that consumers are time-poor and don’t want to be waiting around for their phone to charge. Last year, realme unveiled its leading 125W SuperDart charger. This year, we’re bringing fast charging solutions to the world of magnetic wireless charging. We’re determined to make low battery anxiety a thing of the past.

While we won’t necessarily see all the new technologies soon, it shows that the smartphone market is changing. Realme announced:

The realme Flash concept phone features a 4500mAh battery supporting 50W of MagDart wireless charging. This means the phone can charge from 0 to 20% in just 5 mins, 0 to 100% in just under an hour.

The 50W MagDart charger features an active air-cooling system that keeps the mainboard and coil temperatures at a reasonable level. It uses a compact and powerful fan to maintain the charging power at a high level for a longer.

The 15W MagDart Charger is only 3.9mm thin. The mainboard and the coil are located at opposite ends of the charging pad to reduce heat. It can charge the realme Flash 4500mAh battery from 0 to 100% in 90 mins.

2-in-1 MagDart Power Bank and charging base

Can pair to charge your phone and battery bank simultaneously. The stylish white vegan leather and aluminium power bank attaches to the smartphone.

It connects via MagDart and is powered via smartphone reverse charging to provide an extra forward-facing selfie flash.

Is also a kickstand to hold the phone up when watching movies or making video calls.

Connects via the USB-C port and wirelessly MagDart charging. The GT phone is not in Australia, but the concept could apply to any non-MagDart phone.