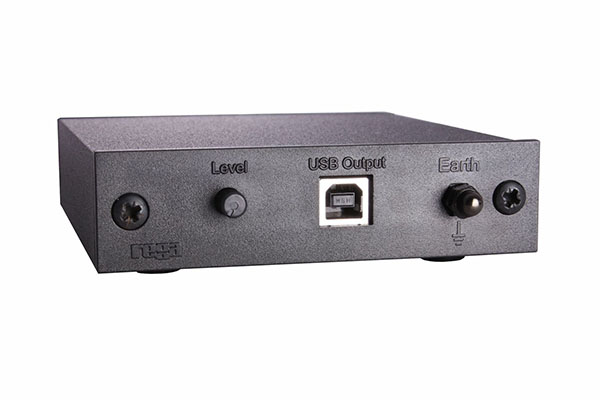 So, you want to get into vinyl, eh? You will need a turntable, of course. But will it work with your current audio system? The Rega Fono Mini A2D phono preamplifier will make sure it does.

Why do you need a Rega Fono Mini A2D?

You can’t just plug most turntables into the input on any old audio system. They produce a very different signal than, say, a CD player. It must be amplified a lot, and then treated to make it sound right. That’s what a phono preamplifier is for.

A CD player usually puts out up to two volts. A turntable usually puts out up to … well, much less than that. Things aren’t so well defined with vinyl. But safe to say, the output will only occasionally be above one 1/100th of a volt (that is, 10 millivolts). Plug that into an input designed for two volts, and you’re going to get only the faintest wisp of sound.

But there’s more to it than that. For various practical reasons, engineers cut the bass on a vinyl record to extremely low levels, and they boost the treble to extremely high levels. How extreme? By 20 decibels in each case, which is a factor of ten times.

So, when you’re playing back a record the bass has to be boosted and the treble cut. If not, you will get a very, very thin sound.

The Rega Fono Mini A2D looks after all that. It boosts the signal to the right level for normal analogue inputs. Then it applies what’s called the RIAA Equalization Curve to correct for those bass and treble manipulations.

Note: there are basically three types of turntables. Some already have a phono preamplifier built in. Go plug them right into a stereo system, no problem. Of the rest, most use moving magnet cartridges. A small number of much more expensive ones use moving coil cartridges. I won’t go into the technical differences. The important thing here is that the output from moving coil cartridges is even lower than that of moving magnet cartridges. Special – more expensive – phono preamplifiers have inputs especially for such cartridges.

These days when we record something we do it digitally. The Rega Fono Mini A2D not only boosts and EQs the output from turntables, it also turns it into a digital signal. Plug its USB Type-B connection into a computer, and it becomes an audio recording device. You can then use any audio recording software on your computer to capture the output.

There’s a little volume control on the front of the unit so you can adjust the level. With digital recording you should be careful not to push the level meters into the red, or you start to get extreme distortion. That volume control does not affect the line outputs, only the digital output.

The Rega Fono Mini A2D is what’s called a USB Audio Class 1.0 device. That means it’ll work without any special drivers with Windows computers, with Macs, and probably with Linux computers and many Android phones!

On the digital side it’s a little basic. It is limited to 16 bits of resolution. You can choose sampling rates from 11.025kHz to 48kHz. Most people should choose 44.1kHz because that’s what CDs use. I would have preferred 24 bits of resolution. That would give more data for noise reduction software to work with. In the end, though, you’re likely to want your final product to be 16 bits.

You don’t get any recording software with the unit, but there’s plenty of free software that’ll do the job nicely. Audacity is a good start. It’s free, powerful, has versions for Windows, Macs and Linux, and includes tools for removing some of the annoying clicks and pops from your recordings.

There was virtually no difference in sound quality between this inexpensive Rega phono preamplifier and my usual NAD one. It didn’t emphasise record surface noise. When I put on a quality recording, such as Weather Report’s 1982 self-titled album (a half-speed mastered pressing, that one) the entire frequency range was presented with confidence, including the deep bass.

Nor was there any overloading, even though the Rega Exact cartridge is rather high in output.

The level was higher than when plugged into the phono input on the (very expensive) home theatre receiver I was using, suggesting the Rega Fono Mini A2D has a higher gain than that receiver’s phono stage. (Gain is the word used for the amount by which a signal is amplified.)

That means I didn’t have to rotate the volume control of the amp so far. That’s not an important issue in general, but it does mean that when you switch back to some other input, you’re less likely to blast your speakers out.

I took the opportunity to record some LPs. Not for piracy purposes, but because I’m preparing to test some record cleaners. It worked like a dream. I plugged it into my Microsoft Surface Pro 4, started up my recording software, and fiddled around for a while with the volume control. There was plenty of gain, to the point where it was easy enough to push the recording meters into the red.

Which, as I said, is something to be avoided. I turned things down so that nothing was peaking at above -3dB from the full scale. Then I hit the record button and set the vinyl to spinning. And it all worked perfectly. I recorded two full albums plus several minutes from one side of a third, and there wasn’t the slightest hiccough. Get those levels right, and you have the makings of a fine transfer.

Rega rates the output of the Fono Mini A2D at 500 millivolts (half a volt) for a 5mV input. So that puts it up into the same ballpark as a CD player, if still a little bit quieter. It supports a maximum input of up to 70mV. That should provide sufficient headroom so that it’s never overloaded. Rega specifies the input loading at 47,000 ohms and 100pF of capacitance. That’s been the standard for decades. It also rates the signal to noise ratio at 78dB A-weighted. By the standards of modern digital equipment that’s pretty low. But in practice, you’ll never hear any internal noise generated by this device. It will be buried far, far below the surface noise of the LPs that are playing through it.

I should have mentioned the recommended retail price. That’s $199. That would be a reasonable price for the Fono Mini A2D even if there weren’t an A2D function. Since there is, it’s somewhat of a bargain.

Overall
Features
Value for money
Performance
Ease of Use
Design
Reader Rating2 Votes
Just what you need to use a good turntable with a standard audio system, additional benefit of analogue to digital conversion for recording
Utilitarian styling
4.4