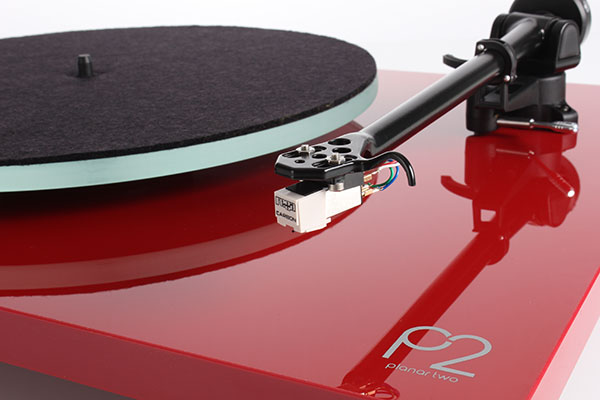 Is it a kind of second childhood that has brought me back to vinyl? Or is it wonderful equipment, like this Rega Planar 2 turntable?

Rega is a long-standing British firm of turntable makers. It was in Britain in the 1970s that there was a revolution in the understanding of high fidelity. Rather than it being all about the loudspeakers, the realisation dawned that high quality had to start with the signal extracted from the record.

Rega was one of the companies that took this to heart. Its most famous innovation was the glass turntable platter. To ensure a very even rotation, a plate of glass proved to be ideal. Its high mass provides great stability.

It has kept to this theme over the decades. In the last couple of years, Rega has been systematically renewing and updating its products. The Rega Planar 2 (Website here) is the entry level for these glass platter models. It’s quite the bargain at $849.

Truly that is a bargain. Compare the Rega Planar 3, which we reviewed last year. (And which I now own.) It has a slightly thicker platter – 12mm rather than 10mm – and various other improvements. But without a cartridge, it sells for $1249. The Planar 2 comes with the Rega Carbon cartridge pre-fitted.

For those just getting into record playing for the first time, the cartridge is the device on the end of the tonearm. It holds the stylus, which is what sits in the record groove and vibrates, side to side and up and down. The cartridge generates the electrical signal. The Rega Carbon cartridge is unusual amongst Rega cartridges in that the stylus is user replaceable. A new stylus costs $40. It’s also relatively low output: 2.5mV compared to around 7mV for Rega’s other models. Good? Bad? Well, it means a touch more susceptibility to noise in the signal lines. But it also means that it’s less likely to overload a phono input.

The Rega Planar 2 is available with a gloss red, gloss black or gloss white plinth. It has a perspex cover. The on/off switch is under the front left corner. It will play both 33s and 45s. You change speed by removing the platter and moving the belt onto the other pulley wheel. A felt mat covers the glass platter.

The signal cables are fixed rather than removable. As seems to be Rega’s practice, there is no separate earth or ground cable.

Setting up the Rega Planar 2

The Rega Planar 2 comes in several parts in the box, but assembly isn’t difficult. The perspex cover slips into slots at the back. A bit too easily, and a bit too easy in slipping back out. I’d be inclined to purchase two neat, small gauge screws, drill holes through the tabs and secure them to the plinth.

The RB220 tonearm is pre-fitted. The counterweight on the tonearm has to be screwed on, then balanced. It doesn’t have markings, but each half turn equates to one gram of pressure. Rega recommends two grams. With a full 360 degrees of rotation, the pressure measured 2.06 grams. You can trust the instructions.

Anti-skating? The geometry of tone arms on turntables is such that there ends up being an additional sideways force applied by the stylus towards the centre of the record. That can increase wear on the inner sides of the grooves. Antiskating applies a counter-force to push the arm back out towards the edge of the record. I used a test record to see how well it was balanced. There seemed to be way too much anti-skating force. The stylus was shooting out towards the edge of the record quite rapidly. Even when I wound up the stylus pressure to three grams, there was still too much. (The higher the tracking weight, the more the skating force.)

In practice, it didn’t seem to make any difference to the listening.

How do you assess the sound quality of a cartridge, tonearm and turntable? Compare it to CD? To another turntable? To some ideal?

The fact is, one’s audio memory is short. It’s misleading to try to compare to some distant ideal, to some memory of how something else sounds. And you can’t really compare to a digital source because of the enormous, irremovable differences. For example, the distortion is higher; the stereo separation is (much, much, much) lower and noise levels are (much, much) higher with vinyl.

So I did two things. First, I did a stack of listening to various LPs. And then I spent some time switching between this turntable and my regular one, moving the same LP between the two, to get about as close to A-B comparisons as one can with turntables. My regular turntable? Why, that’s a current model Rega Planar 3 with an Exact cartridge. The turntable is a step up in the Rega hierarchy, and the Exact cartridge is three steps up. The price of the Rega Carbon cartridge is $60. The Exact cartridge costs $550.

My overall impression was of a clean, tight playback. It had a good level of dynamic punch and didn’t particularly emphasise surface noise. That was particularly welcome when I pulled out some of my older discs, such as the original 20 Explosive Hits from circa 1970. It has been played on some rather indifferent equipment, especially in the early days. So it has plenty of noise, but the music managed to make its way through.

Absent was even the slightest hint of speed instability. That’s wow and flutter, for those familiar with the terminology. Sustained notes were held with steady tone and no speed-related distortion. Neither was there any audible noise. That is, no noise from the motor made it through the stylus. Likewise, there was no rumble. That’s low-frequency noise, often from the spindle bearing. Turntables are susceptible to that because the RIAA equalisation applied to their output boosts the raw bass by a huge amount. But there was none.

Nonetheless, when playing high-quality recordings, I felt that there was less of a presence in the music, a slight reduction in immediacy compared to what I am used to. I first noticed this on Pink Floyd Animals, on a Japanese pressing I believe I purchased in the 1980s. All too aware of listening biases, I changed connections and vinyl to the Planar 3 and listened again. There was no doubt that the more expensive turntable produced a higher level of dynamism in the drums. And a noticeably more extended and fuller bass. The kick drum, in particular, came to life.

One has to be careful with these comparisons. The Planar 3 seemed to have a slightly higher overall output, and that can all by itself make things sound better.

I went backwards then: playing the Laura Marling album Short Movie on the more expensive turntable, then moving it to the Rega Planar 2. The differences narrowed. Surface noise was actually a little better on the Rega Planar 2. In the first track, there is some vocal sibilance thanks to Marling’s preference for a very close microphone. This was better controlled with the Rega Planar 2. There was also a nice sense of stage depth in this, similar with both. But this track is focused mostly in the middle and higher frequencies. The next introduces some good percussion. Again, it was clear that this the bass in the drums was a little less extended. Indeed, the drums seemed very slightly recessed in the mix compared to the more expensive system.

Again, and again, that was my impression. A good overall performance when judged against the highest of high fidelity standards. An obvious and clear boost in performance over that provided by most entry-level high fidelity turntables. And if you presently have one of those plastic things sold as turntables by some chain stores, the improvement will be revelatory.

GadgetGuy’s take – a turntable for life

The Rega Planar 2 is a fine turntable. Sure, it costs more than an entry-level high fidelity turntable but look at it this way. When finances allow, you can upgrade to one of Rega’s better moving magnet cartridges – they range in price from $150 to $550 – and upgrade the sound quality as you go. The Rega Planar 2 is a turntable you’ll still be using in ten years time.