Resetting a Windows 8 computer for fun 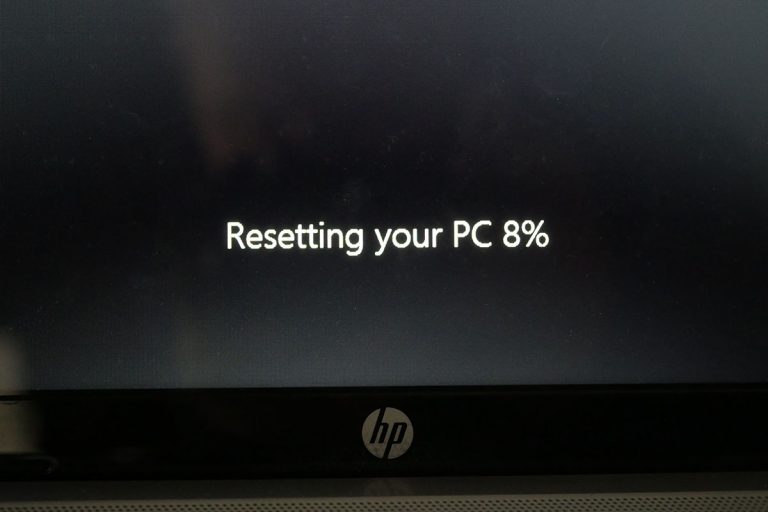 One of my kids has left long behind her 2012 HP Pavilion G6 notebook computer. It was slow, clunky, overloaded and unwanted, so I decided to restore it to new performance in the usual way. By nuking it back to factory settings.

But you want to do more than that. This computer had Windows 8 factory installed. Everyone – even Microsoft – acknowledges that Windows 8 was a major false step. Windows 10 would be a fitting upgrade, but she hadn’t taken that step during the free upgrade period, so I decided to settle on Windows 8.1, which was significantly improved over Windows 8, and is a free upgrade.

I do wonder if the reception of Windows 10 would have been quite so positive if it had not been preceded by the Windows 8/8.1 … well, not quite debacle.

Resetting was easy. The daughter had forgotten her password, but didn’t want anything off the computer, so a simple hit on the “Restart” while holding down the shift key brought up a system menu. A few clicks down and the reset started.

This was a slow, slow thing. It took at least an hour, and that’s without selecting the wipe-the-disk option. And despite this being a fairly powerful machine for the day: Intel Core i7-3632QM running at 2.2GHz, 8GB of RAM.

The Windows “Checking for Updates” process took ages. Fortunately I could do other stuff on my other computers and was able to just let it churn away. Eventually it announced that there were something like 72 updates (I should have kept notes, but that’s no exaggeration). So I let it download and install them, which it did in two tranches. After a restart, I thought the whole thing was finished and tried to install Windows 8.1, but no, there was more to go.

I have no idea how long it all took because I went to bed. The next morning, after a restart, it was all set. Windows was updated enough to now abandon that version of Windows and switch over to a new one.

The Windows 8.1 download is 3.62GB, so the Windows Store informed me. That took a bit over an hour to download. And then the installation started. And continued. And went on. There were multiple restarts and still on it went. Then there were device configurations. But, finally, after a further two and a half hours, it was done.

You know, Windows 8.1 wasn’t too bad really. But the half-hearted re-introduction of the Start button probably sealed its fate. What this exercise really shows, though, is how much better both computers and Windows updates have become in last five years. I update the Windows 10 version on a computer on average about once a month. And never are they as slow these days as this process was, perhaps in large part because almost all of them now use solid state drives rather than hard drives.