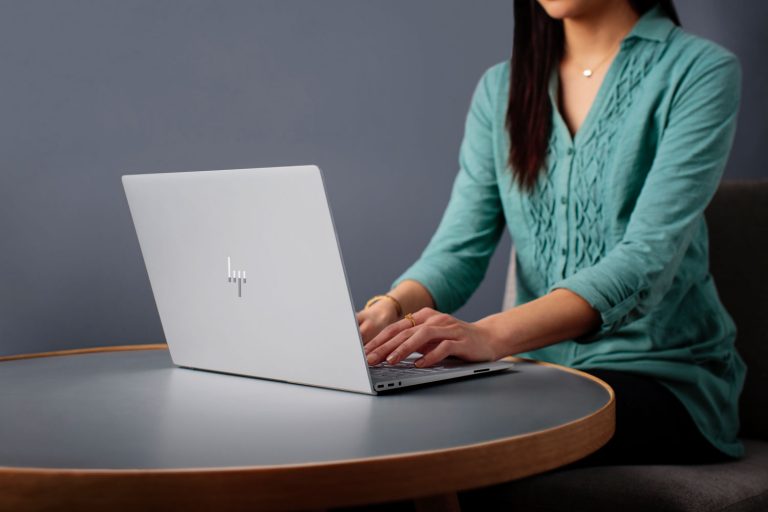 HP’s new Envy 13 is an Intel 7th generation, Core i5 or i7 notebook that is quite a step up from the HP Pavilion and its other value sub-brands.

If envy is not one of the seven deadly sins, we should create a new category – anyone would love to have this superbly designed, value packed, notebook.

It also comes in both 13” and 15” models with a choice of clamshell or x360° style hinges. Unfortunately, it is not on HP’s web site but it is at Australian retailer Harvey Norman.

A word of warning. There is also an Envy 2016 on run-out and possibly dozens of different SKUs, so be careful if shopping – you really want the 2017 model.

First impressions are that it’s thin and a lot more premium-looking Ultrabook than last year’s variant, with narrower screen bezels, wider keyboard, enhanced speakers an attractive grille, and more of the other design changes seen on many of the new HP 2017 models.

For reference the 2017 model has keys and the screen right to the edge – the older models have larger bezels and keyboard surrounds so that means a 13.3” screen in a 12” chassis.

How does it perform?

Intel HD Graphics 620 is fine for office, browsing and movies but it is not a games machine.

Overall it is well above the performance of 2016 models and commensurate with the price paid.

It is a good, rock solid, chiclet style with 1.5mm throw, 60g actuation and no key bounce. In typing tests, I achieved 89% accuracy comparted to a mechanical keyboard.

The trackpad allows almost a full sweep to move the cursor from top right to bottom left – almost as good as the HP x2 Spectre.

It is a good HD, 1920 x 1080, IPS panel using HP’s WLED (white LED backlight) like that used on the x2 Spectre. And like the Spectre, it gives a whiter screen but a slightly cooler colour gamut.

I really liked the narrow bezels and it was a very responsive to touch. Brightness is fine under office lighting – but it can be a little washed out in direct sunlight.

The screen is easy to lift and the 135° hinge allows it to lift the base slightly off the table for more cooling.

The front B&O tuned L+R speakers are up-firing from in front of the screen and the other two are down firing from the bottom of the chassis.

Volume is good – around 70dB but they lack bass response being focused on the high range vocals.

The B&O app can adjust the sound but it makes little difference – every preset is basically 100% bass (this speaker’s weakness) and variations on mid and treble. Otherwise, it also provides a clean, 20Hz-20kHz feed via the 3.5mm headphone and Bluetooth.

The mic array has basic noise cancellation and can be tuned to your voice or multiple voices.

There is no Window Hello facial recognition log-in.

HP claims somewhere between 10 and 14 hours depending on use, processor etc.

In an HD video loop at 50% screen brightness (night time viewing), it lasted six hours. In general office use at 75% screen is lasted about 4 hours.

Recharging was slow. It took nearly three hours from 0 to 100% and during the harder work parts of the tests the charger was flat out keeping up with battery drain.

The Envy brand is for those who want something better. Instead of a base model car they splurge for leather seats and some go-fast parts.

That is how I feel about the Envy 13 – it has some better parts but under the skin, it is still a consumer grade notebook.

Having recently seen and envied the excellent HP Spectre x2 or x360 you may want to consider these but they are the next step up the price ladder starting at $2199 for the i5, 8/256GB model.

It is part of HP’s new breed of better-looking notebooks.

Overall
Features
Value for money
Performance
Ease of Use
Design
Reader Rating0 Votes
A 13.3” screen in a 12” chassis. Reasonably light at 1.3kg. Premium finishes – exudes quality and the metal chassis is a bonus. Good keyboard and average trackpad.
Poor web cam shows too much noise even in office lighting. Battery life is OK but charge time is a little long. Unable to charge with a standard USB-C 5V/3A charger (yet it has USB-C ports that must only support downstream charging).
4.4