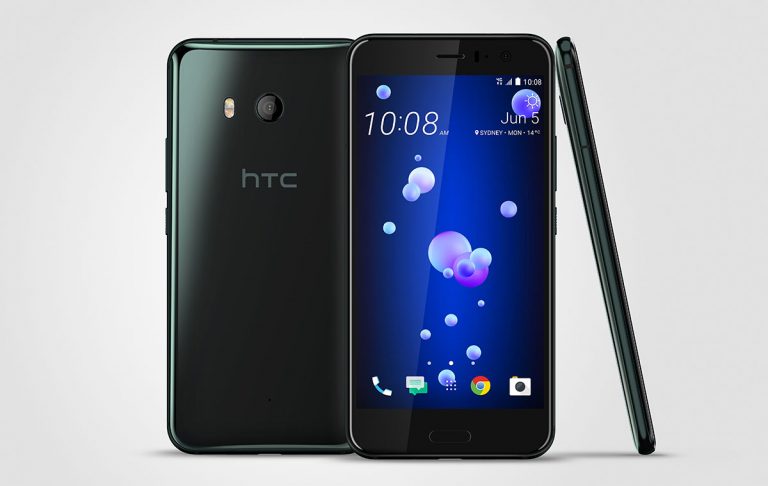 HTC’s latest premium phone, the HTC U11, is coming out now, and coming out at a price well under that of the premium phones from the companies with which it is often grouped. At $999, that seems to be a very aggressive pricing strategy. Especially when nearly everything about the phone is as good as it gets.

Let’s start with the Ingress Protection rating. It scores IP67, which means that it’s completely dust tight (“6”) and okay for immersion in up to a metre of water for up to half an hour (“7”). On matters of robustness, I should mention that the display is covered with Corning Gorilla Glass 5. That’s about as strong and scratch resistant as possible short of, possibly, Sapphire Glass.

The rear case highlights one issue of modern design technology: it can be hard to tell the difference between cheap and expensive. The back is curved. The review phone is black. It’s glossy. And it looks like plastic.

It isn’t plastic. It’s actually glass. HTC uses something called “Optical Spectrum Hybrid Deposition” and a technique of “heating and then bending the glass using extreme pressure” to make the case. Out of the box I defy anyone to tell by eye whether it’s a quality gloss plastic or an expensive glass finish. But I reckon that in six month’s time it’ll be obvious which it is. A plastic finish will be pitted and scuffed. This phone will need just a wipe over with a microfibre cloth to look like it’s brand new.

The display is Quad HD – 1440 by 2560 pixels – and delivered using HTC’s Super LCD 5 technology. The volume rocker and power button are on the right. The home “button” is marked clearly enough to be found by touch, and it doubles as a fingerprint scanner. The return and apps keys are to either of it, lighting up when touched, so they don’t use any of the display area.

Over Android 7.1.1 the phone runs HTC’s Sense interface. You won’t find many surprises in that, although it offers HTC’s own assistant function (it’s called HTC Sense Companion). You can choose to use that, or you might prefer to stick with Google Assistant. I’d choose the latter even if the HTC version were better, simply to ensure wider compatibility with various devices.

Sense has been enhanced in this phone with “Edge Sense”. Squeeze the sides a little in the bottom half of the phone you’ll be rewarded with a small vibration, and then something happening. By default, that something is the camera opening up (even if the phone is switched off), but you can set it to instead capture screen shots, start the voice recorder going, switch on the torch, or start up a couple of other things.

The phone runs the Qualcomm Snapdragon 835 processor, octacore up to 2.45GHz. Lots of power there. There’s 4GB of RAM and 64GB of storage. You can add a microSD card of up to two terabytes. Or you could if such a thing existed. For the time being you’re more likely to go for 128GB or perhaps 256GB. The storage can be configured in the conventional “removable” way, or combined with the built in storage to become part of total system storage. If you think you’ll choose that option, you should buy the fastest memory card you can get. I’d sacrifice size for speed if it comes down to a choice.

The phone supports dual band 802.11ac WiFi, Bluetooth, all manner of WiFi connectivity (I’ll get to that below). There’s Bluetooth 4.2 with Near Field Communications (NFC). The physical connection is via a USB Type-C port with USB 3.1 support. There is no headphone socket. An analogue audio adaptor is provided for the USB socket.

The phone comes with noise reducing earbuds that plug right into the USB Type-C port. There’s a tuning function in the phone which purports to tailor the sound to your hearing. I didn’t test it and am highly sceptical that it would do anything other than make it sound poor.

The camera features the reversal you occasionally see in phones: a higher pixel count (16 megapixels) in the selfie camera than the in the main camera (12 megapixels). Think of a feature and you’ll find it here. Panarama, time lapse , slow motion video with 1080p shooting at 120 frames per second. You can shoot UltraHD to 30 frames per second. There’s face detection, an auto HDR function called HDR Boost, so-called 3D Audio using multiple microphones, optical image stabilisation and a maximum aperture of f/1.7. You can shoot in RAW mode.

Something more special: it uses a back-illuminated sensor. That is a light capturing sensor with the sensitive side facing towards the incoming light, rather than having all the wiring running over it. That should make it more sensitive.

The camera scores an even higher rating than that of the Samsung Galaxy S8 and the Google Pixel in formal tests by an independent tester.

A little surprisingly, there was no ability to automatically transfer Google credentials from another phone. Not too much of a problem, it was just a matter of logging in. That done, it offered to install all the apps from one of my other Android devices – my choice of which one. I chose the Samsung Galaxy S7 and let it run for a couple of hours while several dozens of apps were downloaded and installed.

This phone was a delight to hold and use. The screen surface was silky to the touch. Watch out, because it is a bit slippery. You’ll probably want to get a case, which is sad because it is so nice to hold. The screen may not have had quite the depth of blacks available on an AMOLED display, but it was nonetheless impressive: bold and colourful.

All the usual stuff worked in all the usual ways. The shortcut bar (first swipe) and panel (second swipe) can be edited to suit your preference. All apps are installed in a separate app section which is accessed by touching an icon on the home bar. They are easily copied to any page. Widgets are accessed in the conventional way by holding an empty place on a screen for a few seconds. You can change the “Home” page to one of your choosing.

Network performance was reliable and fast. Everything about the phone was indeed fast. According to the Basemark II benchmark test, the overall performance was 3212, compared to 2679 for a Huawei P10, and 2816 for a Samsung Galaxy S7. The Basemark X gaming test delivered 44721, compared to 44079 (Huawei) and 41050 (Samsung). No problems there!

One of the features seems to be the display of video clips to show you the weather. I stumbled across this one by accident because, as is my practice, I installed OneDrive, gave it the usual permissions to sync photo and video material, and approved the “Additional Folders” it offered (sometimes phones store their pictures in odd places). Later I found eighteen short weather videos in my OneDrive pictures folder.

The external device connectivity was good. I take that back. External device connectivity was brilliant! Have a look at this screen shot of the HTC Connect screen. You will see that it’s connected – via Miracast, to an LG TV. Also available is the same TV, available for streaming media as a DLNA device, the Microsoft Wireless Display Adaptor (via Miracast), a Chromecast Ultra device (via Chromecast) and that CX-A5100, which is a high end Yamaha AV pre-amp. The phone can connect to it via DLNA for streaming music and – and this one was such a surprise – via AirPlay. That’s Apple’s connectivity system.

And all of it worked, even AirPlay. My only complaint was going to be that you had to get into HTC Connect via the Setup menu, but a moment on Google revealed that a three finger up swipe opens up the interface. I love it.

Still on connectivity, the USB Type-C port supports On-The-Go devices. I tried memory, a mouse and keyboard combination, and a high quality audio digital to analogue converter, and all three worked perfectly. There is no support for Ethernet, though.

As for the camera, it was easy to use. Having it up and ready within a second, simply by squeezing the phone slightly, encouraged me to use it more. No practical difference, I guess, from the double press on the Samsung’s home button, but it was fun.

The picture results were interesting. Initially, when I took the same shots with this phone and the S7, I felt that the pictures were a little soft in comparison. It took a while, but then I started to realise that the difference was in the processing. The Samsung processing is fairly aggressive in applying sharpening and edge enhancement algorithms. The HTC, less so. The result tended to be a slightly smoother, more natural look to the pictures taken with this phone. Low light performance was good, with well controlled noise. The HDR Boost function brought out detail in dark scenes without creating a second of flattened contrast.

The HTC U11 is markedly cheaper than the phones to which it should be compared, and it at least matches and usually exceeds them in most ways. Give it a close look.