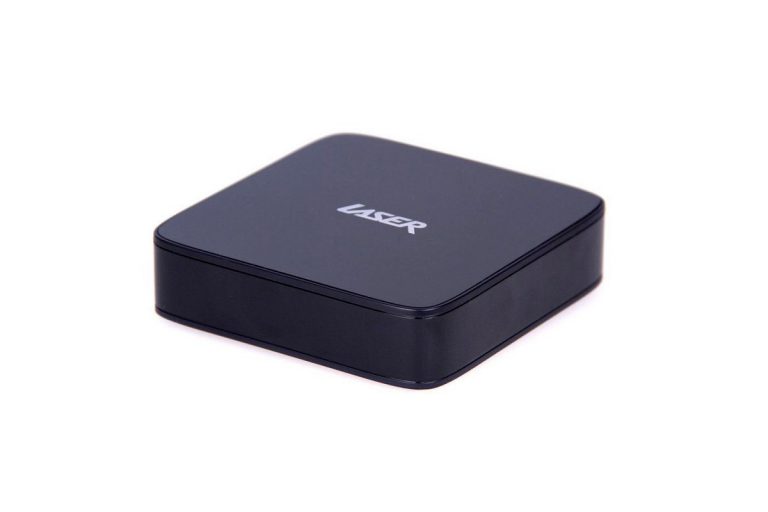 Let’s say that you have a TV that isn’t quite as smart as you’d like it to be. That’s often the case, even with newer 4K models, especially budget models. Australian brand Laser now has a solution capable of providing those smarts to your TV, and delivering them via a full Ultra High Definition signal.

The Laser MMC-X40 4K Smart TV Media Player uses the tried and very true Android operating system to provide an enormous – just about unending – range of functions. They include Netflix, including support for High Dynamic Range and 4K streaming if your Internet connection and Netflix subscription support it. Plus all the catchup TV services available for Android, including ABC iView and SBS On Demand. YouTube (of course, since it’s owned by Android’s creator, Google) and just about every other free video streaming service.

You can do web browsing and manage your email. Most smart TVs have dropped quite a few social media functions since TVs proved not to be a popular means of using them. But “not popular” does not mean “no one”. If you like interacting with others using your big screen, this kind of device can be just the thing.

Especially as it has a double-sided remote control. On one side are the keys you’d expect on regular media player remote control. On the other is a full QWERTY keyboard, laid out horizontally. It also has an “Air Mouse” function. You move the remote, and a mouse on the screen moves in response, making it easy to select things.

The device is small and square, 110mm on each side and just under 30mm tall (by way of comparison, an Apple TV is 98mm square and 35mm tall).

The top is flat and shiny black. One side is featureless. The front has an LED to indicate status. The left side has three USB sockets. You’ll probably want to load one of those up with the USB dongle that allows the keyboard and mouse remote to work wirelessly. The others can be used for, well, pretty much any USB peripheral.

At the back is a HDMI output – UltraHD capable, of course – along with an optical digital audio output and a stereo analogue output (delivered via a 3.5mm stereo jack). Underneath is a microSD card slot for memory expansion. There’s also an Ethernet socket with Gigabit support, dual band WiFi with up to 802.11ac coverage, and Bluetooth.

Inside is an octacore Amlogic S912 CPU. There some dispute about its speed. The consensus seems to be that it isn’t a 2GHz model (apparently that’s what the kernel reports), but that four of the cores run at 1.5GHz and the other four at 1.0GHz. Whatever. Raw processing speed isn’t really much of a consideration with devices of this nature. Graphics performance is more important. For that the unit uses an octacore aMali T820MP3 GPU.

There is 2GB of processing RAM built in, and 8GB of storage. That isn’t very much, but unlike a phone, you won’t be using the device to capture tons of video and photos. So it’s principally for apps, plus whatever buffering is required for streaming video.

But should you decide that you’d like more, the good news is that the unit runs Android version 6.0, and using this you can format any of the attached storage as “Internal”, which means that it is used as part of the main system storage. It can store apps or be used for any other purpose.

I tried that with a slow USB drive, and the system permitted it but warned afterwards that the storage was slow and could interfere with performance. Indeed, as far as I could tell the three USB sockets all appeared to be USB 2.0, so really high reads and writes are unlikely to be achievable. You can revert and format such a drive for normal use, so I did that and then set a fast 32GB microSD card as internal storage to great effect.

Firing up the unit the first time, it set itself to 2160p60 output (that’s UltraHD at 60 frames per second), because that’s the preferred format of my TV. I dug into the settings later and found that you could choose a range of outputs, including 2160p24, 25, 30 and 50, plus lesser resolutions down to 720p.

Likewise, you can set the audio to “bitstream”, which means feeding the digital audio straight through to your TV or home theatre receiver and have it do all the work. Alternatively, you can have the unit convert it to vanilla “PCM” which will work with anything, although usually without surround sound. The player recognises any limitations of the gear into which it’s plugged and so it should work out of the box with anything, without any settings needed to be adjusted.

While it’s an Android device, the Laser media box is skinned to hide the crunchier aspects of Android. There are a number of apps “built in” so to speak (actually pre-loaded). You can drill down to a more standard apps page if you like, and there you’ll find the Play Store app so you can go off to Google and find more.

I installed a few, such as my favourite network media manager and they mostly worked fine. The only apps I had trouble with were the Basemark benchmarking apps, which start first time on each device with the requirement that you scroll through pages of text before getting to a licence “Accept” box. I couldn’t find a way to scroll it. Apparently it only works by using a finger on a touch sensitive screen.

So apart from any apps so limited – and the Basemark ones are the only ones I’ve found so far – the control system was very good. I do like the whole virtual mouse thing. It was a touch sensitive, and the arrow was quite small on some screens, but nonetheless it was highly effective once I’d gotten the hang of it.

The Netflix app produced beautiful looking content. I was unable to check the 4K or HDR side of Netflix since I am still in a non-NBN district with less than a quarter of the required broadband speed. But for full HD it looked as fine as it does when streamed directly by my current model smart TV, and my rather expensive Blu-ray player.

Likewise for ABC iView, although even full HD isn’t available there.

Since I couldn’t stream UltraHD, I checked out the MMC-X40 with a bunch of UltraHD video clips I have on hand. It worked with all the formats I tested, including some very nice High Dynamic Range clips with a wide colour gamut. According to my TV, the Laser unit was delivering both of those features perfectly. It certainly looked beautiful.

I had to load those clips onto USB storage and plug it in in order to play them. The built in media players weren’t network aware. I installed a DLNA-capable network player, and it worked well, except that it had to hook into available video players. None of those seemed capable of delivering UHD video at full resolution. The default video player the unit was itself using did play UHD well, wasn’t available for use by third party apps.

Perhaps with a bit more digging I could have found a suitable compromise.

While on the network front, I should mention that a built in app acts, in theory, as a kind of AirPlay clone as well as providing support for the unit as a DLNA renderer. The first lets you send media from Apple devices. The latter lets you send media from Android and Windows devices. But the unit did not appear as an available device for playback on any of my Apple or Android devices, whether the Laser device was connected to the network by Ethernet or by WiFi.

There was a Miracast app which did work, and I was able to usefully send my Android phone’s screen to it, as well as the display from my Microsoft Surface Pro 4.

And once I installed the aforementioned DLNA network player, I was able to send media to the unit.

The provided photo player was a bit ho-hum. It appeared to bottleneck high resolution photographs to perhaps 1080p before then rescaling them back up to UltraHD for output. The music player was competent, able to read my high resolution (24 bits, 192kHz sampling) FLAC music files and play them, but it also resampled everything to 48kHz sampling.

I must say, though, that I am getting pretty picky with that music stuff.

The Laser MMC-X40 4K Smart TV Media Player works well – except for that disappointing habit of running high resolution photos through a bottleneck prior to display – and is both very versatile and remarkably good value given the high hardware specification. If you need a smart media streamer for your dumb TV, check it out.