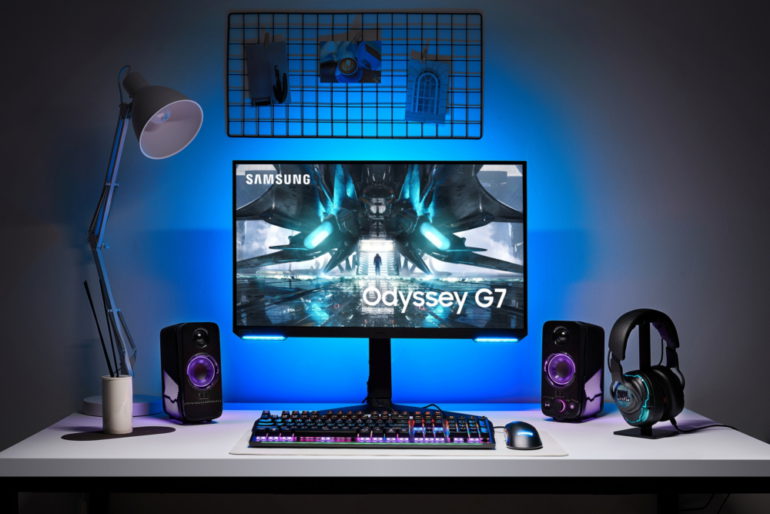 Gamers are out over whether flat or curved is the go, especially in sub<32” monitors. So, there are now three Samsung Odyssey G7 monitors – this flat 28” panel plus a 27 and 32” 4K Curved.

$1300 is a lot for a monitor, but it should support Sony PS5 and Xbox Series X via genuine HDMI 2.1 ports. PC Gamers will appreciate the DP 1.4 port that supports 144Hz variable refresh. It has minuscule response times and both AMD FreeSync Premium Pro and NVIDIA G-SYNC.

Interestingly it is a 4K IPS screen instead of Samsung’s signature QLED quantum. It can reach 400nits for 1% of the screen to deliver HDR400.

Initial overseas reviews have had had some issues connecting Xbox One X at 1440p@120Hz, but apart from that, it appears to be a gamer’s dream!