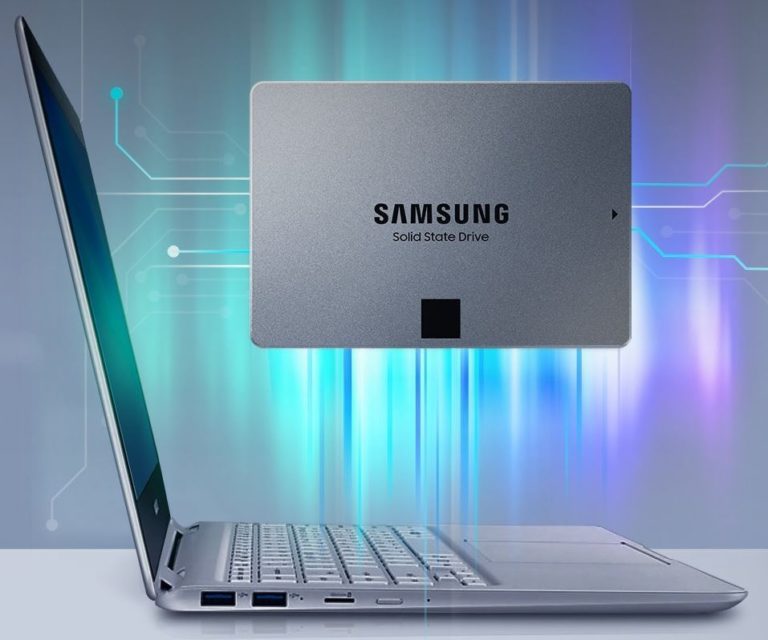 The Samsung 860 QVO SSD is a cost-effective upgrade to any SATA 6 hard disk. And it is from SSD powerhouse Samsung – it is a given that it is a reliable and quality product.

The Samsung 860 QVO takes a struggling, painfully slow hard disk that may give you at best 200MBps sequential read/write up to over 500MBps read/write with a simple DIY upgrade.

What’s it reduces boot times from over 2 minutes to under 10 seconds. We are sold!

Using an AMD A10 PC, we achieved 554/502MBps sequential read/write as well as very credible random read/write for larger files.

Samsung has done an excellent job squeezing out this much speed as it is at the limit of SATA 6 performance.

GadgetGuy has written a DIY guide to install new drives in Windows 10 laptops and desktops. It is really not that hard.

You have a choice of a clean install which often gets rid of performance issues but is the hardest route. Or you can use Samsung’s data migration tool which copies boot, data and programs over. We cloned 50GB in less than 10 minutes.

GadgetGuy’s take: Do it for the speed

Samsung Galaxy A52 in 4G and 5G versions (review)