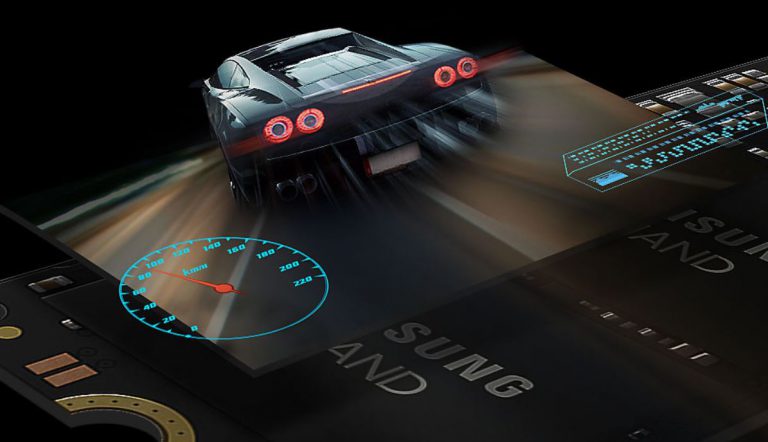 The Samsung 970 EVO NVMe SSD is so fast that a full Windows 10 Pro install including massive updates, 20+ drivers and 20GB of software took about an hour. It usually takes five or more.

It uses Samsung’s latest generation of 64-layer, VNAND, Non-Volatile Memory, its own Phoenix controller, and a PCI Express (PCIe) bus to transfer data.

Raw read/write speed is not in itself an indicator of performance. Raw speed excludes the speed loss due to the bus interface and things like sequential or random read/write and file size. Larger files read/write faster; smaller more numerous files copy slower.

What’s a bus got to do with it?

You have several bus types. SATA stands for Serial ATA and depending on the hard disk age may theoretically be

(MB is Megabyte, Gb is Gigabit – for conversion see the website here.

In practice, data transfer rates on SATA are well under half the theoretical speed because they are unidirectional. In other words, they must wait until a read is done to perform a write (command queuing).

PCIe is several times faster than a standard SATA 600 bus. You can recognise NVMe SSD by the single slot in the gold finger connector (SATA 600 has two).

In theory a single lane

Anyone with an NVMe M.2 SSD slot on their motherboard or in the laptop/tablet. Most high-end computing devices use NVMe. If you are in doubt download Crystal Disk Info and Crystal Disk Mark to verify what type of SSD (or HDD) you currently have. Be prepared to weep over your current speeds.

Typical users will be gamers, those who transfer large files, video/still editors who drink too much coffee waiting for renders or data to copy to backup devices.

How fast is it?

It is over two times fast at read and nearly ten times faster at write than the NVMe M.2 SSD in my HP EliteBook 1030 G2 (below and I thought that was good).

In theory, the raw speed is incredible. In practice, the different file sizes make a huge difference. For example, the HP almost keeps up when the bus is used to copy more, smaller files.

The EVO version has a dynamic cache.

Most NVMe SSD come with software to help manage the device. Samsung Magician

I first used it a year or so ago, and the software was very limited – about three features. This has matured into a very useful product.

It has a 5-year warranty or 1,200TBW (Terabytes Written). You are not going to reach that in five years.

Also, it is a single-sided construction (many other brands mount more lower capacity chips on both sides) and has an inbuilt Dynamic Thermal Guard and Nickel-coated controller. It is a Rolls Royce.

Shop around online – you may be pleasantly surprised.

I am a convert – take my credit card now. In reality for what I do (and by inference Joe and Jane Average) you don’t need the Samsung 970 EVO – you want it!

I have tested the predecessor 960 and earlier, and these were plenty fast enough.

Technology wise these are faster (by at least 30%) and cheaper although early adopters will pay full price.

But there is a problem for upgraders. There is currently no external NVMe M.2 USB-3 or Thunderbolt 3 enclosure to easily clone from your existing internal NVMe drive to the new one. Practically it will need a full backup to an external drive and a clean install of Windows 10 on the new drive. That is not too bad if you have an activation key and download USB ISO from Microsoft.

Features
9
Value for money
8.7
Performance
9
Ease of Use
9
Design
9.1
Positives
The fastest NVMe SSD on the planet
Negatives
You need NVMe M.2 slots to use it
9