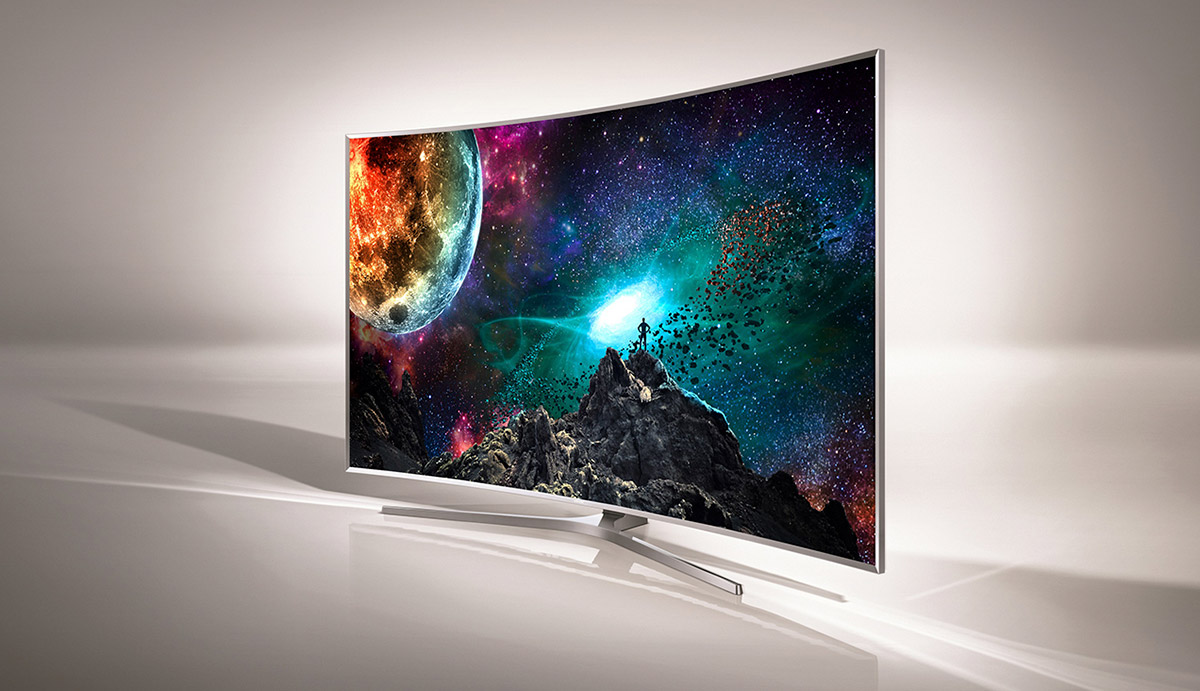 We’ve seen improvement upon improvement every year in the home entertainment field, and this year, Samsung isn’t stopping, delivering a new technology to its big screens that it hopes will deliver the best entertainment experience you can have.

Announced to a packed house at CES in Las Vegas, Samsung has unveiled a new TV that now overtakes the high-end screens we saw from the company last year.

The new screens are bigger, with a top screen sizes of 88 inches, but there are nine screen sizes altogether, ranging from 48 inches as a low (yes, this is a “low” size now) all the way up to that nearly 90 inch size.

Size is only one part of the equation, however, with the displays relying on a semiconductor technology called “nano-crystal” which according to Samsung transmits “different colours of light depending on their size”, a concept which is also known as “quantum dot” and is used by other companies as well, with Sony using it in its Triluminos displays, while LG pre-announced it would use the tech at the end of last year ahead of CES.

This technology delivers what Samsung says is a more accurate range of colours and “64 times more colour expression than conventional TVs”, working with a new re-mastering engine to automatically check the brightness and contrast of images to adjust programs for the best picture possible, even working with 20th Century Fox to make sure the technology showcases films the best way possible.

“Our innovative heritage and spirit continue to push the boundaries of the home entertainment experience to new possibilities,” said HS Kim, President of the Visual Display business at Samsung Electronics.

“Consumers can trust that we are more committed than ever to consistently deliver a superior home entertainment experience for years to come.”

The new TVs are called the “SUHD TV”, and while we don’t quite know what this “S” stands for, it does follow Samsung’s standard of calling the best in class gear by the “S” moniker, such as with the Galaxy Tab S tablets from last year.

Samsung’s SUHD TVs will also — as the name implies — work on an Ultra High Definition panel, meaning you can expect 4K video here, which Samsung hopes to het more people watching as the company works with content providers to deliver UHD videos later on. In America, that includes collaborations with Amazon and DreamWorks, though Australia hasn’t yet seen an announcement for this regard, and we can’t imagine it will be a solid possibility until faster internet services arrive.

Samsung has also switched over to Tizen for its operating system, with a faster and more responsive Smart Hub, which we’re told is “simplified to just one screen” but will support features such as “Samsung Sports Live” for letting you watch games while seeing stats at the same time, while “Briefing on TV” will make a Samsung Smart TV work as an alarm and even talk to Samsung mobile devices, showing you what’s on like your own personal window to the day when you switch the telly on every morning.

Oh, and there’s the design, and there’s a metal frame, texture back, and a curved look that should make the TV the centrepiece of many a living room.

“Samsung Electronics Australia is able to confirm that the new UHD and SUHD TV ranges announced at CES will be launching in Australia later this year,” said Philip Newton, Vice President of Consumer Electronics at Samsung Australia.

“We are very excited about our new range of products which will provide Australians amazing picture quality, immersive viewing, and a continually expanding content offering in 2015. The new SUHD TVs from Samsung represent an exceptional step forward for our TV range and technology. This is a game changer for the Samsung Smart TV category and we are looking forward to sharing more information about the local range later this year.”

Pricing and availability isn’t a known yet, typical with most CES announcements, but given that home entertainment change-over generally occurs in Australia around March to May, we suspect you’ll see the new TVs then, as well as a price drop on the older models shortly before.