Samsung brings Angry Birds and OLED to your TV 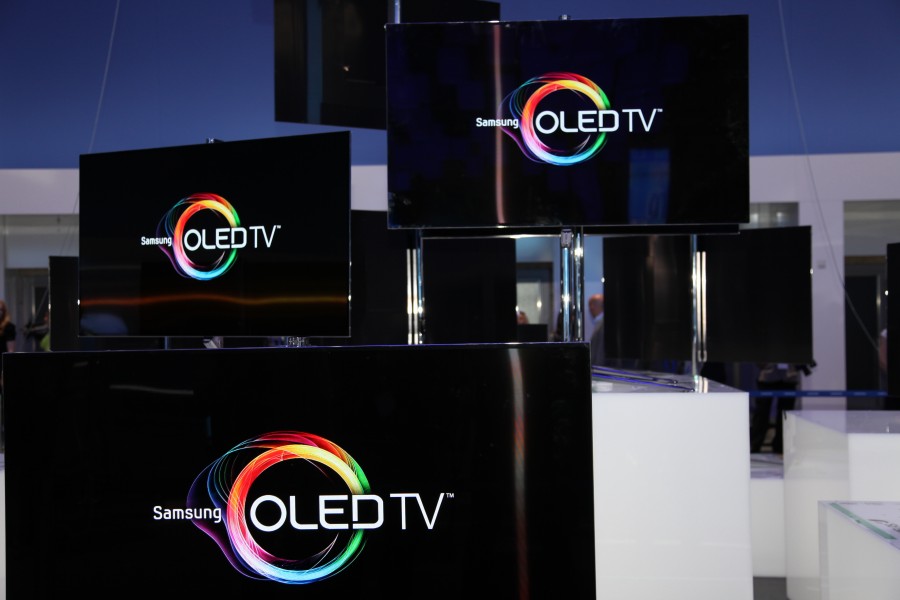 Samsung has announced its 2013 TV lineup at the IFA show in Berlin, starting with a range topping 55 inch OLED display. The ES9500 OLED TV marks a new generation of TVs built with Organic Light Emitting Diodes (OLED) to provide a more lifelike image than what is currently possible with LED (LCD) and plasma displays.

When compared to LCD, for example, OLED sub-pixels emit light directly, and don’t require a backlight to shine through a complicated set of polarizers and filters to produce an image. As a result, OLED screens have exceptional contrast, pure and vivid colours, and can produce very smooth, fast and fluid motion.

As a result, OLED TVs are perfectly suited to watching content containing lots of blacks, deep colours and and dark scenes, such as film noire, and their fast response times are ideal for quick-action sports as well as 3D movies.

Positioned as a premium TV, the ES9500 looks the part, with a minimalist design and an impressively thin bezel that gets thinner towards the edges of its metallic frame. The unit has a narrow central stand, where the AV wires are routed through to reduce clutter, and the web camera can disappear behind the bezel when not in use.

Two screens in one

The ES9500 gets the full suite of Smart TV features along with a unique showstopper called Multi View. This technology makes it possible for two people to watch different programs, from different sources, at the same time. Using screen synchronisation technology and 3D glasses with earphones, it’s possible for one person to be watching a Blu-ray movie, for example, while another plays a video game via a games console. Each set of glasses has its own earphones, effectively isolating the sound of the other channel from the one being watched. A small switch on the glasses toggles between the two feeds. We were able to briefly test Multi View and found that it was nearly impossible to see the opposite video feed, even when viewing the screen from wide angles.

Considering the high level of finish of the unit we inspected, the ES9500 looks to be a full production model. In terms of availability, Phil Newton – Head of Audio Visual said that “We are doing everything we can to have it on sale in Australia prior to Christmas” and “It will be less than $10,000”.