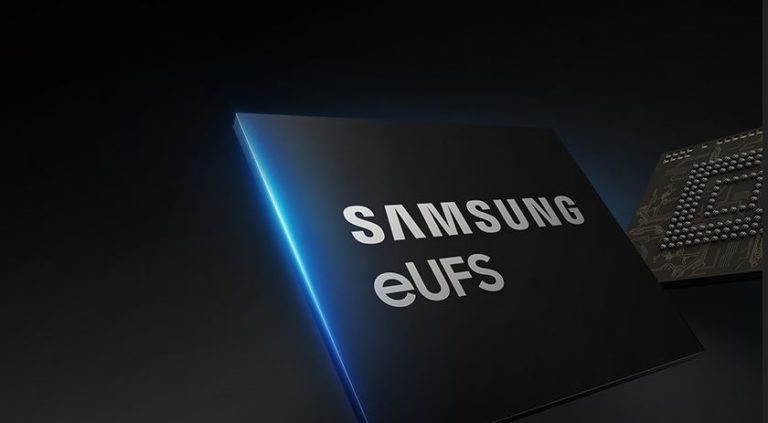 While we all expect more storage each year for less money, it is only four years ago that Samsung broke the 64GB barrier with its 128GB module fitting into the industry standard package size of 11.5 x 13 x 1.2mm. Its new 1TB model is even thinner a 1mm.

“The 1TB eUFS is expected to play a critical role in bringing a more notebook-like user experience to the next generation of mobile devices. Samsung is committed to assuring the most reliable supply chain and adequate production quantities to support the timely launches of upcoming flagship smartphones*.”

*Choi was referring to Samsung Semiconductors supplying many major smartphone makers with parts like memory, photo sensors and processors.

Users can transfer large amounts of multimedia content in a fraction of the time. At up to 1,000MBps it twice the sequential read speed of most 2.5-inch SATA solid state drive (SSD).

This means that 5GB-sized FHD videos can load to an NVMe SSD in as fast as five seconds – twice as fast a typical microSD card.

Random read speed has increased by up to 38% over the 512GB version and 500 times faster than a high-performance microSD card (100 IOPS), coming in at up to 50,000 IOPS. This allows for 960 frames per second and enables smartphone users to take full advantage of the multi-camera capabilities.