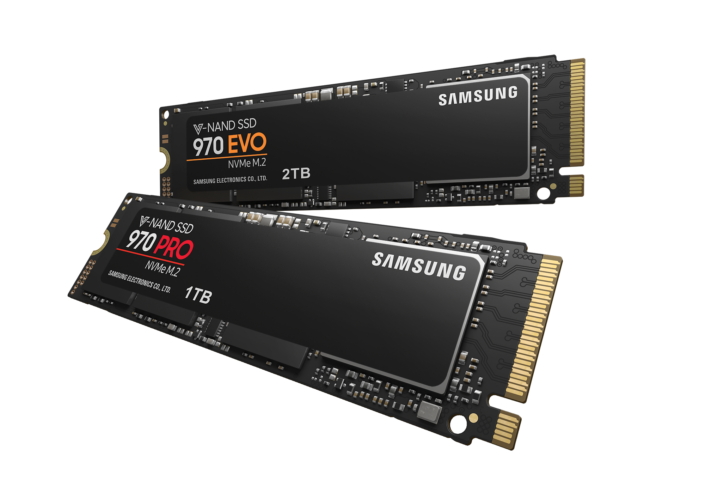 Samsung has released the 970 PRO and EVO, its third generation, NVMe SSD with theoretical read/write speeds of 3,500MB/s and 2,700MB/s – that is fast!

It seems like only months ago we were reviewing the 860 PRO and EVO – in fact, it was January. The 970 PRO and EVO series blow these away.

It is all possible because Samsung design and develop the 64-layer V-NAND used in the drives. And drive is perhaps a misnomer – these are in the M.2 (2280) format which is the little card inside most laptops.

“We are pleased to bring our third-generation consumer solid state drive (SSD) line-up to the Australian market. The 970 PRO and EVO series is for tech enthusiasts, gamers, home PC users and professionals who rely on having the high bandwidth for intensive workloads on PCs and workstations.”

That’s right – the 970 PRO and EVO speeds are available to all of us.

GadgetGuy’s take – I feel the need for speed

Each generation gets faster, cheaper and better. Samsung is at the leading edge – many other brands take much longer to get anywhere near these speeds. Competition is good as it drives us all further.

Joe and Jane Average won’t rip out and buy these. They are perfectly happy with the current speeds of their laptops – around 1,000MB/s in most cases. Let’s face it solid state storage devices seldom fail, and most laptops are too hard to repair anyway.

This is for the petrol head enthusiast or professional that wants to render 3D images, videos and work on large files.

I will be very interested to see what performance increase the 970 EVO has with large files. It has The Intelligent TurboWrite technology, which uses a large buffer size of up to 78GB to enable faster write speeds.