Samsung Galaxy A-series 2021 – A is for awesome 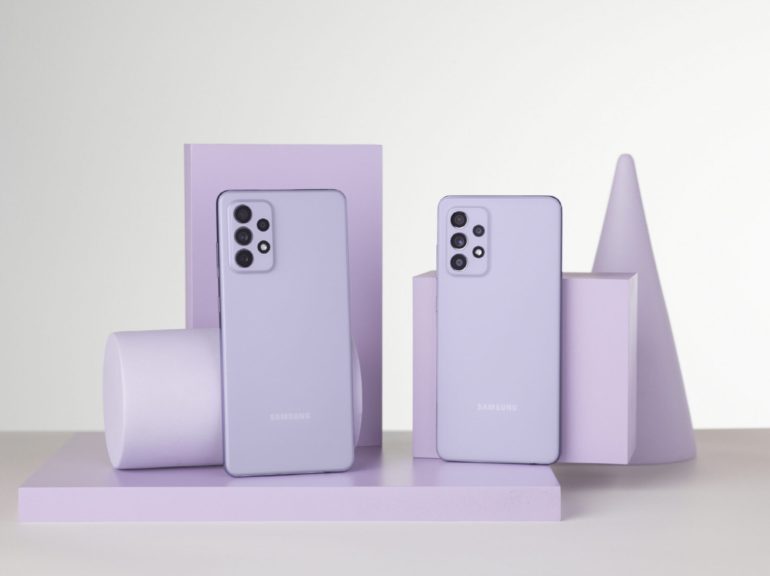 The Samsung Galaxy A-series 2021 are its bread and butter. The phone you buy when you want a Galaxy S-series, but the wallet and common sense prevails. A kind of head and heart thing. Well, the Samsung Galaxy A-series 2021 may well turn more than a few heads and please more than a few hearts with a new modern design and colours, terrific cameras, choice of 4G and 5G models, large batteries and fast charge.

Garry McGregor, Vice President–IT & Mobile, Samsung Electronics Australia, said that the usual purchasing rule – good, better and best – had been upset by COVID. Buyers had more time and became more selective. It was not just about ‘specs and speed’ but the experience. What can a Samsung Galaxy A-series phone do that the others can’t?

McGregor is right. These are all very well-specified – each model has class-leading features.

But more critical is Samsung’s reputation quality, reliability, warranty, longevity and support. And even more important is the Samsung One UI 3.0 (its companion interface to Android 11) that allows Samsung to offer more features like direct Snap Chat mode using a range of Samsung fun filters. Or its generous Android OS. One UI is the ‘grease over Android’s wheels’ that makes it run far more smoothly. And call me traditional, but I like the ability to keep older Android home, app draw and back control keys. One UI has one of the best upgrade/switch (Smart Switch) from other brands of both Android and Apple iPhone. The new models include A32, A52 and in 4 and 5G versions and A72 5G.

Who is buying the Samsung Galaxy A-series 2021?

Interestingly in the US, almost 1-in-2 Android purchasers are Samsung – that is nearly 50% of the Android market. There is a strong take up by the ‘dormant’ market who may have an older smartphone ‘that is still kicking’ – impressed by the A-series specs. Those specs are also a strong driver as people had more time to read reviews (and we will be reviewing the A-series shortly) from those wanting the maximum ‘bang for buck’. And there is a strong movement towards buying from friendly brands like Samsung that can ensure privacy and security.

We see the Awesome Blue, Awesome Black, and Awesome Violet, AMOLED screens and Samsung’s legendary camera prowess appealing to buyers that may not have had a Samsung before. By adding Samsung Care+, you can swap your eligible device like-for-like twice within the 2-year subscription period (Swap Fee for all eligible devices is $149 or $299)

“Last year, Samsung had its most successful year in sales for this category. The Galaxy A-Series was the most popular device of choice for people who purchased a mid-tier smartphone. We have been very specific in how we have built out our portfolios, and we know it is working. We want to shape the market around what our customers want and how they live. No gimmicks; this is innovation that is real and tangible that we are making more accessible.”

A comparison table is below. Samsung Australia website is here.

Note that these are global specs, and Australian models may vary. We will update the table as we get further information. Where a column is empty, refer to the columns on the left for values

You can read GadgetGuy’s Samsung news and reviews here