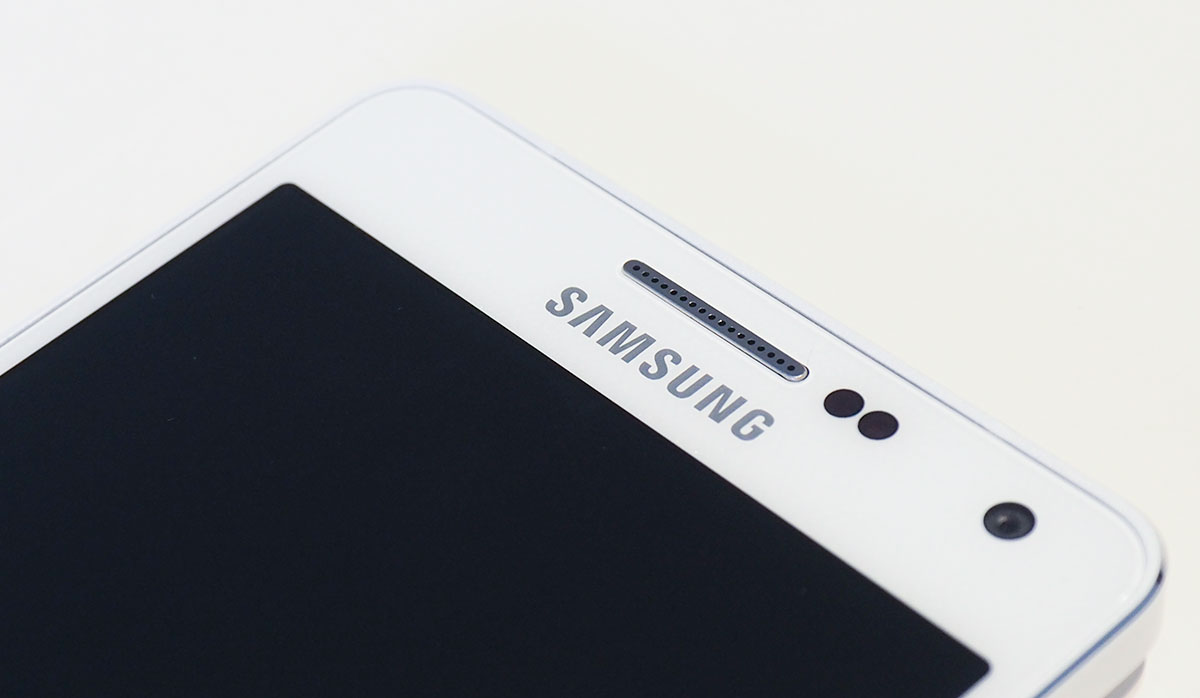 Flagship smartphones are often the ones checked out by reviewers, but companies still make mid-range options, and the Galaxy A5 might be Samsung’s best take on that middle ground yet.

Samsung doesn’t only make flagship phones, and if you head to any phone store, you’ll see quite a few options out there, catering to all sorts of prices, including those made for $200, $500, and around the thousand dollar mark.

The Galaxy A5 edges closer to the $500 mark, coming in with a recommended retail price of $599, and yet offering technology from today and designs that are a culmination of yesterday to offer customers a value when that’s what they’re looking for.

Inside the phone, Samsung is relying on Qualcomm’s Snapdragon 410, a quad-core processor clocked at 1.2GHz and paired with 2GB RAM, 16GB storage, and a microSD card if you want to expand on the available space that you have on offer.

Google’s Android 4.4 “KitKat” is provided on this phone out of the box, a little out of date, but still recent, and running Samsung’s TouchWiz overlay.

Connections for this phone are fairly standard for a mid-range model, with 802.11a/b/g/n WiFi, Bluetooth 4.0 with Low Energy (LE), Near-Field Communication (NFC), GPS, and 4G LTE connectivity, with wired ports working through microUSB for charging and data transfer, and a 3.5mm headphone jack.

Cameras are included, of course, and you’ll find a 13 megapixel shooter with flash on the back, while the front-facing camera is a 5 megapixel camera. Full HD videos are capable from these, too, if you decide to capture any movies.

This sits under a 5 inch Super AMOLED display running the high definition resolution of 1280×720 (720p), and is protected by Corning’s scratch-resistant Gorilla Glass 4. As far as pixel clarity goes, the numbers on this display add up to 294 pixels per inch, around 30 below Apple’s Retina grade panel.

As with all smartphones, there are only a few ports and a few buttons on this phone, with merely a 3.5mm headset jack and a microUSB port at the bottom, while the remaining trays are accessible via pin ejection on the right side of the phone, catering to microSD and nanoSIM.

Meanwhile, the buttons are your typical Samsung selection, with a volume rocker on the left side, a power button on the right, and the home button on the bottom front flanked by multitasking and back buttons on either side.

The battery in the Samsung Galaxy A5 is rated at 2300mAh and is not removable.

The majority of Samsung phones we see at GadgetGuy tend to sit in the upper end of the spectrum, making their way out to people eager for the latest and greatest, but what if that’s not you?

What if you want a phone that does everything well, but doesn’t cost the $999 to $1449 that the current crop of Galaxy S6 handsets go for?

For this, you can either turn to one of the older handsets, such as the Galaxy S5, which is no doubt dropping in price with its brand new brother and sister out (Galaxy S6 and S6 Edge), or you can look for something made for this purpose, and for that, Samsung has the Galaxy A5, one of the more interesting phones we’ve seen from the handset, primarily because it does a lot of good for a price range that well and truly is mid-range.

Take a look at the phone and you’ll see what we mean.

On the one hand, it’s clean, with a white plastic back that isn’t textured to be the fake leather like we’ve seen in the past, but just feels slick enough to be good, and not like the overly glossy plastic of some other handsets.

Offsetting this is a metal edge, and it’s real metal, not that fake metal trim Samsung used on the S5.

In fact, that metal trim has been borrowed from the style of the Galaxy Note 4, and that’s when it dawns on you that the Galaxy A5 is a bit of a balancing act, providing some of the better bits of past established Samsung flagship phones in a design that works well for a mid-range price.

For instance, there’s the back of the Galaxy S3 with its left to right flash-camera-speaker design, the edge of the Galaxy Note 4 made from metal painted white, and the camera from the Galaxy S4, because they’re both 13 megapixels and it makes more sense to assume Samsung grabbed the same sensor from the two year old phone instead of developing something new for the mid-range.

Yes, this appears to be Samsung looking back on past products and saying “this will work” by plucking various elements for an all-rounder that works across the board.

And that’s what this does, working across the board to provide something decent for a middle range price.