Samsung Galaxy A8 arrives in Australia 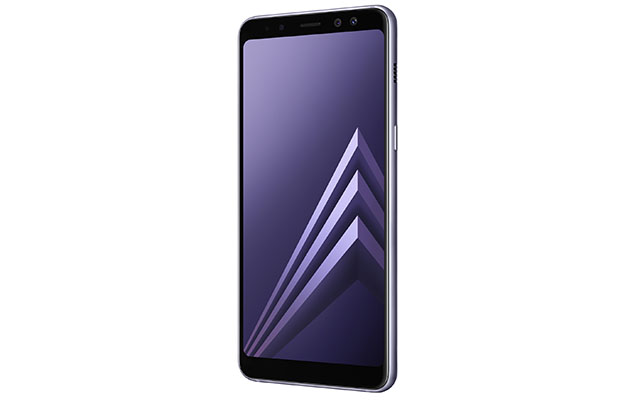 I look at the specifications of the Samsung Galaxy A8 and wonder: do I need a Samsung Galaxy S9? The A8 is just a little more than half the price yet does just about everything anyone could need.

It starts with the 5.6 inch display. No, it doesn’t match the incredible resolution of the S9. But it is AMOLED. And it is called an “Infinity Display” by Samsung, denoting that it “goes beyond the bezel, offering an immersive 18.5:9 display ratio,” that allows “users to view a whole scene across the screen for the ultimate cinematic experience”. It offers higher than full HD resolution: 1080 by 2220 pixels. It also has Samsung’s “Always On” display.

The case of the Samsung Galaxy A8 is waterproof, with an IP68 rating. That makes it good for up to 1.5 metres of immersion for up to half an hour.

It probably doesn’t match the processing power of the S9, but it does have an octa-core processor: 2 x 2.2GHz and 6 x 1.6GHz. That has 4GB of RAM to work in. It can’t be two much of a slouch because, as Samsung says, “is the first in the A series to support Samsung’s Gear VR”. That takes serious processing grunt.

Storage in the Samsung Galaxy A8 is the S7-era 32GB capacity, but there’s a microSD expansion slot accepting up to 400GB.

A little disappointingly, the operating system is Android 7.1.1 rather than 8.0.

The 3,000mAh battery is charged via a USB Type-C connection and supports fast charging. The press release inserts a “with compatible fast charger” qualifier whenever this is mentioned, so I’m guessing that the charger provided with the phone doesn’t support fast charging.

Network data support goes to Cat 11 LTE, the WiFi is dual band 802.11ac and the Bluetooth is version 5.0. Plus there’s NFC support, so in addition to easier Bluetooth connections, the phone supports Samsung Pay.

The main camera is an f/1.7 16 megapixel unit while there are two front cameras. Both are f/1.9, one with 16 megapixels, one with 8. This front camera arrangement seems to be designed to allow particularly fancy selfies. There’s a “Live Focus feature” which lets you “easily adjust the bokeh effect before or after you take the picture to create high-quality images”.

Here’s what we know.

Read what Samsung has to say about this phone here.