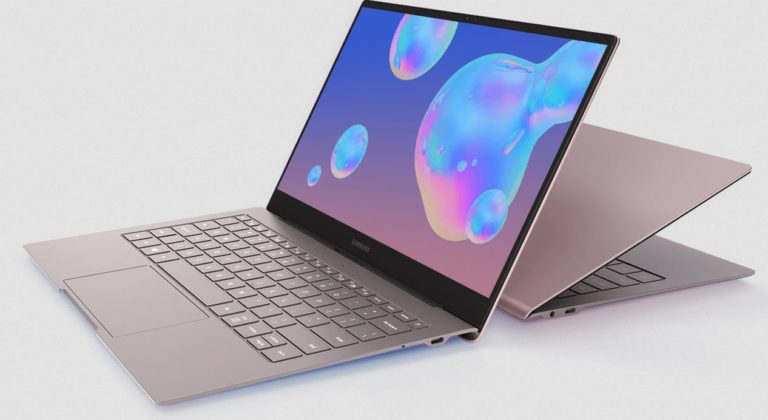 The new Samsung Galaxy Book S is the next in its Windows on ARM device. It is a 13.3-inch clamshell notebook with the latest Qualcomm SD 8cx Compute Platform and always-on LTE connectivity.

Samsung doesn’t sell Intel-based laptops in Australia, and has no immediate plans to so. Instead, it’s focusing on the growing ‘always-on, always-connected category’.

The Galaxy Book S joins the recently released Galaxy Book2 (a Surface Pro-like device) that GadgetGuy was quite impressed with. You may want to read that review first to understand how Windows on Arm (WoA) works.

“The Galaxy Book S was developed in partnership with Microsoft and Qualcomm. This new Windows 10 PC offers Gigabit LTE connectivity to the cloud, touch-to-wake capabilities, the leading Snapdragon 8cx compute platform and a premium design that that is ultra-slim and lightweight for uncompromised mobility.”

WoA promises all-day battery life and our experience with the Galaxy Book 2 confirms around 20 hours screen on time and 12 hours plus of video playback – amazing. Galaxy Book S claims 23 hours!

It uses the new 7nm Qualcomm SD 8cx – an enhanced SD850 (in the Galaxy Book2). Initial tests show it’s faster in Microsoft Office tasks than an Intel i5-8250U. Impressive for an ARM chip emulating Windows. It also was faster in gaming graphics in PCMark10.

According to Samsung, the Galaxy Book S’s GPU is 62% faster than the GPU in the Book2.

Australia will only see the LTE variant, which can support theoretical data speeds up to 1.2 gigabits per second, depending on the quality and flavour of your 4G connection.

The Galaxy Book S will likely have 8GB of RAM at launch, however, you can add up to 1TB of storage via the SD card tray.

Aimed at mobile professionals, students and small-to-medium-businesses, it will run Windows 10 Home and Windows 10 Pro (and optimised for x86 apps that run on Windows). Keep in mind that while 32-bit apps will work, 64-bit will not.

However, S will also run native ARM versions of Microsoft Office, with performance that’s expected to be about the same as laptops running Intel Core i5 processors.

It feels great too. It has a solid anodised aluminium body and an attractive, sleek and modern design.

The Galaxy Book S weighs just 960 grams, and is slimmer than the Book 2 at just 11.8mm with the lid closed.

There are two USB-C ports, a headphone jack and SIM tray. One of the USB-C connections can be used to charge the device.

The connectors will drive a USB-C external monitor and you can plug in a multi-port adaptor for USB-A and HDMI devices.

The Galaxy Book S launch date is still up in the air, however, we can expect it by the end of the year.

We don’t have a price yet but it’s intended to be “…in the sweet spot” for SMBs, according to Samsung. We’ll keep you posted when the price is revealed.

Valens Quinn attended the UnPacked 2019 event in New York as a guest of Samsung Australia.