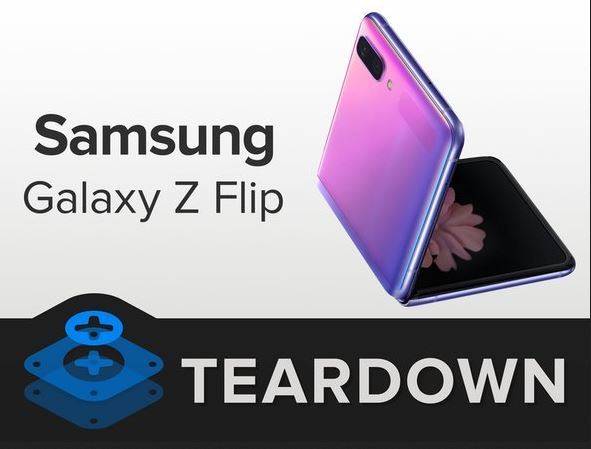 The Samsung Galaxy Flip Z has suffered iFixit’s torture teardown. Along the way it was subjected it to some over-the-top tests for dust resistance. Well, not over-the-top per se – poured through the hinge is more accurate.

To be fair, the Samsung Galaxy Flip Z is a serious piece of kit for style enthusiasts that want a powerful phone and to make a real statement. It is so damned sexy and cool. But said aficionados will need to exercise more than the usual amount of care for a phone costing well north of $2,000.

Samsung is apparently (at least in the US) is offering a US$119 replacement guarantee – no mention of that here.

So, what did iFixit find with the Samsung Galaxy Z Flip?

You can read the full teardown here, but following are a few highlights

It is a serious piece of kit with

The front glass is replacable without rear entry – great. Battery replacement is via the rear covers. It scores 2-out-of-10 for repairability – Motorola’s Razr scores 1/10.

Now to the dust

In normal use, you may get pocket lint type of dust. This larger dust is less likely to penetrate the hinge and sweeper technology brushes than iFixit’s penetrating purple pixie powder. Still, iFixit’s job is to identify potential issues.

And on another point, the screen is ultra-thin flexible glass. Other publications wrongly called it plastic. Instead, iFixit finds a pre-fitted plastic screen protector that we see on all Galaxy-class phones.

In all, it fares better than the far lower specified Motorola Razr – teardown here.