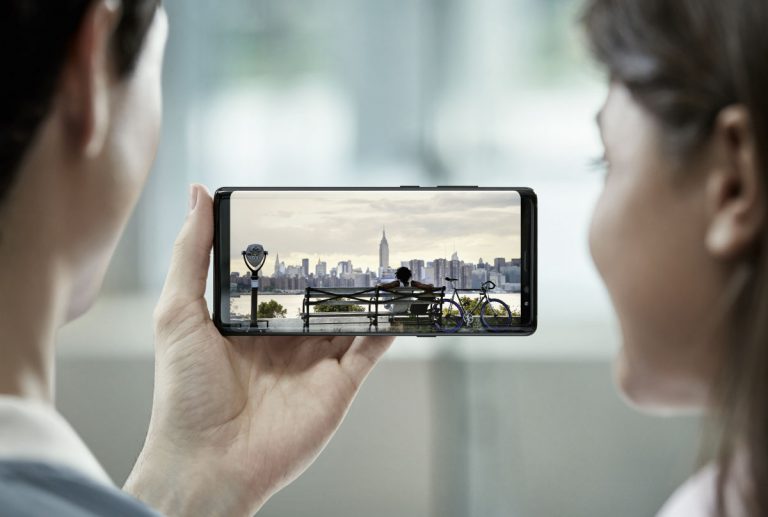 Many were saddened by the Samsung Galaxy Note7 fiasco. Not so much by the tiny probability of the phone catching fire – there were dozens of cases out of millions of phones sold – but because they had to surrender phones that they loved. They need mourn no more, for the Samsung Galaxy Note8 is arriving in September, and this time it ought to be here to stay.

Indeed, Samsung Electronics Australia has confirmed that the Galaxy Note8 will be available from selected retailers to pre-order in Australia from 25 August 2017, and available for immediate purchase from 22 September 2017. Colours? Gold, Midnight Black and Maple.

Plus there are a couple of deals going. Pre-order it from “a participating retailer” between 25 August and 21 September 2017 and you’ll get a free Samsung Convertible Fast Wireless Charger (RRP $119). (Through Samsung by redemption, so don’t hassle your retailer about it, but do make sure they are “participating”.) In addition, pre-order or buy it by 31 October 2017 you get “Samsung’s Screen Assure” program for free. That means one free screen repair for the first year of ownership.

The Samsung Galaxy Note8 has a clear family resemblance to the Galaxy S8 models, with a lovely wrap-around screen and very little phone body surrounding it. The 6.3 inch “Infinity” display has the same Quad HD+ resolution of 1440 by 2960 pixels and it of course uses Samsung’s stunning AMOLED screen technology. Much of your interaction with the screen will be by using the included S Pen. Samsung says that it has a “finer tip and improved pressure sensitivity”, footnoting that it means compared to the Note5, so presumably it’s the same as that in the Note7. (There never was a Note6.)

The screen has the “always on” feature that’s been included in premium Samsung phones the last couple of years. That’s something I love, allowing me to check notifications and the time without having to switch the phone on. (Battery draw is minimal.)

The phone packs two 12 megapixel cameras, one wide angle, one telephoto. The wide angle one uses Samsung’s Dual Pixel autofocus for, basically, just about the fastest automatic focusing on the market. It has f/1.7 sensitivity and, like the telephoto one, optical image stabilisation. The other camera is f/2.4. Samsung says that the camera as a whole has 2x optical zoom and 10x digital zoom. The 2x tells us that the telephoto section has double the effective focal length of the standard camera module.

The front camera is specified at 8 megapixels and f/1.7, which sounds like the same module as that in the current Galaxy S8.

The phono runs a processor. Of course. But details? Well, they depend on the market. My guess is here we’ll see the Exynos rather than the Snapdragon. Samsung specifies, whichever, as an octacore processor: either 4 x 2.35GHz and 4 x 1.7GHz, or 4 x 2.35GHz and 4 x 1.9GHz. I’d guess the former, since that matches the specs (close enough) of the latest Exynos 9 Octa 8895 processor, including the use of the new 10nm fabrication process.

Supporting the processor is 6GB of RAM.

Storage – internationally – is 64 or 128 or 256GB. I’m guessing 64GB here, but of course you can add a microSD card of up to 256GB. Traditionally Samsung doesn’t allow the Android feature of incorporating additional memory into system storage. I can understand why, since even the fastest card storage is way slower than built in memory. So I do hope the option for the larger memory sizes is made available in Australia.

The phone runs Android 7.1.1. As implied by the freebie on offer, wireless charging is supported (it’s compatible with both the WPC and PMA standards). It also supports Qualcomm Quick Charge 2.0 for fast charging (QC 2.0 supports 5, 9 and 12 volts for a maxmum of 18 watts).

Communications? Around the house and office you get 802.11ac dual band WiFi and Bluetooth 5 (with greater bandwidth to support the Internet of Things). Near Field Communications are supported too. Outside the 4G LTE is as fast as it gets, with LTE Cat 16 supporting a theoretical 1Gbps.

The phone works with Samsung’s DeX dock, which basically allows it to become a computing hub with keyboard, monitor, mouse, Ethernet and so on.

There are lots of sensors, including heart rate, proximity, fingerprint and iris sensor for biometric identification. Unlocking is via pattern, pin or password, iris, fingerprint or facial recognition.

Plus there’s navigation not only by GPS and GLONASS (the Russian system) but also Galileo (the European system) and BeiDou (the Chinese system).

And, of course, Samsung has learned its lesson. The batteries ought to be especially safe. Says Samsung: “Samsung continues to uphold its commitment to lead the industry in battery safety. The Galaxy Note8’s battery has undergone Samsung’s 8-Point Battery Safety Check—the most rigorous in the industry.”

Sajeev Jesudas, the President of UL International, a firm which among other things “helps companies demonstrate safety [and] confirm compliance”, says, “We have been closely working with Samsung to make meaningful advancements in the science of smartphone quality and safety evaluation. As a result, the Galaxy Note8 has successfully completed a rigorous series of device and battery safety compatibility test protocols.”

The phone itself scores decent dust and water safety, with an IP68 rating. That means dust tight, and save if immersed (up to 1.5 metres for up to half an hour, says Samsung.)

So, I trust and hope that the Samsung Galaxy Note8 will deliver on the promise of the Note7, even go beyond it, in large part by sticking around.