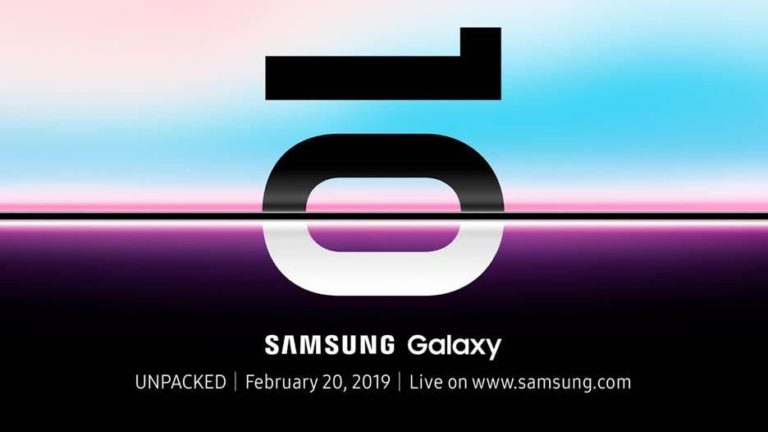 The Samsung Galaxy S10 series specifications appear to have been leaked before the 20 February launch in San Francisco.

GadgetGuy first reported in January on the impending launch of the Samsung Galaxy S10 and what to expect. And we were not far off the mark either.

GSM Arena has received an anonymous email from an inside source that indicates the specifications are as follows.

The five most important Samsung Galaxy S10 leaks are

Most of the smarts focus on the camera with AI, 20 scene optimisers (up from 10 on S9), Slow-motion video (editable), smart composition (good shot), zoom, colour point effects, and more.

It still has a 3.5mm audio jack and comes with the AKG headphones and single tuned speaker.

All support Wireless fast charge 2.0 and seem to have gone on a diet slimming down to 7.8mm and ranging from 150 to 175g.

New colours (depending on model)

Prism white, Prism Green, and on the Beyond 0 – Canary Yellow. The Beyond 2 (Plus size) will have a special limited edition in Ceramic White or Ceramic Black, and we suspect higher memory specifications and a big carrot to pre-order – rumoured to be an HDMI adaptor (for DEX), 10,000mAh Fast Charge Power Bank, Bluetooth buds, and other accessories worth over US$500. Delivery of pre-orders is around 15 March.

The Limited edition Beyond 2 (assuming it is also a 12GB/1TB) will be around $2399, and then you have the carrot sweeteners.

I don’t want to take anything away from LG V50 ThinQ, Sony XZ4, HTC U13, Pixel 4, or a handful of the phones powered by Qualcomm’s flagship 855 processor. But no matter how good these are these companies lack the marketing might of Samsung.

The mobile phone market is in strong decline as users hold off to see the impact of 5G. Analysts predict that users will hold onto their existing phones for a year to two years longer as 5G starts to make a difference in late 2020. Respected Australian analyst Telsyte said this month,

“There is a clear imperative for carriers to bring 5G handsets to market as soon as possible given the lengthening of the replacement cycle. Despite 5G mobile services not yet available in Australia, we believe consumers will want to ‘future-proofing’ their next purchase, given they anticipate using the same handset for the next three years or longer.”

Look at Apple’s sales death dive in Q4, 2018 and CEO Tim Cook’s ill-timed announcement that Apple will not invest in 5G handsets until late 2020 at the earliest to see this perfect storm coming.