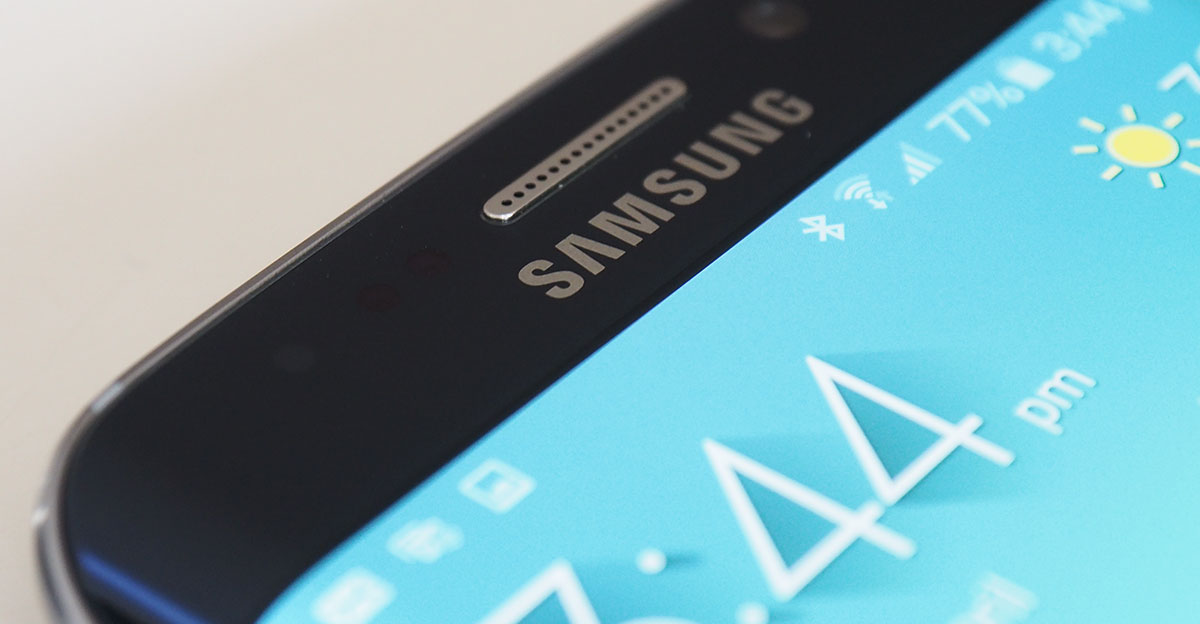 Flat phones are so passé, it seems, with the Galaxy S6 Edge showing us a future of curved smartphone goodness. Is this a taste of the future, or merely a gimmick demanding top dollar?

The second of Samsung’s two March 2015 releases this year, the Galaxy S6 Edge is the sibling to the Galaxy S6, with almost identical hardware between them.

While we could probably copy and paste our features section from the original Galaxy S6 review, we’ve instead rewritten it to highlight some of the differences between these handsets, so pay attention, because here’s what’s inside Samsung’s new edgy smartphone.

Processing is handled by a Samsung-made chip, the Exynos 7420, a piece of hardware made from a quad-core 1.5GHz processor and a 2.1GHz quad-core processor, together making an eight-core chip for use in a smartphone. This works alongside the Mali-T760MP8 graphics chip, as well as 3GB RAM, above the 2GB sweet spot that Android generally prefers.

Storage on this phone is set to one of three options, with either 32, 64, or 128GB the choice you have to make at the beginning, with no upgradeable storage slot found on the Samsung Galaxy S6 Edge.

Regardless of what you choose, you’ll find Google’s Android 5.0 “Lollipop” on this handset out of the box, with Samsung’s TouchWiz interface sitting on top of this.

Cameras are included on this handsets, a staple feature today, and for this phone, you’ll find a 16 megapixel rear camera with optical image stabilisation and an LED flash, while the front-facing camera is set to 5 megapixels. Both cameras are capable of recording video too, with Full HD supported by both, and 4K Ultra HD recordable on the rear camera.

Next to the rear camera, you’ll also find the heart-rate sensor, left over from the Galaxy S5, even if its position has changed.

Connections are standard for flagship fare, starting with the Category 6 4G LTE connection, providing speeds as high as 300Mbps down and 50Mbps up. Wireless networking is part of this package, too, with 802.11a/b/g/n and 802.11ac, Bluetooth 4.1 with A2DP and Low Energy (LE), GPS, Near-Field Communication (NFC), and infrared to use the smartphone as a TV remote if need be.

Wired ports are few and far between, and you’ll find a microUSB port on the bottom, as well as a 3.5mm headset jack. A nanoSIM slot can be found at the top of the handset, ejectable by a pin ejection mechanism.

All of this technically sits under or around a 5.1 inch Super AMOLED display running the resolution of 2560×1440, providing a pixel clarity of 577 pixels per inch, identical to the Galaxy S6, and higher than any other 5 inch smartphone currently on the market.

One difference can be acknowledged here between the S6 and the S6 Edge, and that’s the curved screen, with the 5.1 inch display curved at the sides ever so slightly, allowing the ends of the display to conform to the body rather than end at the edge.

Regardless of if the screen is curved or flat, it is protected by Corning’s scratch-resistant Gorilla Glass 4, and this appears on the front and the back, with a metal frame used as the other main material in the construction.

Beneath the home button, you’ll find a fingerprint sensor which can be mapped to your digits to help you securely login, as well as pay for goods and services.

The battery on the Galaxy S6 Edge is rated at 2600mAh and is not removable.

If you’ve already seen our review on the Galaxy S6, prepare yourself for more of the same, because Samsung’s Galaxy S6 Edge isn’t a similar model with a slightly different processor or an ultra-fancy camera.

No, this is a more or less identical to the S6 with the difference visible in the screen which now curves around the handset, encroaching on the metal frame and making it slimmer, thinner, and more like a line around the sides that reminds us of the line Samsung once had on its laptops.

That design is the primary reason why Samsung felt the need to make a different device, with one that will attract a different audience, specifically those looking for something uniquely modern.

And that’s precisely what they’ll get, because while you could compare the Galaxy S6 to other phones, such as the Apple iPhone 6, the LG Optimus G, and even Samsung’s own Galaxy S4, the S6 Edge doesn’t really look like any of them.

Oh sure, the bottom is very similar still to the iPhone 6, and that’s apparent on the standard S6, but the rest of the phone is slick, with that curved screen appearing near bezel-less because it curves ever so slightly on the edges.