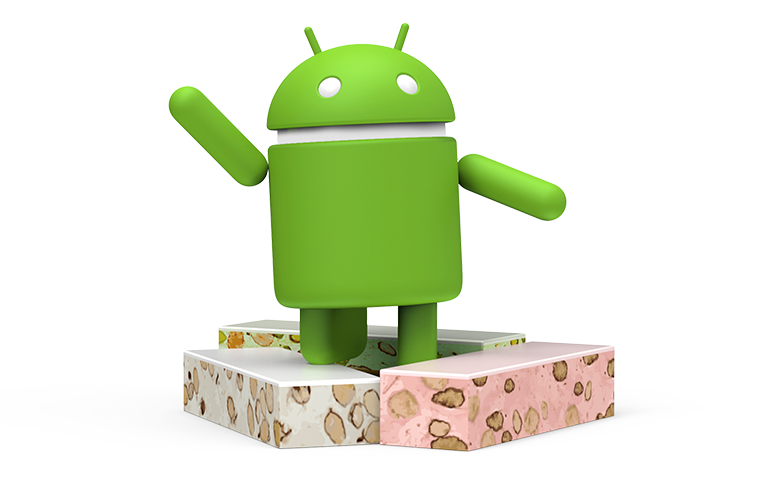 Google’s latest version of Android – version 7.0 Nougat – has been out for half a year, and Samsung has long since announced that its current and previous flagships, the Galaxy S7 and Galaxy S6 families, would be receiving it. Lately I’ve been reviewing a different phone (see the ZTE Axon 7 review next week) so I’ve been neglecting Samsung. But last night I switched on the Galaxy S7 and checked for updates. Yes, there was an update, and yes it was a biggie. Around 1.2GB from memory.

I pressed “Go” for the download and went to bed.

This  morning I let the update happen, and then left the phone to run through its processes for half an hour. Then, finally, it was done. The phone was sitting there with its “Always On” screen function showing the wrong time and more icons than usual.

A quick check of the settings menu showed that the phone was running Android 7.0, not the latest version, which is 7.1.1.

As usual, something not working right had me trying to fix it. Why was the time not right on my phone? The minutes were right, but it was three hours slow.

Three hours? Oh, of course. I was in Perth – three hours behind here at home – when I switched my SIM to the new review phone. And it’s still in that phone (due to go back into the Samsung some time today). The auto network time feature apparently depends on synching with the network provider, which requires a SIM.

The “Always On” feature is Samsung’s rather than Google’s, so the additional icons are an enhancement it has simply bundled into the one big update. That enhancement is that now all your notifications will be shown on the “on while off” display. Not the details, just a mail icon, for example, to let you know that there’s new mail. Basically, the same icons you see across the top of your phone’s screen.

There’s a lot of under-the-bonnet stuff provided by Nougat, such as improved power management and, in theory, the ability to integrate microSD card memory with the main phone storage. The latter isn’t implemented in Samsung phones, presumably because Samsung is frightened of the complaints about performance and malfunctions when people start integrating shonky, cheap memory cards into their phones. The seamless system update function might be good. We’ll have to wait for an update to see.

And, of course, there’s now the system wide split screen mode implemented at the system level, rather than Samsung’s own one which required suitable aps.

The three most obvious changes are kind of cosmetic. First, there’s the “blue light filter” which makes the display slightly yellower (presumably by filtering out blue light!) This is to allay concerns that using a phone near bed time might somehow make it harder to get to sleep. I can’t offer a useful opinion on that one as I don’t have trouble getting to sleep, even after using a filter-less phone.

That can be switched on and off via the quick settings section, which in turn has been redesigned. It features simplified and, in my opinion, more stylish icons and the ability to not only change their order, but change the number of them displayed on the grid. The whole settings menu structure has also been re-ordered, so it may take a touch longer to find some formerly familiar things, but the groupings do seem more logical than previously, so it’s a change that’s worth it. Sammy’s previous superfluous ‘Quick Settings’ section at the top of the settings screen additional quick settings has now gone.

Why? The physical resolution of the panel remains the same. Apparently it saves power. I’ll be leaving it at that for the time being to see how it looks. So far it’s fine. But I do find the power saving claim odd. Yes, graphics processing will likely need less power because it’s manipulating 2.07 million pixels instead of 3.69 million pixels. But it also means that those 2.07 million pixels now have to be processed an additional time to scale them up to 3.69 pixels for display.