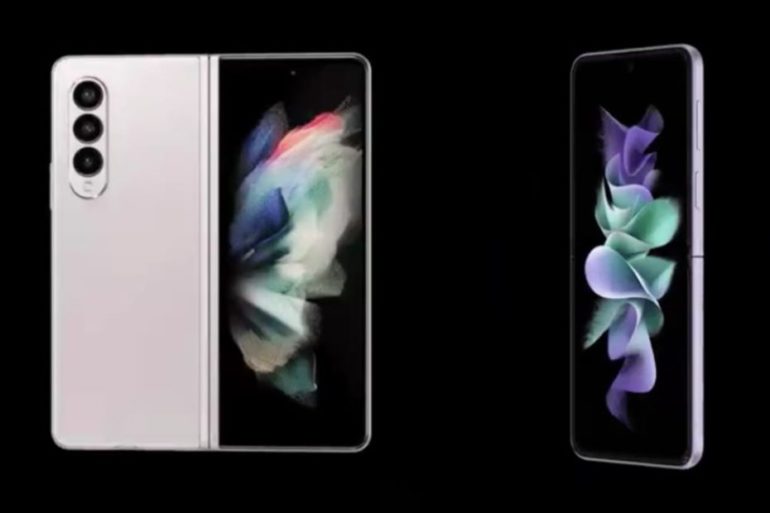 The latest Samsung Galaxy Unpacked August 2021 leaks appear to reveal the entire line-up for the tech giant’s next unveiling of smartphones and wearables.

It’s leaking season, and rumours abound when it comes to upcoming announcements from Google, Apple and Samsung. The next Galaxy Unpacked event is due August 11th. Of course, we already have a pretty good idea of what Samsung will have on offer, thanks to noted leaker Evan Blass.

Samsung has led the resurgence of folding phones, so it’s no surprise that leaks include the Galaxy Z Fold3 and Galaxy Z Flip3.

Likely packing Qualcomm’s Snapdragon 888 processor, it will feature a more durable water and dust-proof design. It may also be the first Samsung phone to feature an under-display front camera. This would eliminate the need for cut-outs and notches at the top of the display.

The upcoming Galaxy Z Fold3 may also support the S Pen stylus – the original province of the Galaxy Note and later the Galaxy S21 Ultra.

Meanwhile, clamshell-style flip smartphones open vertically like an old-school Star Trek communicator. The concept goes back to the 1990s with the Motorola Startac and Nokia Communicator. Perhaps the best-known flip phone was the original Motorola Razr.

Unlike early flip phones, the new generation of flip phones has a small external screen visible when the device is ‘flipped shut’.

It appears that the Flip3 will feature a slightly smaller body, yet still manage to incorporate a larger external screen. It is likely only to be a 5G model.

Samsung’s Galaxy Watch smartwatches are reportedly getting an upgrade. They will run the One UI Watch overlay on Watch OS rather than Tizen.

The One UI overlay is similar to that used on Samsung smartphones and tablets. Google and Samsung will merge Wear OS and Tizen – ‘Wear’ – in everybody’s best interests.

Smartwatch fans should expect to see the Samsung Galaxy Watch4 and Watch4 Classic. They retain the rotating bezel and two large buttons on the right edge, found in previous models.

The S21 FE should use the Snapdragon 888 power plant. But its release could be for the US and Europe only due to chip shortages. Due to these shortages, it’s looking unlikely that the Samsung Galaxy S21 FE will even make an appearance at the next Samsung Galaxy Unpacked event.