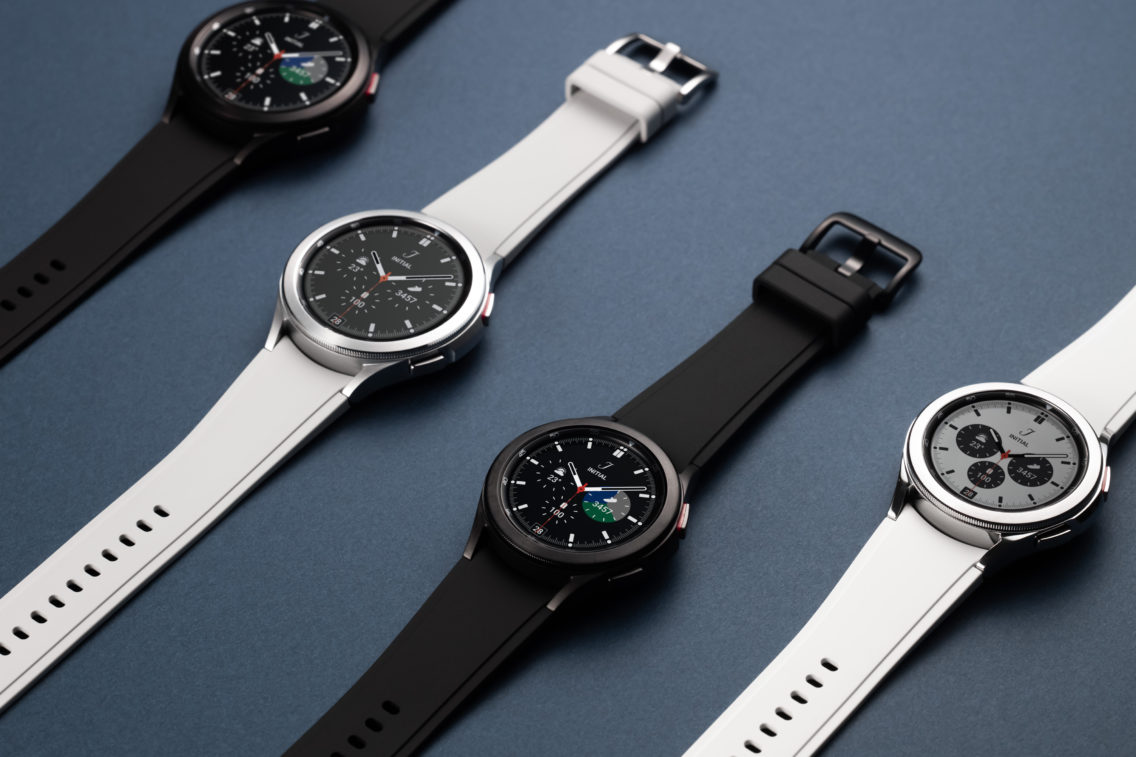 Samsung’s Galaxy Watch 4 is the latest in the line of smartwatches claiming to be a full blown health and fitness tracker. This time around, Samsung has Google’s Wear OS ecosystem of apps under its wing.

Unique to the Galaxy Watch 4 is the ability to calculate body fat percentage and muscle mass using a technique called bioelectrical impedance (BIA). There’s also a blood pressure monitor brought across from its predecessor, and even snore detection.

The question is, just how accurate is the Galaxy Watch 4 as a health and fitness tracker? Also, how well does it function as a smartwatch given its shift from Tizen to Google Wear OS? Let’s dig in.

Closer to a traditional watch in design

The Samsung Galaxy Watch 4 is powered by an Exynos W920 dual core processor. This is accompanied by 1.5 GB of RAM and 16 GB of internal storage, where more than half is taken up by the OS and preinstalled apps and services. The remaining can be used for more apps, data and music. In terms of connectivity, you have Bluetooth 5.0 and dual band Wi-Fi as well as an LTE model for both the Classic and the regular Watch 4.

Each model is also IP68 water and dust resistant, which means you can submerse them in water up to five metres.

The circular watch face means that the Galaxy Watch 4 looks closer to a traditional wristwatch than the squared off design of the Apple Watch which, in our book, is a good thing. The included watchband, while comfortable, is fairly bland but thankfully they can be swapped out with any regular 20mm watch band.

There was a lot of excitement around the news that Samsung will be ditching Tizen in favour of Google’s Wear OS starting with the Galaxy Watch 4. The reality is that while we do get access to a larger library of apps courtesy of the Google Play Store, Samsung services are still baked in fairly deep to the point that it feels more like a hybrid OS.

The most glaring is that the Galaxy Watch 4 doesn’t support Google Assistant. Instead, you’re forced to use Samsung’s own and much less capable Bixby. Similarly, while you can download Google Pay, there’s no way to make it your default contactless payment option. This means that you need to manually fire up the app every time you want to pay for something over the counter.

Compounding the issue further is that in Australia, at least, Samsung Pay doesn’t support as many bank and credit cards as Google Pay, which will make switching for some not an option.

The other issue is that some of Samsung’s key health tracking features such as ECG and blood pressure will only work on Samsung Galaxy phones. While compatibility issues with non-Samsung Galaxy phones may disappoint potential buyers, most of the watch’s features will get on fine with just about any Android phone including heart rate scanning, body composition, SpO2, stress and sleep tracking.

On the upside, Samsung Galaxy phone owners get access to Samsung’s Health app, which is far superior when it comes to features and usability than Google’s own Fit app (more on that later).

Outside of health and fitness, the Samsung Galaxy Watch 4 is a proper smartwatch and strives to be an extension of your phone. You can install a variety of apps via the Google Play Store and do more than a handful of things from the watch screen. This includes answering calls, replying to messages, using Google Maps and streaming music.

The perks of access to the Play Store is felt throughout the Galaxy Watch 4 experience. For example, responding to text messages has always felt cumbersome on older Galaxy Watches, as Samsung’s voice to text engine never felt accurate enough to use regularly. Also, the option to use a T9 keyboard on such a small display is about as frustrating as it sounds.

You can now get around this by downloading GBoard from the Play Store, which has a swipe to text keyboard and enables Google’s more accurate text to speech engine.

Anyone coming from a previous Galaxy Watch model will feel right at home as the user interface retains the same Tizen look and feel in addition to what WearOS offers. Samsung has retained the excellent physical rotating bezel for scrolling on the Galaxy Watch 4 Classic while the vanilla Galaxy Watch 4 has a touch-enabled bezel similar to that of the Active 2.

Swiping down on the home screen gives you access to the quick settings menu, while swiping up opens the app drawer. All the installed apps are neatly arranged with circular icons. Swiping right on the home screen opens the notification centre, and swiping left lets you cycle through certain widgets like daily activity progress, weather, stress level, etc.

One of our favourite features is how the watch will automatically show media controls whenever you start playing a video or podcast on your phone or when casting to a TV.

Overall, it’s an easy to use and nicely designed interface, though it can run a little sluggish at times.

The Galaxy Watch 4 offers the most complete health and fitness tracking on any smartwatch to date, but just how accurate is it?

Let’s start with the heart rate monitor as that is the main metric that is used to determine how many calories you burn during daily movement and workouts. We tested the heart rate monitor across a range of activities including biking, running, weight training, yoga and basketball. We then compared the results with the readings from a Polar H10 chest strap, which is generally considered one of the most accurate consumer devices available for heart rate measurements.

Overall, the Watch 4 stayed within a few beats of the Polar H10, which is a great result. However, we did notice the heart monitoring became more erratic on hotter days where we sweated on bike rides and took a bumpier than usual trail. We also noticed that there were stretches on our runs where the Watch 4 would go a few minutes without recording a heart rate at all. We did find that switching to a third party app like Strava provided a more consistent capture of heart rate.

That said, the level of analysis you get from the Samsung Health app for running is particularly impressive, giving you insight into every step you take from ground contact time to step asymmetry. All of this can be useful in helping perfect your form.

The watch can track a wide array of workouts and covers most of the popular ones from walking, running, swimming to freestyle workout, strength training and a handful of sports. The auto-pause and auto-resume workout features generally worked okay, but it can take longer than it should to resume, thus reporting less distance than you actually cover.

Automatic tracking for tougher to detect activities such as yoga wouldn’t work at all, so you’ll need to remember to select it from the activity list before starting a session.

Like most other smartwatches, the Galaxy Watch 4 uses an optical heart rate monitor. This can be inaccurate during more rigorous exercises like weight training where constricting muscles impede the blood flow during reps, resulting in much lower readings. The Watch 4 picks up the heart rate accurately in between sets where you’re able to rest and your heart is able to push blood through those muscles again. However, the up and down readings ultimately mean that the recorded fitness data is not as accurate as you might expect. Again, this is something that affects most wrist-based heart rate monitors.

I would recommend pairing the Watch with a Bluetooth chest strap like the Polar H10 for heart tracking duties if your fitness regimen involves regular strength training exercises.

The headline feature of the Galaxy Watch 4 is the ability to calculate your body fat percentage and lean muscle mass using bioelectrical impedance analysis. BIA works by calculating the amount of water in the body by emitting weak electrical currents. The signal moves more quickly through tissue that has higher percentages of water and, since fat has a lower water content than muscle, the technique can estimate how much fat is present in a person’s body. Most available devices that use BIA to track body composition send the current through the soles of the feet such as a smart scale or through the palms. Samsung shrunk the sensors down to fit on the back of the watch and all it requires is for the user to place two fingers on the watch buttons for a few seconds while staying still.

The biggest drawback to switching to WearOS is the battery life. Where previous Tizen based Galaxy Watches delivered a runtime of 2-3 days before needing to charge, we rarely achieved more than a day with the Galaxy Watch 4. This was with the always-on display enabled.

Even on our non-gym days where we wouldn’t be using continuous heart rate monitoring or GPS, both the Watch 4 and the Classic would struggle to go beyond 24 hours. For a device that’s designed to stay on your wrist throughout the day as well as night for things like sleep tracking, it’s a little disappointing.

While the Galaxy Watch 4 doesn’t break the smartwatch mold when it comes to battery life, it is largely in line with other smartwatches such as the Apple Watch 7. Those looking for a substantially longer run time should consider a dedicated fitness watch like the Garmin Venu 2 and Suunto 7 both of which boast more than 7 days of battery life.

It’s also worth noting that the Galaxy Watch 4 isn’t fast to charge either with the included wireless charger taking over 90 minutes.

Despite a few shortcomings, the Galaxy Watch 4 puts Android smartwatches back on the map. At a starting price of just $399, it represents great value when you consider how feature packed the Galaxy Watch 4 is. If you own a Samsung Galaxy phone, then the Watch 4 is the ideal accessory, especially if you care about health and fitness tracking.

However, for other Android smartphone owners, I would suggest waiting to see what Google and its recent acquisition of Fitbit will bring to the table before diving in.

Samsung Galaxy Watch 4
The Galaxy Watch 4 offers the most complete health and fitness tracking on any smartwatch to date but there's room for improvement.
Features
9.2
Value for money
9
Performance
7.8
Ease of use
8.5
Design
8.5
Positives
Looks more like a traditional watch than a smartwatch
Access to apps on the Google Play Store
The physical bezel on the Classic and the virtual rotating bezel on the Watch 4 work really well for navigating the user interface
Class leading health and fitness tracking features
Competitively priced
Negatives
No Google Voice Assistant
No way to make Google Pay your default contactless payment options
Auto detecion of workouts needs improvement
Body composition feature too inconsistent for it to be reliable
Blood pressure and ECG won't work with non Samsung phones
8.5