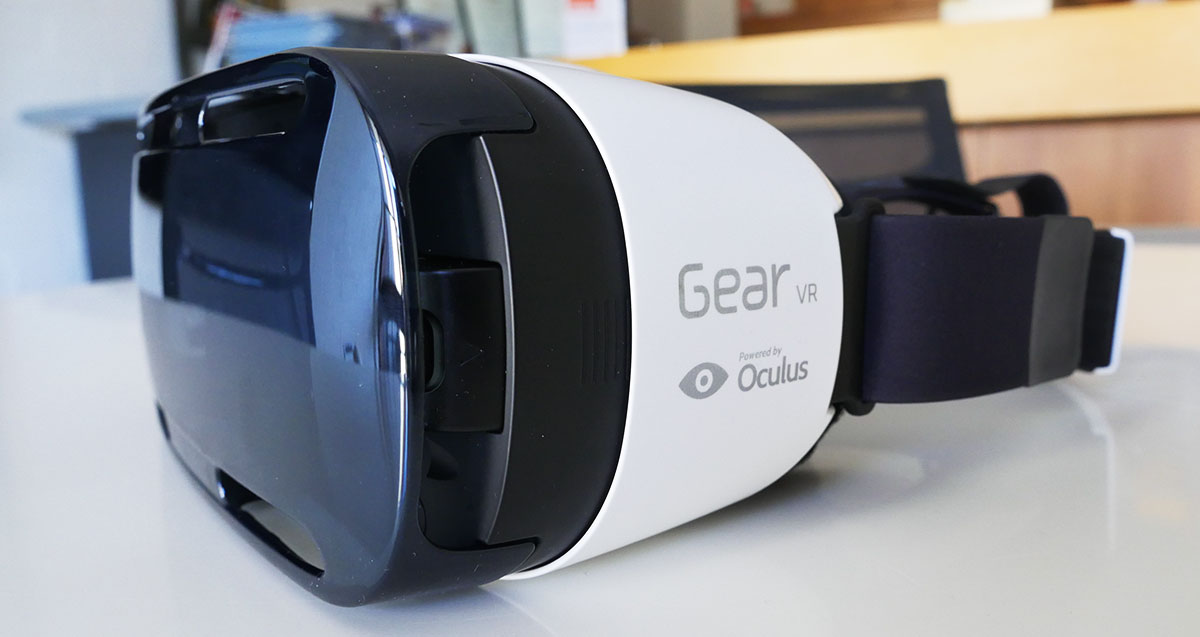 Called the Gear VR ‘Innovator Edition,’ and powered by Oculus technology, the headset creates the same 3D, 360 degree, cinematic, virtual reality experience as its older brother, albeit this time using the 5.1 inch screen of the S6.

Samsung has also applied some leanings from the first Gear VR, which has led to some improvements:

First, thanks to the incredibly high 577 pixel per inch screen of the S6, images should have less pixilation than the original Gear VR, which uses the Note 4’s screen. While we haven’t tested this yet, just how much smoother the Innovator Edition’s image appears will largely be influenced by the amount of zoom created by the built-in lenses.

Also, since the S6 has more processing power with an 8-core processor, this should translate to very fluid visuals and even faster responsiveness to head-motion tracking.

With a 15% reduction in size over the original Gear VR, the Innovator Edition is lighter and expected to be more comfortable to wear, and a bit less front-heavy.

Thankfully, the Innovator Edition can be self-powered, rather than just relying on the phone’s charge, and can be connected independently by a micro USB cable.

There’s also some electronic cooling in place to keep the device from getting uncomfortably hot during extended sessions, or watching back-to-back videos and movies.

In terms of things to watch, Gear VR Innovator Edition users can download content from top-tier creators including thrilling VR games and 360 degree including a new performance from Cirque du Soleil, Kurios.

No official word on when the Gear VR Innovator Edition will appear in Australia, or for how much, though we are told it will be soon and suspect it won’t be too much more (if any) than the current Gear VR for the Note 4.

Valens Quinn attended the Samsung UnPacked event in Barcelona as a guest of Samsung Australia.