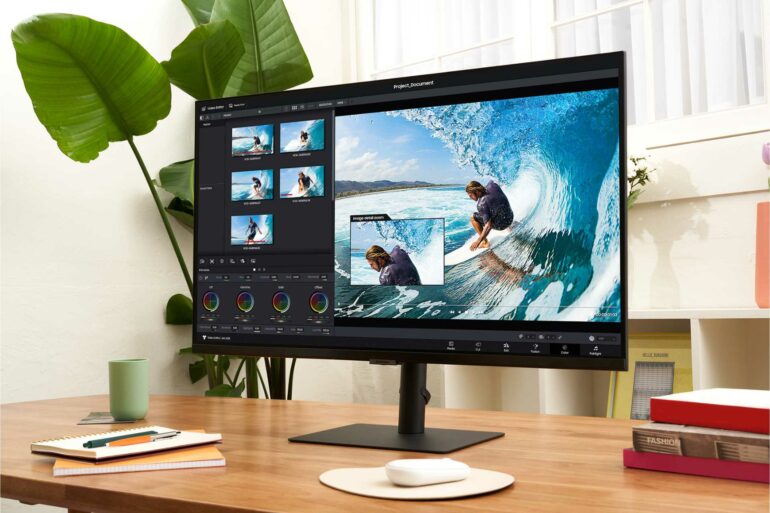 Samsung has announced its latest monitors coming to Australia, including the 2022 ViewFinity range for business and creative users, in addition to new Odyssey gaming displays.

What immediately catches the eye is the 32-inch Odyssey Neo G8, a monitor Samsung claims is the first 240Hz 4K gaming display in the world. It headlines three gaming additions, with the Odyssey Neo G7 and Odyssey G4 also available for pre-order ahead of 8 August.

Samsung going on a gaming Odyssey

Alongside the flagship G8 display are the Odyssey Neo G7 and Odyssey G4 gaming monitors. The G7 is also a 32-inch 1000R curved VA panel unit, with nearly the exact same specs as the G8 except it has a slightly slower – but still decent – 165Hz refresh rate. Conversely, the Odyssey G4 is more of a budget option, coming with a 1920 x 1080 IPS flat panel capable of a 240Hz refresh rate.

On the work end of the spectrum, Samsung has launched the ViewFinity S80PB UHD Business Monitor. Aimed at business and creative users, ViewFinity is the new label Samsung uses to refer to its high resolution monitor range.

Available in 32-inch and 27-inch models, the ViewFinity S80PB has a 4K IPS panel with a DisplayHDR 600 rating. One of the big selling points is its wide viewing angle and glare-free screen to help provide a comfortable workspace wherever you’re set up.

Another headline feature is that you can connect the ViewFinity S80PB via a USB-C cable. This enables display signals, 10Gbps data transferral, Ethernet connectivity, and fast charging of up to 90W. It’s also designed to be space-efficient and ergonomic, with various tilt, swivel, and adjustment configurations to suit your needs.

Manufacturers are continually pushing what’s possible with modern technology. Samsung’s G8 monitor stands out for its combo of 4K resolution and 240Hz refresh rate. Once upon a time, you had to choose between resolution or refresh rate. Companies like Samsung and Dell are proving that’s no longer the case – as long as you don’t mind paying a premium for the luxury.