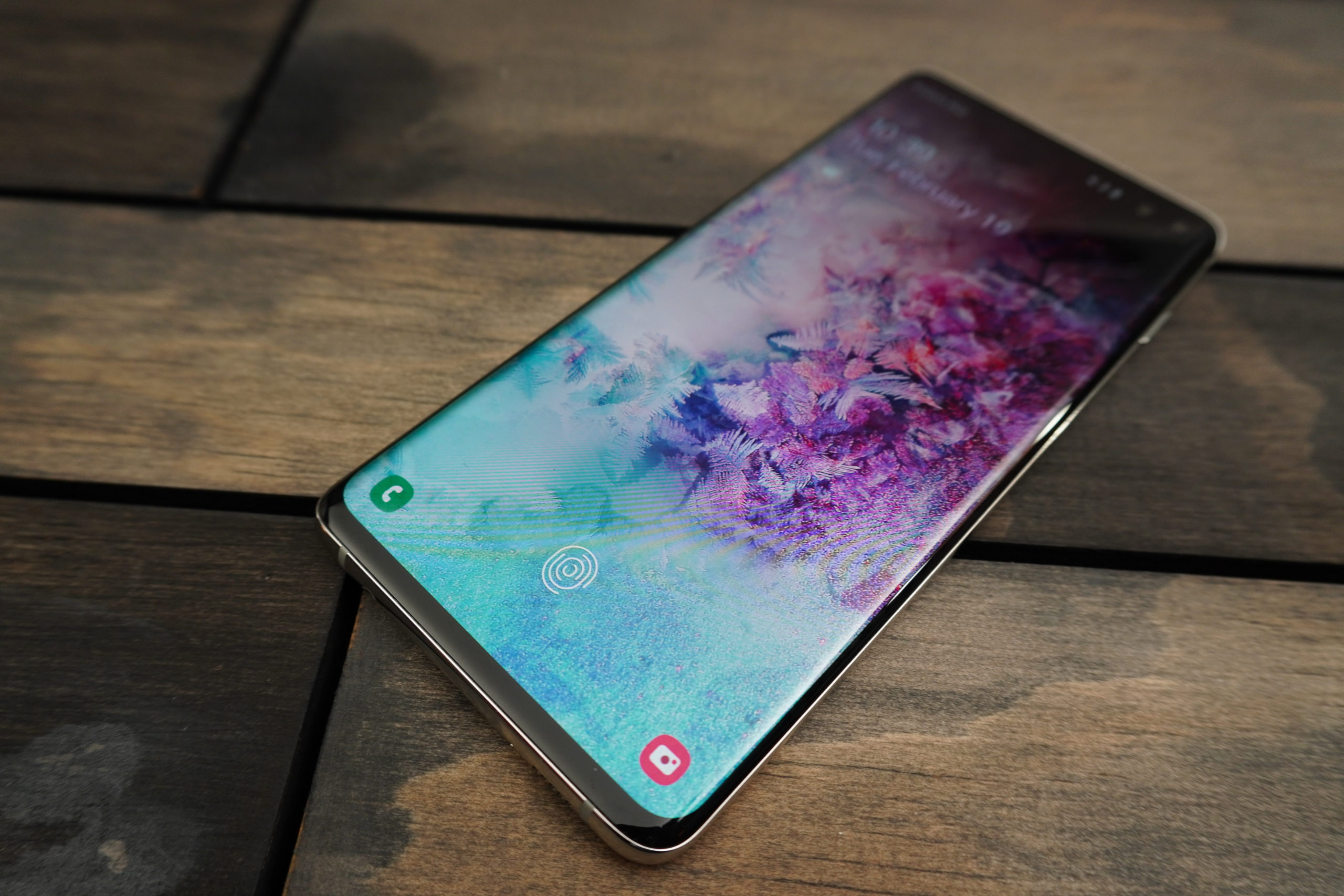 Samsung launches the Galaxy S10 including a 5G model

Samsung has fired the first shot in the 2019 Smartphone war with the launch of not one but four new Galaxy S10 models. Traditionally, Samsung has launched its flagship Galaxy S phones in Barcelona, however this year, the Korean Electronics giant chose the Bill Graham Civic auditorium in San Francisco for its UnPacked 2019 event.

This happens to be the venue also frequented by Apple for many of its product launches. Coincidence or not, it’s clear that Samsung is intent on taking the competition right to Apple’s doorstep.

The four members of the Galaxy S10 range start with a first-ever lower-priced S10e model, followed by the fully fledged S10 and even larger S10+, along with the ultra high-tech Galaxy S10 ‘5G’ variant.

According to a Samsung spokesperson, the rationale behind four new S10 models was to provide wider choice for informed consumers who are “…more aware of what they want in a phone”. This is a similar strategy followed by Apple with its iPhone XR ‘entry-level’ option.

Another first, there’s going to be a Galaxy S10 ‘5G’ model that be one of the first phones available in Australia to work on the upcoming 5G mobile network.

Unlike the others, the Galaxy S10 5G will feature a bigger 6.7 inch Dynamic OLED display, a higher capacity 4500mAh battery and a new 3D depth-sensing camera. We can expect to see the 5G model to go on sale a bit later than others, although it will still be available before July 2019.

The remaining three Galaxy S10s will be on sale earlier on March 8th, and with features detailed below. Pre-orders will begin on the 21st of February.

Starting with the screen, all of the S10s are equipped with the latest Dynamic OLED display technology. It’s still an OLED screen, which has now been verified by DisplayMate to produce “…the world’s most accurate colors (sic) on a mobile device.”

The display is also brighter than ever at 1200nits, and is HDR10+ certified. This means the S10 will dazzle on the movie and video front with wide, dynamic colour range support when playing HDR10+ content, and the extra screen brightness is ideal for outdoor viewing in Australia’s sunny climate.

Size-wise, the S10 and S10+ get 6.2 and 6.4 inch screens respectively, both of which are curved at the edges. The S10e is a more compact device and has a 5.8inch display instead with a completely flat edges.

Samsung has also introduced what it calls ‘Infinity-O’ technology, which has taken all of the sensors and dual front facing cameras and combined them into a small oval window on the upper right hand edge of the screen. This negates the traditional ‘notch’ or top edge ‘cut-out’ that the iPhone X and other Android phones have used to position their cameras and sensors.

Overall, the oval is smaller, and the off-centre position may make it less noticeable. However, considering that the non-5G models use fewer sensors as they don’t support 3D Facial Recognition technology, there’s less to deal with compared to Apple’s 8-element TrueDepth system that requires a ‘notch’ to fit across the top of the screen.

The new Dynamic OLED technology also hides another trick – an ultrasonic fingerprint sensor. Samsung has moved the fingerprint sensor from the rear of the phone to beneath the lower portion of the screen. As it uses ultrasonic signals to ‘map’ your fingerprint, this creates a 3D picture, rather than a less secure 2D ‘photo’ like some other phones.

Essentially, the technology makes it more difficult to spoof a fingerprint, and as you can use your fingerprint to access Samsung’s secure Knox encrypted file protection, it needs to be quite secure.

In use, we found the fingerprint sensor’s position to be quite practical, and it unlocked the phone every time we tried it. It should be noted that there still isn’t a 3D facial recognition option, such as that found in the iPhone X or Huawei Mate 20 Pro.

Positioned as a “next generation premium smartphone” the Galaxy S10 range certainly looks the part. The S10+ models come with an exclusive choice of white or black ceramic cases. Unlike the glass-backed S10 and S10e models, the ceramic material add an lux, high-end feel, and is very scratch resistant and durable.

Australians will get the S10 and S10e models in Prism Green, Prism Black or Prism White, however, these will be glass-backed cases, not ceramic.

Samsung is going all out with the ‘pro-grade’ camera system on the S10 range. Apart from the S10e, which gets a dual-lens rear camera, the S10, S10+ and S10 5G models feature a triple lens system on the rear. A new Ultrawide lens makes it possible for a 123 degree field of view (FOV), fantastic for sweeping landscapes, and is said to capture perspectives more like “the human eye”. There’s a 77 degree FOV ‘Wide’ lens along with a 45 degree FOV Zoom.

Another standout feature of the S10 range is its ability to function like a wireless charger. Called Wireless PowerShare, this lets you share your juice with other phones, smartwatches or earbuds that support the Qi wireless charging standard.

PowerShare is a super-handy feature meaning you don’t have to bring a bird’s nest of charging cables when you travel, as you can rely on your S10 as a charge mat, and simply place your watch or earbuds, or a friend’s phone on it to recharge it.

The S10 can even charge itself and another wireless device at the same time while plugged in. Devices must be compatible with the Qi wireless charging standard, however most are these days including iPhones and many peripherals.

The S10 range now comes with optimised ‘Intelligent Wi-Fi’ that “…allows for an uninterrupted and safe connection by seamlessly switching between Wi-Fi and LTE, as well as alerting you of potentially risky Wi-Fi connections.” There’s also support for the new Wi-Fi 6 (802.11ax) standard which is up to 20 percent faster than Wi-Fi 5, and there’s increased LTE speeds up to 2 gigabits per second.

Smart assistant Bixby sees a couple of tweaks as well including new ‘Routines.’ On the S10, Bixby will learn from your usage habits to automate things you do often. For example, it can optimise your notifications around bed time, or reduce distractions during driving.

On the gaming front, the Galaxy S10 is the first smartphone optimised for the Unity Engine. This is a popular 3D gaming engine used by many of the most popular mobile games, such as Fortnite. The result is faster game loading times, more responsive action and lower latency. There’s Dolby Atmos support for games as well, and the S10’s vapour chamber cooling system reduces heat build-up so you can play for longer without holding onto a hot phone.

The on-sale date for the Galaxy S10 range of smartphones in Australia is March 8, 2019.

Some of the above specs will vary, depending on your mobile provider. For more information about Galaxy S10, visit Samsung’s newsroom here.

Valens Quinn travelled to San Francisco for the Unpacked 2019 Galaxy S10 launch event as a guest of Samsung Australia.