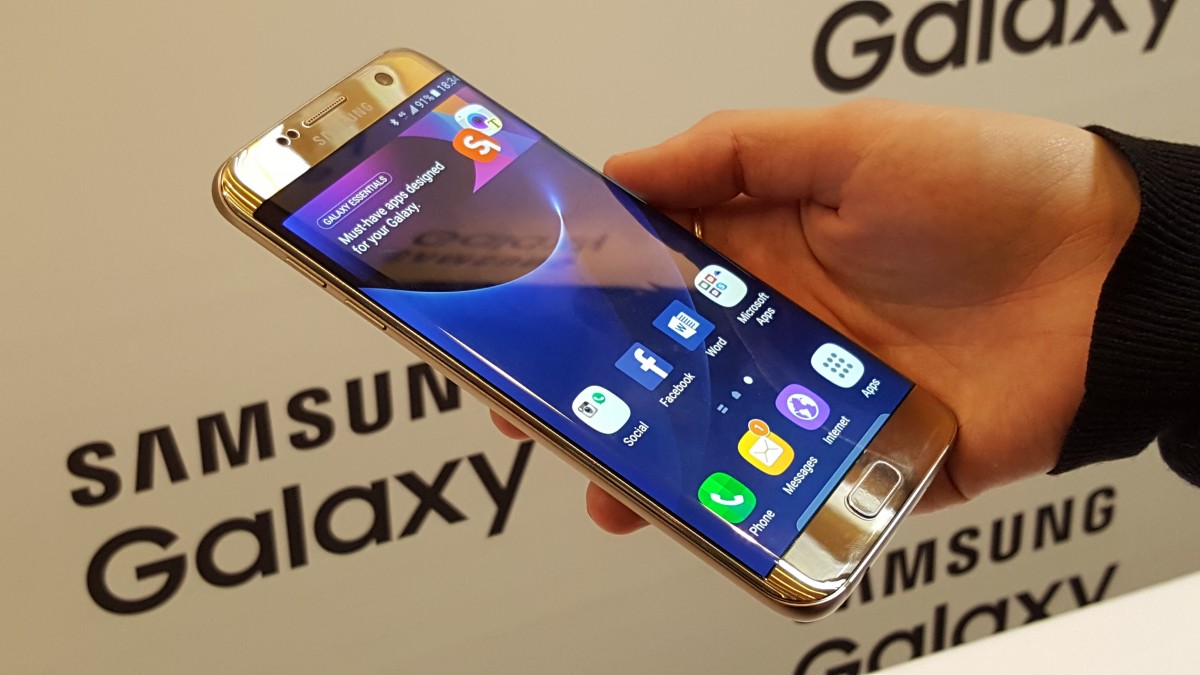 The edges are rounded for more comfort.
Home
Mobile

Samsung has taken the wraps off of its new mobile phones just prior to the Mobile World Congress show in Barcelona.

Stylistically, both phones look similar to the current S6 models, with the same glass and metal construction that was received favourably when launched about a year ago.

However, there are some improvements to the design, notably the underside edges of both phones now curve inwards like the Samsung Note 5, making them easier to pick up when lying on a flat surface.

Also, there is more rounding of the corners for a more comfortable ‘in hand’ experience, and the camera bump now only protrude 0.5 millimetres out of the case.

A return to form

A lot of Samsung fans will be very pleased to see the return of the expandable memory, via a MicroSD card, as well as IP68-rated water and dust resistance.

The MicroSD card can be inserted in the device via the newly designed slide-out SIM tray, which also has room for a second SIM.

Up to 200GB of storage is supported, and Samsung says that the Dual SIM / MicroSD tray will be available on phones sold in Australia, so we’re hoping to see Telcos start to offer plans that include multiple SIMs on a single account.

Also, Samsung has designed the new S7 models to be waterproof “from the inside,” meaning that there’s no need for special plugs to seal up the USB connector or headphone jack.

The only element that has not returned, however, is the user-swappable battery, although the S7 and S7 Edge batteries have been increased in capacity to 3000mAh and 3600mAh respectively, meaning improved battery life, though we’ll need to test this when we get a review unit.

The new phones get an ‘always on display’ which can show the time, calendar, battery status and notifications. The idea is that you don’t need to turn on your phone’s screen in dark places like the movie theatre to see this information, as it’s already there, only dimly lit.