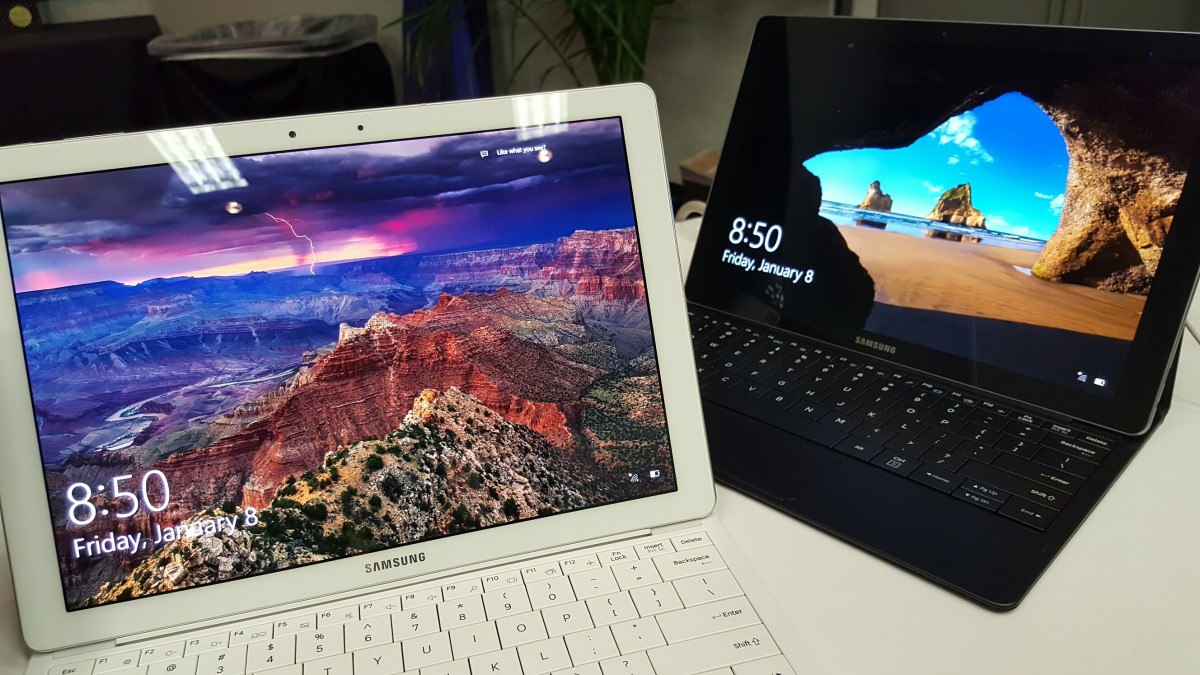 Samsung has unveiled a new 2-in-1 tablet at the Consumer Electronics Show (CES) in Las Vegas.

Called the TabPro S, this is a productivity focused device with a large 12 inch, 2160 x 1440 Super AMOLED display and attachable keyboard cover.

Most notably, the TabPro S runs Window 10 (Home or Pro editions), so it’s capable of operating like a fully functionally notebook, but with the portability benefits and touch screen of a tablet.

Measuring just 6.3mm thin and weighing only 693 grams, the TabPro S is the lightest Windows 2-in-1 tablet available in Australia, weighing about 70 grams less than the Windows Surface Pro 4.

The keyboard cover attaches to the TabPro S with a sturdy magnet, and includes a small trackpad full-sized keys.

The case provides two resting points for the screen to be positioned including a ‘stand mode’, and the ‘Pogo-pin’ connector means that the keyboard doesn’t need to be charged or synched independently.

While there are dual 5 megapixel front and rear cameras, with the rear supporting Auto Focus, the front camera does not support Windows 10’s Hello6 face-authentication.

A dual core 2.2HGz 6th generation Intel Core M processor is equipped, which draws just 4.5 watts of power, and there’s 4GB of RAM and either a 128 or 256GB solid state hard drive.

On the power front, Samsung expects the TabPro S to be able to play 10 hours of continuous video, and its batteries can be fully charged in 2.5 hours with enhanced fast charging.

The TabPro S will also have 4G LTE cat 6 networking on Australian units, making it easy to stay connected when being used away from the office.

It’s also good to see that a USB-C port is included , although a multi-port adapter is needed to provide HDMI and USB types A and C ports, as this is the only connector (and charger) on the unit.

The keyboard cover is included in the box, along with a one-year subscription to Microsoft’s Office 365. There is also a Bluetooth stylus, although this is not included.

“Samsung Electronics Australia can confirm that the Galaxy TabPro S and Gear S2 Premium will be launched in Australia later this year. We will confirm local pricing and availability for each product closer to the local launch.”

Valens Quinn travelled to CES Las Vegas as a guest of Samsung Australia.