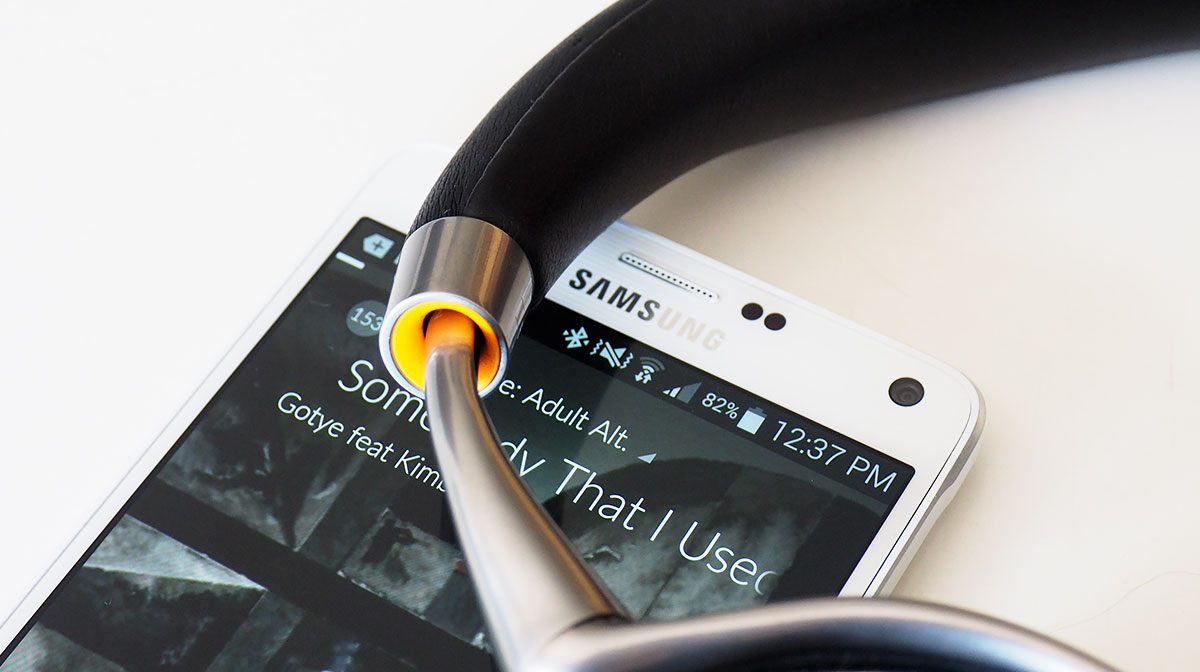 When it comes to places to find music online, we’re not exactly for starving for choice. In the space of a minute, we can name Pandora, Spotify, Google Play, Rdio, Guvera, Deezer, JB HiFi Now, Apple’s iTunes Radio, and 8Tracks, and they’re just the ones we can think of now. Search harder and you’ll find more.

But most of these require money, and with only Spotify, Pandora and Guvera taking care of the whole freebie side of things, and in ad-based ways, what else is there?

Well, if you’re a Samsung phone owner, you can get something else, but it does come with a rather unusual name. Got Milk?

If there’s one thing we love our phones for, it’s music.

Sit on a bus, train, plane, or just watch anyone walking on the streets, and there’s a good chance that within the space of five minutes, you will find someone plugged into their phones listening to music through earbuds, in-earphones, or over-the-ear phones.

We love music, and we love bringing it with us where ever we do. We’ve loved it ever since the Walkman first showed up to help us do so in the late 70s and early 80s, and humans have never looked back.

The technology eventually got progressively smaller, convergence occurred, and now we carry our music with us in our phones, devices that have also replaced other parts of our lives, such as the need to carry a camera around where ever we go, and for others, possibly even a full computer.

Our choices of where we can find music have been impacted by these changes, too, and while you used to have to grab a cassette tape, compact disc, Mini Disc, or load music files onto a modern media player, now you don’t even need the files, as the web can serve as your library.

Services like Pandora, Spotify, Rdio, Google Play Music, Rara, and Guvera can all provide music streamed right to your device, and now Samsung’s Milk can, too.

Powered by yet another service — Slacker — Milk is essentially a digital radio replacement, so less like Spotify and more like Pandora.

There is no caching and no way of storing the files locally, so you’ll instead be tuning into radio stations curated by experts, with names like “UK Alternative”, “Classic Electronic”, “EDM Hits”, “Old Skool Hip Hop”, “Dream Pop”, “Dubstep”, “Motown”, “Jazz” and a bunch of others, all of which are streaming music on the fly, though they all generally start their tracks on your initial tune in.

All up, there are over 200 stations according to Samsung, which by our count currently shows up as 255, and while you can select them by station name, you can also pick them using a circular controller, if you feel like having a more tactile method of interacting with your music selection.

On the main window, you’ll see a circular window with various genres of music, with the picture of what you’re listening to (album) in the dead centre. Dragging your finger around the dial along the outside will let you jump stations quickly, generally pushing you through genres in a speedy fashion, while dragging your finger along the inside of the circle gives you a slower control through the genres.

So while the outside of the circle will let you jump from jazz to dance to alternative in a jiffy, the inside will take you from the various stations inside those genres in a more slower and focused fashion.

And with that, you’re done and using Milk, with music playing back and offering as many as six skips per hour per station, with the ability to skip stations if the skipping isn’t doing it for you. We guess the idea is that with 255 stations, you’ll find something.

The moment you land on a song, you’ll find it generally starts from the beginning, unless you’ve started listening to the song before, at which point it pretty much progresses from where you last left it off, and it’s this feeling that makes the Milk service remind us of radio, because you can join into something mid-way from time-to-time.

A downside of this, however, is that it can sometimes feel like an airline’s music service, albeit without the end destination.

There are some question marks for Samsung Milk, however, and while we’ve raised them with Samsung’s local people, we’re unsure if the answers would make us switch from an established digital radio service like Pandora — which we currently pay for — to Milk.

One of these comes from just how little choice or customisation the service offers.

In the beginning, you feel as if you’re getting some control because you’ll be guiding your finger on the dial to the style of music you want to play, and it’s like you’re starting a radio station that is already prepared for you on the style.

That said, it doesn’t really feel like you’re defining anything, and if you don’t like a song, all you have is the ability to skip it, with the Milk system not changing the station to match your likes or dislikes simply because it seems to lack that ability.

About the only thing it memorises is if a song is a favourite, and while you can tweak the station to play more uniques or favourites, you can’t tell the station to never play the song, and really, the most it will do is play back your favourite song more often because you’ve told it to play favourite songs on a regular basis.

Favourites can’t even be used to buy the songs on another service, or play them outright like they can on other networks. Rather, they’re just favourites, you know, for your personal information. Because it’s always good to remember what song you liked, even if there is no way to listen to it again through the service you’re using.

You also can’t skip the tracks to get your way back to a song you liked, even if you’ve tweaked the station to play more favourites than anything else.

And why is this limited only to Samsung phones and tablets to begin with, and will it be rolled out to Samsung TVs and home theatre gadgets? What about other brands of phone and tablet? Will the favourites section be fleshed out more in the near future, and will we be able to make stations from our favourite songs, or buy the songs, or just add them to services that we already have an all-you-can-hear subscription to?

As you can see, there are plenty of unanswered questions with Samsung Milk, and these make us a little curious as to why someone would go for this service beyond something else already out there, already established, and not so platform specific.

One reason as to why this is a Samsung only affair at the moment could come from whom is footing the bill for the music, and that’s Samsung, with the big S telling GadgetGuy that “Samsung is currently subsidising the music royalties, ensuring that all content owners are receiving their fair share of royalties.”

But free won’t be the only option offered in the near future, with “short audio interruptions” on the way from Samsung and Samsung partners, according to the big S.

“We can’t go into detail about our future roadmap for Milk, but we’re always looking for ways to evolve our offerings to meet the needs of our Australian consumers,” said a representative for Samsung. “Stay tuned.”

Oh we will. We will.

If you’re already an owner of a recent Samsung smartphone or tablet, you can dive in and try Milk without any real consequences, tuning into a digital interpretation of radio made for the modern smartphone.

It’s an interesting experience, and one that won’t cost Samsung owners anything for the mean time, so we’re not sure why someone wouldn’t want to at least see what the fuss is about, though it definitely needs more work to really stay competitive.

Overall
Reader Rating0 Votes
Free (for now, anyway); Sort of like an always ready radio; Allows a small amount of customisation to the station; Remembers your position in a song even if you’ve been away from the app for several days;
Requires a Samsung device to work; No choice on playback quality; No caching options; You can’t do anything with a song favourite once it has been added; Skip amount limited to six (6) per station, with no paid options to get around it; Can’t create stations from song favourites; You’re not really creating a station based on your preferences, just tweaking Samsung’s stations to match your preferences;
3