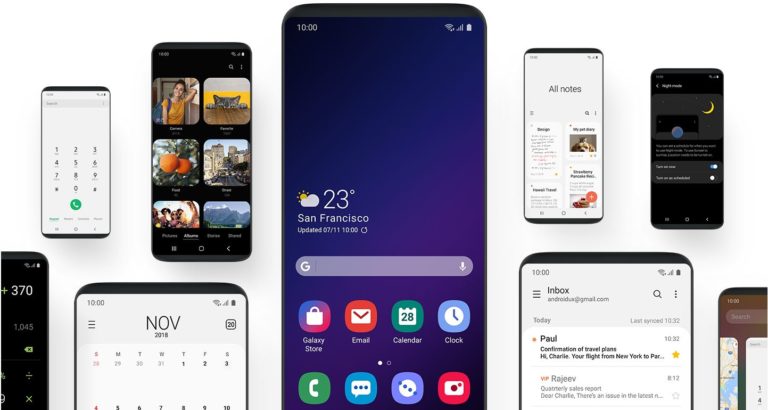 Samsung’s Experience UI (user interface) is set to go too far greater heights with One Ui, and Bixby becomes its smart things interface capable of working with most voice assistants.

Bixby is to become a scalable, open AI platform that will support more and more devices.

Samsung announced that Bixby intelligence would be a core part of  2019 QLED and premium TVs, and smart appliances like refrigerators, washers, as well as air conditioners, mobile devices, AI speakers and more. Bixby will expand to a new Digital Cockpit (cars) and robotics platforms.

Uber, Ticketmaster and others are using Bixby to make their services more intelligent. iHeartRadio is a new partner. Bixby will continue to grow as more partners, such as Google, join the ecosystem.

As it works to advance AI technology, Samsung will ensure its algorithms are inclusive, the protection of user information and privacy are top priorities, and it’s easy for consumers to understand what the company does with their data and how it is handled.

To the layman, Bixby is the device level interface with access to all the devices smarts. Samsung can innovate here and Voice Assistant like OK Google, Alexa and more can access Bixby’s powers without needing to know how to do something. Think of Bixby as a willing but highly intelligent Samsung device interface.

One UI is a major step forward in Android User Interfaces

One UI  is one of the more impactful announcements, albeit almost overlooked by the huge 8K TVs, Apple iTunes/AirPlay 2 announcement, Robotics and AI to the connected car, home and work.

GadgetGuy ran a preview of One UI in early December, and we were impressed with the minimalist approach – screens are uncluttered, focused on information you need and easier to get around.

Why do you need a UI?

Think of One Ui as a superset of Android Pie with a lot of the latter’s rough edges eliminated. It is important for three reasons.

As a Samsung Galaxy/Note user since 2013 I have seen its UI overtake Android’s stock interface regarding ‘polish’ – things just work, and ‘function’ – Samsung apps work better than may Android apps! And Samsung tunes its UI to the smartphone silicon better than most for performance, battery life and now AI functions.

In many respects, Google plays catch up with Samsung Galaxy Apps.

While I like Pure Android and all that means regarding updates, I still prefer Samsung’s Internet browser, mail, Calendar, phone, messages, contacts – need I go on. After testing an Android, pure or custom UI, going back to the Galaxy Note9 is like slipping on a pair of comfy slippers – all is well in the world.

XDA developers have a full review of One UI (beta) here.