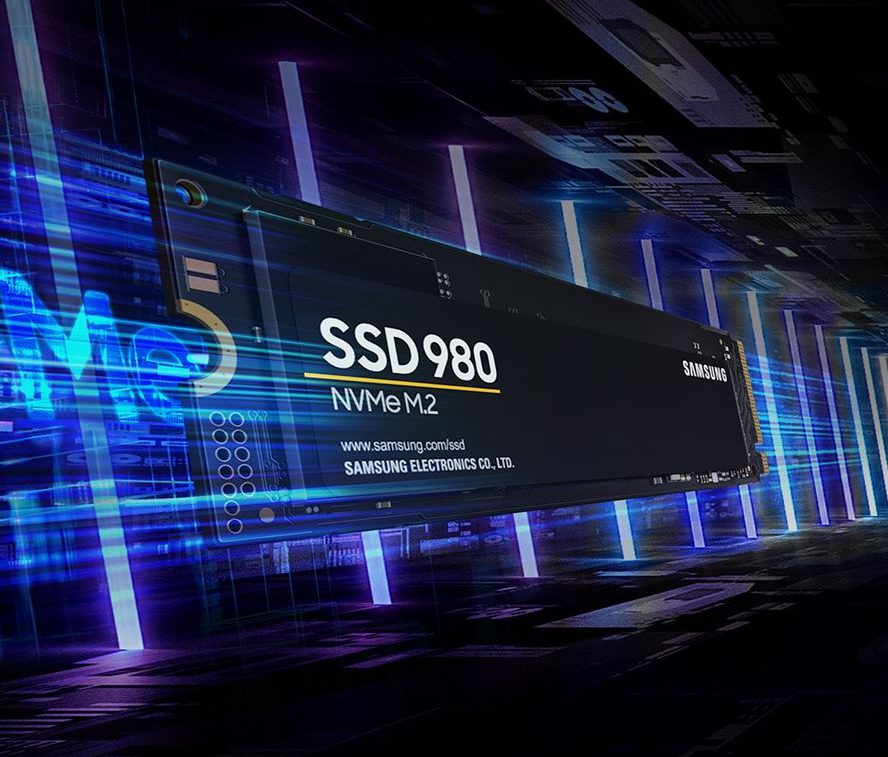 The Samsung SSD 980 (not to be confused with Pro, QVO or Evo/Plus varieties) is DRAM-less, meaning it does not have a bucket of expensive high-speed cache on-board. Instead, it uses a technology called Host Memory Buffer (HMB).

The Samsung SSD 980 HMB technology links the SSD to the host PC/notebook system memory, effectively using it as a buffer. Is it a good thing? Samsung seems to think so. It allows for a cheaper SSD option where blistering, sustained write speed is not critical. And Samsung is not noted for producing three-legged dogs.

Sceptics will say that DRAM-less is a data transfer write speed killer on older metal, citing that most tests so far have been on $5000+ rigs with 32GB of dual-core DDDR4 RAM. We can find the HBM takes a minuscule 16MB up to 64MB of main memory. From what we read, the sceptics may be wrong about Samsung 980 SSD.

We say that you have a choice now of good, better, and best depending on your need for speed. The 980SSD is for client PCs doing typical things.

The low-down on the Samsung 980 SSD

First, it means fewer components on the M.2 or ball-array grid mount. Real estate, not DRAM price, is a driver. Second, it means a lot less energy use and therefore heat. Third, it is one less part to wear. And finally, the data transfer and flow rates are controlled by an AI running in the system memory.

NVMe 1.2 or later allows this HMB device to access system memory over DMA (Direct Memory Access) – don’t use it on older devices.

While we ran Crystal Disk Mark and it showed the 1TB could achieve the stated sequential read/write speeds at no greater than 39°C.

Rather than bore you with massive numbers of different tests, you can read these here.

Samsung has used advanced technology to lower the cost and increase the performance to on par with DRAM cache SSD. Its horses for courses. If you are a typical PC user, adding 1TB for $199 – 20 cents per GB makes sense. If you want to store 1TB – again, it makes good sense. Samsung will sell heaps. You can read more GadgetGuy SSD reviews here.

Samsung SSD 980
Samsung has used advanced technology to lower the cost and increase the performance to on par with DRAM cache SSD.
Features
9
Value for money
9.5
Performance
8.5
Ease of use
9
Design
9
Positives
Impressive speeds versus cost for typical use cases
Samsung Magician app
Affordable
Negatives
Large single file transfer to the SSD (write) can slow
New PCIe 4.0 drives are much faster (and more expensive) with the proper hardware
9