Samsung TV Plus – not the only ad-supported TV brand offering 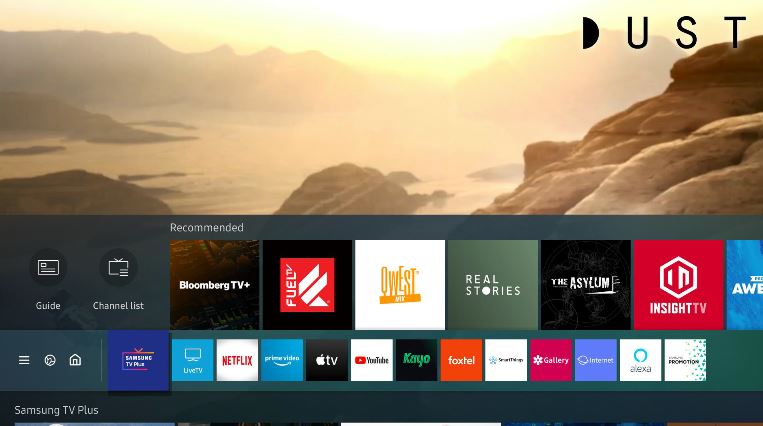 Samsung TV Plus is part of its updated Tizen operating system. It is rolling out to 2018 and later TVs via an over-the-air update. From that point, owners will have access to 40 channels of free, ad-supported content.

Regardless of whether you think Samsung TV Plus is intrusive or not (I don’t have a Samsung TV to check) the fact is that the TV maker is selling access to your viewing data and possibly more to gain advertising revenue.

For example, viewing gives telemetry on what you prefer to watch. A ‘Like’ means you will see advertisements for closer matches to that content. But it also goes further – the IP address gives your location and if your profile includes a connection to a warranty database, it could reveal the owner’s gender and more.

As we reported in December 2020, Samsung is quite proud of this potential money earner. There is no reason that it will not continue to add more channels and garner more advertisers. Also context and granular advertising is a big thing – imagine watching a food show sponsored by a supermarket. Oh, Coles do that anyway.

Samsung TV Plus – it is not alone in supplying ad-supported streaming.

Ads currently litter all the commercial free-to-air and Freeview Plus TV content. It pays for the free service. Now it appears that most TV makers will be doing a similar thing.

Every paid streaming channel – Netflix, Amazon, Binge, Foxtel, Stan (and globally there are thousands) collects data on what you watch, where you are up to (in a series) etc. In turn it they use that data to serve you suggested content you may like. Most paid services don’t inject ads unless it is a program-wide sponsorship like sports. Netflix found that injecting ads into a paid service is a disaster.

Let me be clear that Samsung is doing nothing wrong. There is no law stopping it monetising your personal data to serve ads. As long as there are easy opt-out tools (e.g. don’t access the ad-supported content and don’t show advertisements on home, landing or control pages) then it won’t affect Samsung’s TV sales. It may well be just what content-starved Aussies want. If it is intrusive it will affect sales – and only time will tell.

Most TV makers are salivating at the chance to make money while you watch TV. FAST proponents say that consumers have reached the limit to the number of paid subscriptions they are willing to take on and are hungry for free content. Proponents are calling it the new ‘rivers of gold’ rush. It could be that big.

Free content uses the smart TVs ability to pass data over the internet to a FAST cloud, enabling relevant content search and viewer analytics to facilitate content delivery and ad-injection.

LG has recently updated its WebOS to show selected ads on the home page. It is not yet providing a similar ad-supported TV service here, but it won’t be long either.

In the US RTINGS.com reports that later models of TCL, Hisense, Sony, Vizio, Roku, Samsung, LG and Android TVs provide ads to various extents. Then you have the possibility of Amazon Alexa, Apple TV, and Google Assistant demanding a share of prime advertising eye-time.

Opt-out is often difficult or well-disguised deep in the OS. But it does say that for the most part, the ads are related to viewer content – not fast-moving consumer goods.

TVs spying on you – what next? The jug😁

First, if you are even slightly paranoid, reject any TV with a built-in camera. Next look at disabling far-field mics, instead use the mic in the remote. And easier than that – disconnect it from the internet making it a dumb TV.

Otherwise, Samsung TV Plus heralds a battle of the ‘privacy policies’ that may make one brand more or less intrusive than another. US TV reviews are starting to report on that aspect.

But it raises the big question Privacy is the biggest threat facing humanity that needs to be solved so Facebook and your toaster don’t information plunder us to our detriment.