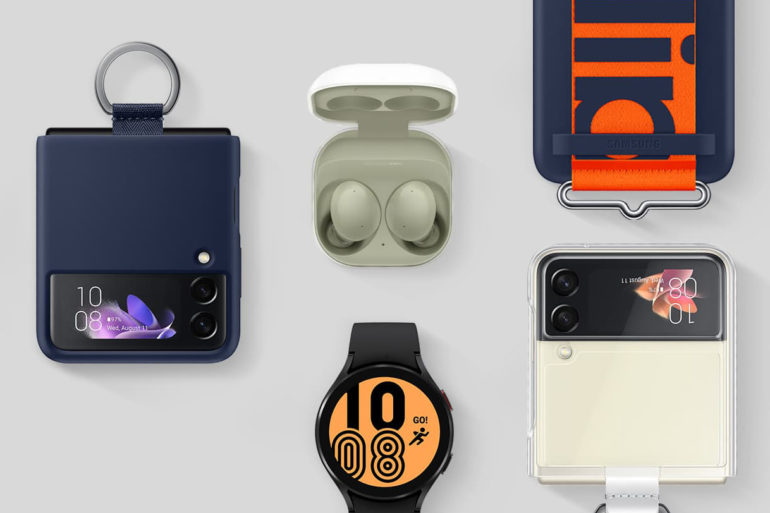 There were no shortage of leaks in the lead up to Samsung Unpacked 2021, but the South Korean tech giant has finally put its cards on the table. Wearables fans have a new smartwatch and noise-cancelling earbuds. Galaxy Note fans might be in mourning at the iconic phablet’s apparent demise, but Samsung is pushing the productivity-focused Samsung Galaxy Z Fold3 as its successor.

Meanwhile, the Samsung Galaxy Z Flip3 caters for those who prefer their smartphone screens to flip up rather than fold open.

While the Fold3 opens up like a book, the Samsung Galaxy Z Flip3 flips up like a Star Trek communicator. As with all foldables, the benefit is a larger screen packed into a smaller form factor.

The Flip3’s large inner screen has stepped up to 6.7 inches, based on a 120Hz AMOLED display. More importantly, the outer display has quadrupled in size to 1.9 inches. This allows it to support a range of new features such as displaying messages and capturing selfies with the front camera.

Once flipped open, the handset features a 10MP f/2.4 holepunch camera for taking selfies. Meanwhile, there are 12MP wide and ultra-wide lenses at the rear.

As with the Fold3 also unveiled at Samsung Unpacked 2021, the Flip3 is tougher thanks to IPX8 water resistance and an “Armor Aluminum” frame.

In terms of performance, it packs a Qualcomm Snapdragon 888 power plant accompanied by 8 GB of RAM. There’s the choice of 128 or 256 GB of storage (no microSD expansion).

As for connectivity, it will only be available as a 5G model. It will support both sub-6GHz and low-band (mmWave not confirmed), making the most of Australia’s ongoing 5G rollouts.

The Samsung Galaxy Z Flip3 is available on preorder today. It goes on sale in Australia from 10 September, selling for $1499 (128GB) or $1599 (256GB). Both models are available in Cream, Green, Lavender and Phantom Black.

Samsung Unpacked 2021 brings forth both the Galaxy Watch 4 and Galaxy Watch 4 Classic. They’re both thinner than their predecessors. The key difference is that the Classic model features the rotating bezel which has been met with a mixed reception from smartwatch fans.

The watches can also track a wider range of key health and fitness metrics. These include body fat, skeletal muscle, BMI and body water metrics.

On the software side, the Galaxy Watch 4 and Galaxy Watch 4 Classic are Samsung’s first smartwatches since the decision to merge its Tizen platform with Google’s wearOS. This opens up the potential for the new Galaxy Watches to support a wider range of apps and services.

Samsung’s new earbuds launched at Samsung Unpacked 2021 feature active noise-cancelling, to offer some peace and quiet in the noisiest of environments.

With a three microphone system and ambient sound control, Samsung claims up to 98 per cent noise cancelling. The Galaxy Buds 2 are smaller than their predecessors. They still deliver up to five hours of playback with active noise cancelling engaged. This extends to 20 hours with case charging.

The Galaxy Buds 2 are available in graphite, white, olive and lavender. They’ll sell for $219, available September 10.