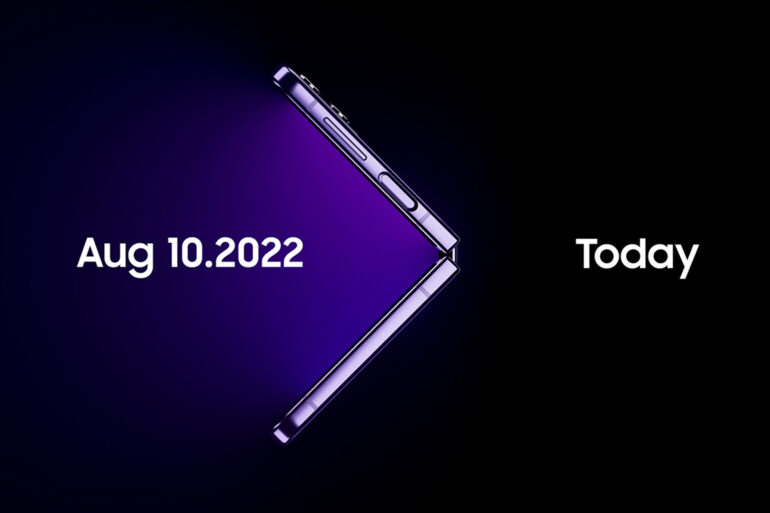 With the tech giant’s next showcase fast approaching, Samsung Unpacked rumours point towards new smartphones to fold and flip.

Samsung has sent out invitations for its August 10 ‘Samsung Unpacked‘ event, and all eyes are on whether the much-rumoured Galaxy Z Fold 4 and Galaxy Z Flip 4 will finally make their debut.

Their appearance seems likely considering that the invitation shows a foldable device. Samsung also offers a now-live reservation system for booking a place in line to order whatever is announced on August 10, which also alludes to the arrival of new folding smartphones.

Both the Galaxy Z Flip 4 and Galaxy Z Fold 4 are rumoured to be powered by the recently launched Snapdragon 8 Plus Gen 1 chipset. It promises faster performance and improved power management compared to the current Snapdragon 8 Gen 1, used in the Galaxy S22 lineup.

Apart from smartphones, Samsung Unpacked rumours also point to a new Galaxy Watch 5, considering it is 12 months since the launch of the Galaxy Watch 4. It’s expected to feature a larger battery which charges more quickly, but the design could do away with the rotating bezel found on previous models. There’s also talk of a Galaxy Watch 5 Pro made from premium materials.

Finally, Samsung Unpacked rumours include the possibility of new Galaxy Buds. The Galaxy Buds 3 are tipped to feature health sensors which monitor heart rate, blood oxygen saturation and possibly other metrics. Meanwhile, the Galaxy Buds Pro 2 could come in a smaller size and a choice of more colours, along with longer battery life.

More on Samsung at GadgetGuy.