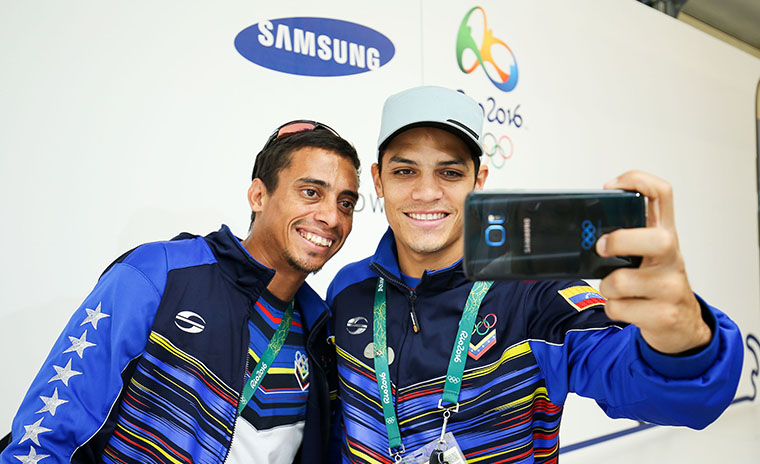 Given the astonishing amount of work and many years of dedication — mostly undertaken at an age when their contemporaries are spending their time simply enjoying themselves — Olympic athletes well deserve every small perk they get. Samsung certainly thinks so.

The Korean consumer electronics giant has gifted some 12,500 participants each with a new Samsung Galaxy S7 Edge phone. Wikipedia tells us that there are 11,239 athletes competing in Brazil 2016, so presumably the gift extend to some team officials and support staff, or perhaps the 526 participants of the following Paralympics.

The phones are commemorative Olympic Games Limited Edition models. Samsung says that they are “meant to help Olympians enhance their experiences in Rio and communicate with friends and family around the world more conveniently”. They feature coloured control buttons and highlights, plus “a custom colourway pattern including the five official colours of the Olympic Rings”. Also provided are the Gear IconX wireless earbuds which feature an in-ear heart rate monitor compatible with Samsung’s fitness app.

Samsung has been a major sponsor of the Olympic Games since the 1988 Games, held in Seoul, South Korea, and remains committed through to at least Tokyo 2020.