Samsung’s Galaxy foldable phone is coming to Australia before July 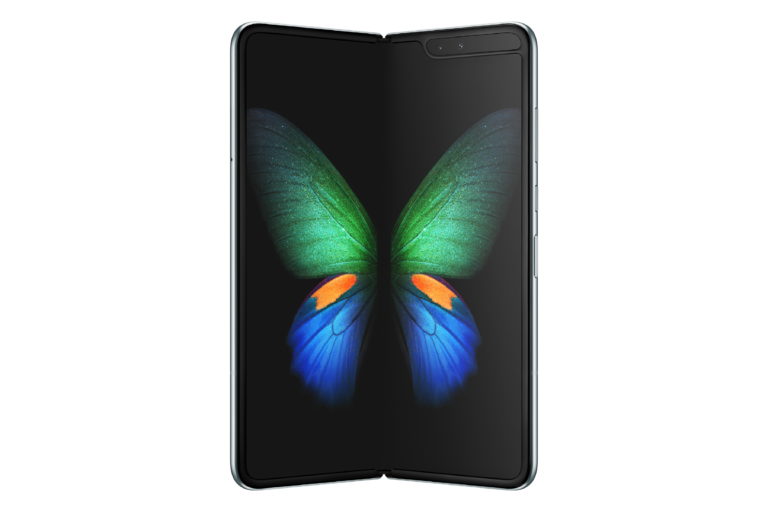 At the Unpacked2019 event in San Francisco, the big news was Samsung’s new Galaxy Fold. This is a new category of phone, and probably best described as a smartphone, tablet and camera that fit into one device.

The Galaxy Fold has two screens – a 4.6 inch AMOLED display on the outside front cover, and 7.3 inch Dynamic OLED screen on the inside made from a flexible polymer. The big trick is that the Galaxy Fold works sort of like a wallet, and folds in half so you get more screen in a smaller package.

There’s also a complex hinge system with internal interlocking gears holding it together and can be opened and closed “hundreds of thousands of times”.

Another first is 3 app multi-tasking on the big screen. For example, you can watch a Youtube video, while looking up a website and checking your messages, all at the same time.

Samsung’s ‘App Continuity’ is a feature that connects what you’re viewing on the front display with the bigger screen inside. So you could be looking up a Google Maps address on the outer screen but want a bigger view. Just open the Fold and the Maps view will automatically open on the larger screen inside.

Power wise, the Fold has two batteries inside that are combined into a single power source making up 4380mAh of charge. It also supports PowerShare wireless charging so you can top up other Qi compatible devices like iPhones, earbuds or watches.

To keep things cool, there are vacuum chambers inside to remove excess heat.

There’s a 6 camera system for all sorts of image capturing in the Fold. A single lens is on the front case for taking selfies, and there are 2 inner cameras for video conferencing and social media inside. On the rear are 3 more lenses including Wide, Zoom and Ultrawide, just like the camera unit on the new Galaxy S10. You can also record UHD 4K video as well as high-dynamic rage colours in HDR10+.

While the Galaxy Fold has been about ten years in the making, this is really just the beginning. Samsung’s Garry McGregor, Vice President of IT and Mobile, says that we’ll also be seeing new devices over the next ten years with rollable and even stretchable displays.

So why build the Galaxy Fold? Samsung’s McGregor also said: “…there’s a trend of people wanting to do more with their mobile devices.”

The Fold’s target customers will be early adopters, those that covet luxury items or want an ultra-premium status symbol.

The Fold will be available in a 128GB version at launch, and we can expect to see it on sale in Australia before July.

Australian pricing is unknown at the moment but in the US the 128GB version costs $US1,980.

Valens Quinn travelled to San Francisco for the Unpacked 2019 Galaxy S10 launch event as a guest of Samsung Australia.﻿