Samsung’s Galaxy Gear smartwatch to connect and work with BMWs 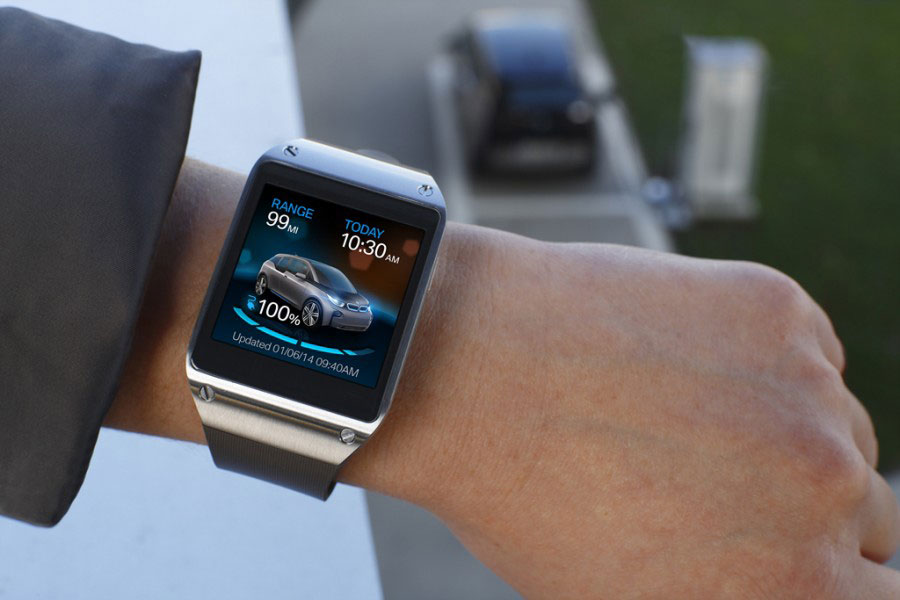 While there’s been plenty of talk about the connected home at CES 2014, there’s also been a bit of buzz around the connected car. Samsung and BMW have teamed up to link Samsung’s Galaxy Gear smart watch with BMW’s latest all-electric car, the i3.

A popular feature on the Samsung stand, we tested out how the smart watch works with the new i3 (below).

Essentially, a dedicated app on the Galaxy Gear watch connects to the BMW i3 through your mobile phone’s data connection, and routes via a special cloud-based server, which then signals your car via its own built in SIM.

The app provides you with at-a-glance information about your car including things like how much electric charge is remaining, the expected driving range, if the windows are up or down, the doors are open or closed, or if it’s locked or unlocked.

Also, you can send commands to the i3 either by tapping on the colourful touch screen menus, or speaking to your watch via S-Voice. So if you happen to forget where you parked your i3 in a busy shopping centre, you can say “make some noise” to initiate your car’s horn.

Or if you’re planning a trip, you can send addresses to the i3’s navigation system from your contacts list, saving you the trouble of setting your destination address manually.

Or you could just say “take me to Steve’s.”

Another handy feature is you can adjust the i3’s climate control system before you get in the car, so you can cool it down on a hot summer’s day, or heat it up in the winter.

While you could probably do the same sorts of things via an app on your phone, having these features in a smart watch means you won’t need to pull out your phone to connect to your car, making it just that bit more convenient.

It’s a nice idea, with plenty of potential, and we’re looking forward to the day when we can ask our cars to come and pick us up from the pub.

Valens Quinn travelled to the Consumer Electronics Show in Las Vegas, USA, as a guest of Samsung Australia.