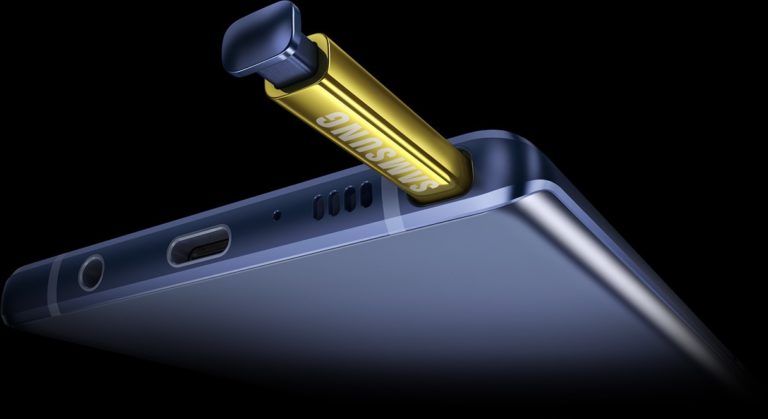 Samsung’s Galaxy Note9 has retained the crown as the world’s best Android smartphone. As a bonus, it has an S Pen.

I have had the review unit for a few days, so this is not a review. It is my first look, and I have to say it lives up to the Note heritage and more.

For the past year or so I have used the Galaxy Note 8 as my ‘day phone’. By that I mean it’s the one that I set up exactly as I want it. It is as comfortable and familiar as an old pair of slippers.

I review phones too. About twenty or so this year so I use a different sim and set them up in a basic test mode. Without fail, I love coming back to the Note.

That is not to take away from excellent phones like the

I could enjoy any of them

If the Note did not exist my preference would be a Galaxy S9 Plus – I like 6.2” big screens. It has fast charging; Qi Wireless fast charging; 3.5mm audio jack; heaps of RAM and storage; a most powerful processor; a camera as good as any; Gigabit data speeds; and a 2960 x 1440 AMOLED screen to die for.

But the Note9 does exist

The allure of an even larger 6.4” AMOLED screen, even more RAM and storage, and the advantage of a few more months development time means it is ahead of the S9 Plus – for now. All up I can say without fear of contradiction that it is the best Android flagship bar none.

The allure of the S Pen is hard to resist

OK, I am a journalist! Words are my stock in trade. I use the S Pen to take notes at press releases, interviews and when thoughts pop into my head. I love it that you can write on a blank screen without having to turn it on.

But was Samsung satisfied? No. It added a Bluetooth 5.0 LE capacitor that allows a passive device to do more. For example, it can

The more I have an S Pen, the more I use it. Let’s face it – it is an S9 Plus with an S Pen. It is one of the primary drivers for the Note9.

At two metres from my reference D-Link AC5300 router it has 1.2Gbps download speeds. At five metres its 867Mbps – about the speed most other flagships achieve. But it hangs on – at 30 metres it is rock solid at 400Mbps. Sorry, no other smartphone currently can do that.

It also has dual 4G sim capability so you can buy a pre-paid for data or have two numbers as well.

On Telstra four bar reception on the NSW central coast its 150/30Mbps. Again, well ahead of the competitors although the Sony XZ2 and HTCU12+ were not far behind.

In all bar name, it is the latest Qualcomm 845 with all that it can offer. The Exynos 9810 sells in some markets and the Qualcomm 845 in others.

Compared to the Note8 the Exynos has a 100% increase in single core and a 40% increase in multi-core raw power while consuming less power.

All that extra power is for AI, 3D face recognition, machine learning and native encode/decode of 4K UHD video at up to 120fps. It can process 10-bit, 1.07 billion colours (not the typical 8-bit, 16M colours). The Mali GPU is 20% more powerful than the Note8 and is fully VR capable.

A new water/carbon cooling system will keep temperatures in check and avoid throttling.

When I get time, I will run exhaustive tests. One review has stated 25 hours of video playback at 100% screen brightness. Of course, that depends on screen resolution, background tasks, Wi-Fi and Bluetooth etc.

I have only been using it for a couple of days, and the battery meter says it will achieve 30 hours at my present settings and 35 hours if I play with some background apps. I like the screen set to about 80%.

What I have noticed is that Qi charging is a little faster. Use Qi pads, and you will never leave your home or office at less than 100%.

I took a few shots at a recent Dyson launch in a darkened warehouse. The Note8 would have done a creditable job, but these shots are excellent.

Not tested yet but the handsfree is better than the Note8 and ring volume is slightly higher.

GadgetGuy’s take – Note9 is the one

Yes, I like Notes. The improvements over the Note8 are not so much huge or spectacular, but they are noticeable. I would have been happy to use the Note8 for another year or more.

It’s available here in Ocean Blue, Midnight Black and Metallic Copper. If you have a Note8 take advantage of the $575 trade-in offer by 31 October 2018.