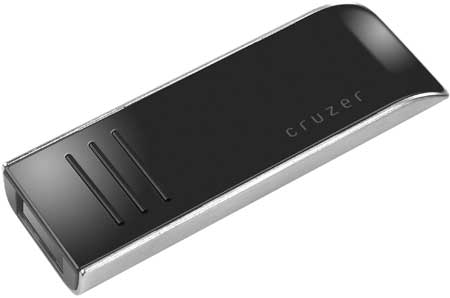 Another practical gift for fathers, the extreme high capacity thumb drives from SanDisk will let him transport large files to and from work as well carry around tons of multimedia content (they’re ideal for transporting video, for example). The Micro is the cheaper of the two, and with 16GB of capacity, it’s enough to hold hours of home video footage and literally tens of thousands of photos, making it perfect for storage on holidays and the like.

The Extreme Cruzer Contour, meanwhile, is a performance product, designed for the fastest transfer speeds possible. It can actually work with Windows Vista to boost system performance through a technology called Readyboost. Instead of using a computer hard disk to store commonly accessed bits of information, Vista can instead use a flash drive like the Cruzer, which is much faster than a hard disk.

Both the Cruzer Micro and Extreme Cruzer Contour also have support for U3 technology, which allows the user to take their Skype, documents and other favourite programs with them to whatever PC they’re using. It means that wherever your dad is, he’ll always have his favourite applications handy.

The Cruzer Micro has an RRP of $97, while the Extreme Cruzer Contour is $154.