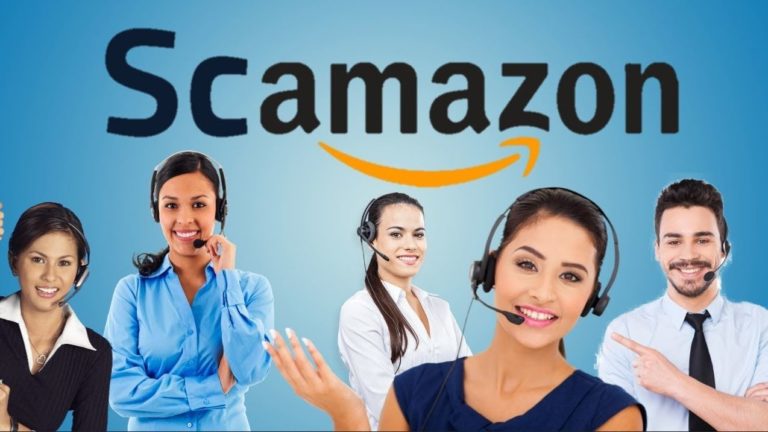 There is a new word in the urban dictionary, and it is Scamazon – a contraction of the words Scam and Amazon. And the issue is so challenging that shoppers are abandoning the on-line platform.

Scamazon means ordering goods on Amazon that never arrive. It also means your credit card details (number, expiry and CVV, address, email and phone number) are in the hands of scammers that sell this to cybercriminals on the dark web.

To be fair Amazon says Scamazon is the exception rather than the rule and it uses AI to identify scammers and ‘could’ pursue legal action against them’ – oh, and the Easter Bunny exists too.

Scamazon is real, and it is happening here

Last year my wife ordered a cosmetics ‘trial pack’ from Amazon. It was endorsed by a celebrity (we now know that was fake) ostensibly to allow you to ‘try before you buy’. The $3.00 cost plus post and handling seemed fair.

Let’s just say the goods did not arrive and hundreds of transactions below the alert threshold were debited to her card. Like most she did not check the online statement regularly and let’s just say that it took a very long time to a) stop it and b) get the money back (from the bank) and c) cancel the credit card. The big four bank seemed more concerned about causing a merchant inconvenience than helping a scammed 40-year customer.

Since then her Gmail address has been mercilessly spammed by merchants with fake Amazon offers – some allegedly from Amazon itself – and her details sold to the Dark Web for an estimated $15 – easy money for cybercriminals merchants.

The Saturday Daily Telegraph (Sydney) has identified more than 30 fake stores on Amazon.com.au.  But it says the ‘retail giant is still allowing new scam stores on the site…”

Its advice – buying from any ‘just launched’ store listed on Amazon is a bad idea.

You cannot trust any review on Amazon, whether from a verified buyer or not. It is simple to get fake reviews. Factories in China, India and the Philippines turn our fake reviews by the tens of thousands (see the section on fake reviews here), these then flood the site and the tsunami makes it challenging to find any real reviews.

The Trump administration on Friday 24 January 2020 announced it is cracking down on the enormous problem of counterfeit products sold online. It will initiate a legal and legislative response to the hundreds of billions of dollars of fakes sold on platforms ‘like Amazon’ every year.

Trump’s response to the DHS 54-page report titled ‘Combating Trafficking in Counterfeit and Pirated Goods’ was simple – “This illicit trade must be stopped in its tracks.”

While it is relatively easy to spot fakes in bricks and mortar stores, no legislation covers Scamazon – it operates in the lawless wild, wild, west.

DHS found the current state of e-commerce to be an intolerable and dangerous situation that must be addressed firmly and swiftly by strong actions within the Department and across other relevant agencies of the U.S. Government. These include The Federal Bureau of Investigation; The Department of Justice; the Department of Commerce; and the Department of the Treasury. The report provides a blueprint for swift and constructive changes and sets forth actions for immediate implementation.

GadgetGuy’s take – We can’t tell you to abandon Amazon, but we can warn you to be very careful.

First, the fakers have moved en-masse to Australia for yet another unregulated market.

Second, the DHS report found that we are our own worst enemies. We go after a bargain and ignore warning signs – if it sounds too good to be true, it is!

It found that Amazon had a frictionless entry for merchants (no impediments, checks and very low start-up costs) and added a much needed ‘air of legitimacy’ to scam merchants. It also found a high correlation between Scamazon and organised cybercrime – it is easy money and gain your valuable data.

Amazon cannot ignore its responsibilities any longer. It says it is just an e-commerce platform, but it is an enabler of Scamazon! As the gun lobby says, “Guns don’t kill people, people kill people.”

It also found that US law was inadequate to deal with goods supplied to off-shore merchants – just like the tough Australian Consumer Law can only apply to genuine Australian companies.