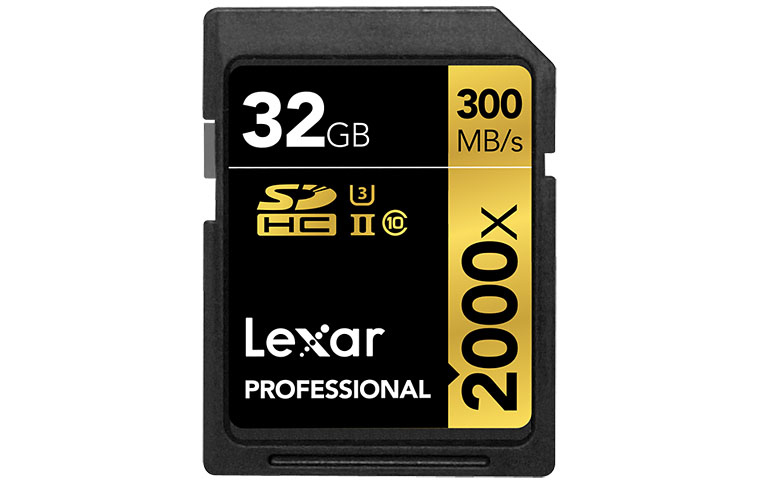 There are essentially three things about an SD card that need to be defined: their storage capacities, their speeds and their types of connection. I won’t be talking about microSD cards here, just plain old SD cards (and the newer versions thereof). Nor will I be talking about SDIO, a rarely used variant on the SD card in which things like WiFi or Bluetooth are built in.

The Secure Digital Card was developed as a better version of the Multimedia Card. It’s 50% thicker (so it won’t fit in an MMC slot) and has nine electrical contacts instead of seven. And it was introduced way back in 1999. At that time the thought of two gigabytes of storage on a solid state memory card was ridiculous. So the SD card was designed with that as the hard upper limit.

But, as we know, they got to 2GB soon enough and people began clamouring for more. So in 2006 a new higher standard with sixteen times the storage – 32GB – was introduced: SDHC. That stands for Secure Digital High Capacity. There were no physical changes, but their internal logic meant that these were not compatible with the SD standard. All SDHC card readers would work with SD cards. But SD card readers would not work with SDHC cards.

Again, physically compatible but with internal differences. Again, an SDXC card required an SDXC compatible interface, but the interface works with SD and SDHC.

In addition, SDHC comes formatted with the FAT32 file system. SDXC comes formatted with the exFAT system. The exFAT format is supported by Windows (since Vista SP1 in 2008) and OS X (since Snow Leopard in 2009), but only by some Android phones. So if you’re going to access photos from your SDXC card on your Android phone, check for compatibility or stick with SDHC. Nearly everything supports FAT32.

Remember, those three sizes – a 2GB, 32GB and 2TB – are the maximums. There are smaller capacity cards in each category, and at least in theory a 1GB card could be SDXC internally, although that would never happen in practice.

All that’s pretty straightforward. What’s more complicated are the speed ratings. Complicated even further by the fact that in almost all cases, flash memory (ie. the storage in SD cards) can be read more quickly than it can be written to. The most important measure is write speed, because that determines what your camera can do.

Originally it was not super important. A digital still camera takes its picture and stores it in fast internal memory briefly while it does its image processing. Then it saves it to the SD card. Slow SD card writing would just mean it would take longer before you could take the next photo (assuming the internal memory couldn’t hold more than one picture).

But it matters much more now because cameras take video and that has to be piped pretty much straight to the storage card. Furthermore, 4K video is almost becoming routine, along with higher frame rates (60fps or even 120fps). So fast writing is important.

There are two different speed ratings with a third coming fast.

First there’s Speed Class. This is marked by a number in a circle with a gap on the right hand side, like a stylised capital “C”. This one’s pretty straightforward. The normal Classes are 2, 4, 6 and 10, and in each case this matches the number of megabytes per second for write speed. That is, a Class 6 card can be written to at 6MB/s. That is sufficiently fast for recording 720p and 1080i video at typical bitrates.

But apparently the people that decide these things felt that they didn’t want a Speed Class of more than 10. So for higher speeds you have to look to UHS Speed Class. That uses a number sitting in a kind of bucket, like a squared off capital “U”. That one denotes the number of tens of MB/s. So UHS Speed Class 1 is a write speed of at least 10MB/s, and UHS Speed Class 3 is 30MB/s.

Cameras with a 4K video capability typically insist on a UHS Speed Class 3 card before they’ll operate at that frame rate. Others that capture full HD at high bitrates (some work at up to 200Mbps) may also require that kind of card.

For some reason, there only seem be UHS Speed Class 1 and 3 ratings in use, even though there are cards around that would logically be U6, U9 and even U26! So it’s possible this label may not persist.

All of these are minimum speed ratings. That is, a U1 card must handle writing of at least 10MB/s, but may be even faster. I understand that at least the UHS Speed Class is encoded in the card in such a way that a camera can query the rating so that it knows what the card is capable of. This may apply to the other ratings as well.

In addition, cards are frequently marked with a speed rating such as 66x. In this case, the thing that it’s a hundred times faster than is the read speed of a CD ROM reader. A 1x CD ROM reader. That speed is 150kB/s, so 66x is 10MB/s (close enough and, yes, they use 1000 as the multiplier, not 1024). Sometimes the speed itself is printed on the media in the form of 10MB/s.

Those speeds, though, are typically read speeds, not write speeds which are almost always slower. That’s nice when it comes to copying photos to a computer, but the important figure really is write speed. Check the box. It may list the write speed as well as an MB/s number.

Finally, I noted that SD, SDHC and SDXC cards are all physically compatible. Well, tricked you! There’s a new type of card around.

That UHS Speed Class appeared in a new type of card, one implementing the UHS Bus. UHS is of course Ultra High Speed. “Bus” is computer talk for an interface or connection standard, and such a standard be physically different or electrically different or both to other standards.

There are two kinds of UHS bus. The first is called UHS-I and it is the same physically as what has gone before, but permits the use of a much higher “clock frequency”, the thing that times everything. The higher this frequency, in general, the faster things can happen.

UHS-II is even faster, but this one has physically changed. For the first time since SD was first introduced in 1999, it has new electrical contacts. The eight additional contacts are in a separate row below the common ones, so they don’t interfere with older card readers. I’ve used such cards with a years-old reader that came with an SDHC card and they still work, just presumably not as quickly as with UHS-II readers.

A UHS-II card can be either SDHC or SDXC. SDHC and SDXC can be UHS-I, UHS-II or not UHS at all!

So there you have it. Well, for now. Flash memory is likely to continue to get faster and cheaper, so eventually SDXC cards will be butting up at the two terabyte limit and some new higher capacity version will appear.

The important thing from the consumer’s point of view is: get a card at least as fast as that required by your camera for what you intend to do with it. Even if you’re taking still photos, you can still get an advantage from faster cards because when taking photo bursts, the card won’t slow down proceedings.