Seagate FireCuda and Seagate Barracuda, bigger and faster for portables 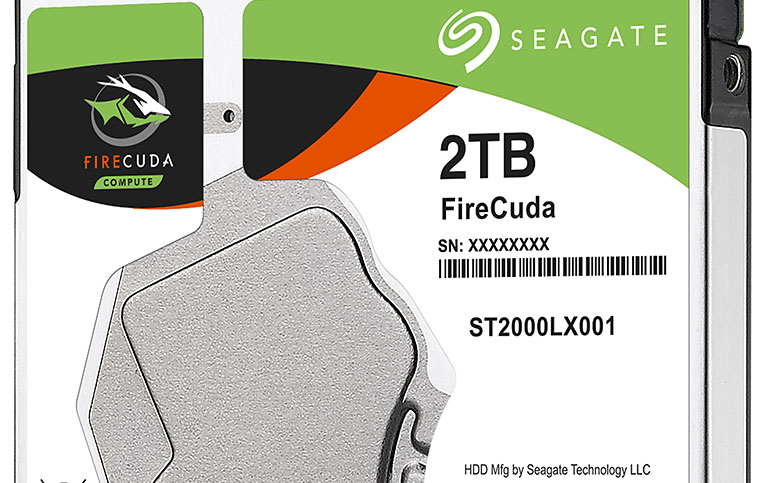 Aren’t hard drives in the process of being superseded by solid state drives? Well, yes, in many applications. But SSDs can’t yet come close to hard drives in economy; in carrying large amounts of data for modest purchase prices.

Seagate has shrunk the 2TB category to just 7mm thick in its FireCuda model. In addition, it speeds things up by including 8GB of flash storage which works in conjunction with the hard drive to have the necessary data loaded up and ready for the system. Seagate describes it thus:

highly sophisticated caching algorithms … continuously analyze how a system is being used. These algorithms then get to work tweaking every aspect of FireCuda’s operations so that the drive is always perfectly synchronous with the unique way each user works and plays. It is called Multi-Tier Caching and would be like owning a smart car that continuously tunes itself up as it is driven – always performing at peak efficiency to suit both the driver and the task at hand.

The slimming down of the Seagate FireCuda has been made possible by the development of one terabyte hard drive platters, introduced by Seagate this year. The platters are the discs inside the hard drive on which the data is stored and they are stacked up on a common spindle to reach the design capacity. With 1TB platters available, Seagate needs only two in the FireCuda, allowing its 7mm thinness.

The Seagate BarraCuda drives comes in both 3.5 inch (the most common size for desktop computers) and 2.5 inch forms. The newest one has a capacity of five terabytes – in a 15mm thick housing, like the four and three terabyte models. The two and fewer terabyte models are 7mm thick. They lack the flash memory speed boost offered by the FireCuda, but of course are more economical.

The 2TB Seagate FireCuda looks to be retailing for less than a hundred dollars US, and is really for installation in machines requiring the speed (up to five times says Seagate). It comes with a five year warranty.

If you don’t need the speed or the extremely thin form or the five year warranty, but do want room, the 5TB Seagate BarraCuda should be similarly priced and comes with a two year warranty. Local pricing will be advised when the drives are released in Australia in November.