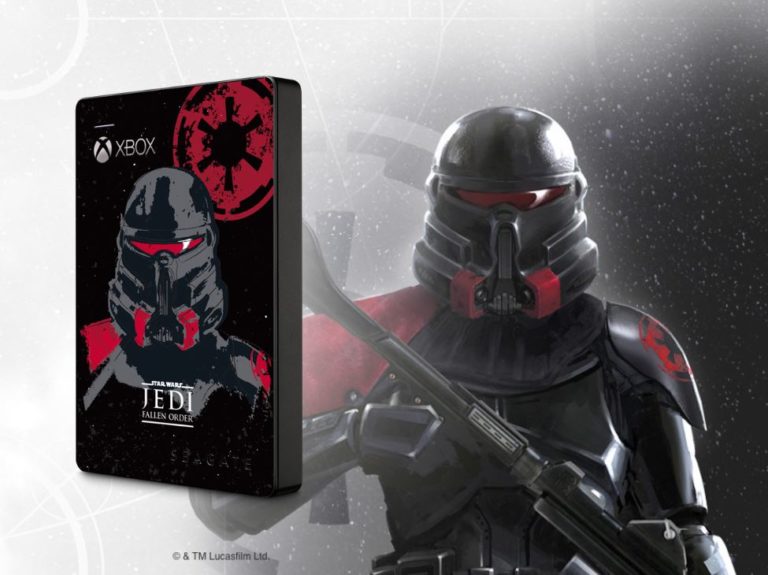 The Seagate Game Drive for Xbox is all about choice – a 500GB/1/2TB SSD, a 2/4TB hard disk with Game Pass and the 2TB themed Gears 5 or Star Wars Jedi: Fallen Oder.

In reality, the Seagate Game Drive for Xbox is a USB-A, bus-powered, SATA 6 interface SSD or hard disk in a nice package.

We tested the Seagate Game Drive for Xbox – Star Wars Jedi: Fallen Order to see what it can do.

Price: $129 for 2TB and available only from eBay and Amazon

It can hold about 50 titles and has matching firmware for Xbox. The firmware helps it to recognise the drive as games storage (not just an external drive for multi-media storage), and it seems a tad faster in random read/write than similar drives.

By rights, the SATA 600 interface tops out at 6Gbps or 750MBps. Then you have the USB-A 3.0 interface that limits data transfer to 5Gbps or 625Mbps – but it is half-duplex, so you are never going to get that speed. Seagate claims up to 140Mbps sequential read/write, and our tests confirm that.

Interestingly it has reasonable large file random read/write speeds (compared to many 2TB external HDD) and again we suspect the firmware is optimised to load games (6Gbps burst) and then use it for add-ons, achievements and saving gameplay.

It is compatible with Xbox One, Xbox One S, or Xbox One X consoles2. It should work on Mac and PC as well (our speed tests were on a Windows 10 Surface Pro).

You can read the Seagate Blog here