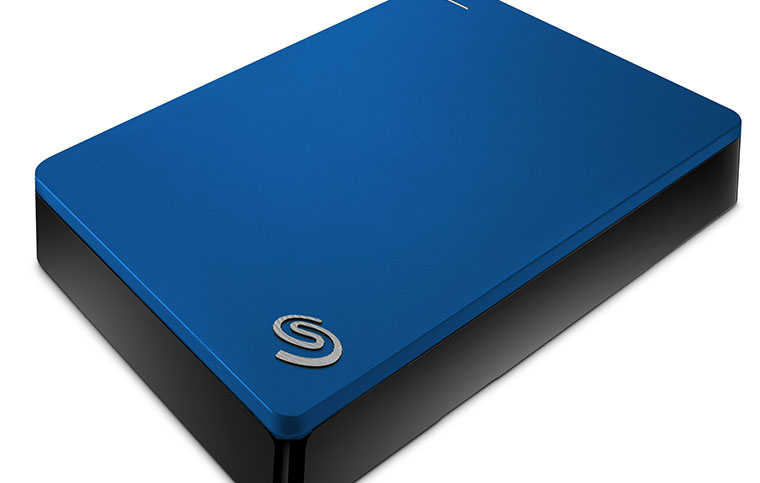 Thirty years ago I worked for a national organisation which then had one of the biggest computer networks in Australia. It prided itself on delivering instant on-line access to the records of nearly everyone in Australia to its 3500 customer service officers. All that data was stored on hard disks in refrigerator-sized boxes from (of course) IBM. Total capacity: 135GB

Total capacity of Seagate’s new portable hard disk drive? Five terabytes! You could load it up with 37 copies of the full contents of that huge database. And rather than cost the millions of dollars those IBM boxes cost, the Seagate Backup Plus 5TB will cost you $319.

Since it’s a portable drive, it’ll operate off USB 3.0 power and is 20.5mm thick, so it’s ready to go with you and your laptop. It is NTFS formatted (that’s the native disk format for Windows) but a driver is provided for Macs to work with it. USB 3.0 supports data transfers of up to 5Gbps, or more than 600MBps. How fast it will actually go also depends on the speed of your computer’s in/out and the structure of your data.

The unit is available in black, silver, red and blue right now at the usual retail outlets.