Sennheiser 75th anniversary: something new and something special 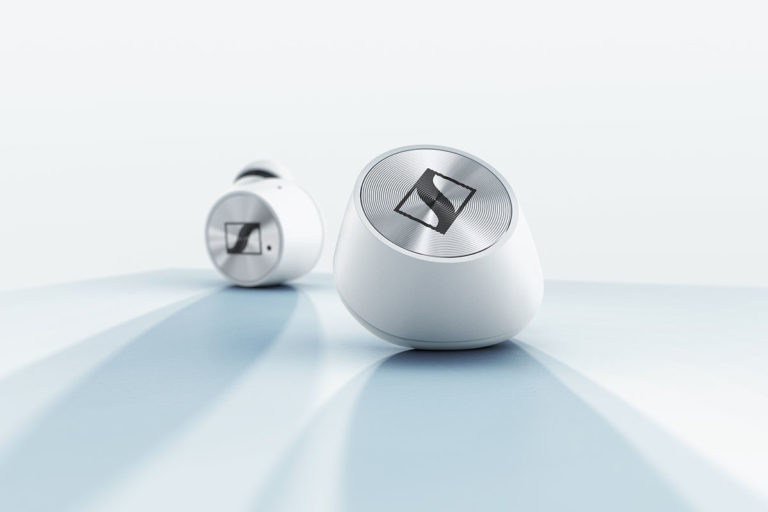 Back in 1945, just after the war ended, Sennheiser started producing electrical products. This year the company is celebrating the Sennheiser 75th anniversary with a huge discount on some high end headphones and the launch of new premium in-ear buds.

I guess even five and a half thousand dollars seems expensive. And it is. But do note that you’re getting into serious audiophile territory here where an network audio streamer can cost more than $10K (I have one of those sitting on my test bench as I write) and equivalent quality loudspeakers are priced in the tens of thousands.

You can read what we thought of the Sennheiser HD 820 headphones and the HD 820 headphone amplifier in our review here. And you can purchase the combo at the special price – or just read more about it – here. This offer is available until the end of June 2019.

The new product (not the only one, to be sure) for the Sennheiser 75th anniversary is the company’s new premium true wireless earphones.

The big feature is that the new models include active noise cancellation. Few true wireless earphones offer that feature. They also increase battery life enormously, to seven hours in the buds and a further 21 hours in the charge case. Of course, they have a fast charge capability: 1.5 hours to fully load them, and ten minutes for an hour and a half of play time.

They support the AAC and aptX codecs too for higher audio quality from the 7mm “bespoke” dynamic drivers. With the Sennheiser control app you can EQ the sound to just the way you like it. The processing is built into the buds, so once you’ve done it the EQ will apply to all content. The buds also automatically pause the music when you remove one from your ears.

You can read more about these earbuds, or pre-order them, here. They will first be available in black in April 2019, with white to follow later.

Stay tuned. We have plenty more Sennheiser products to review, including its stereo microphone for cameras and its newest on-ear Bluetooth headphones.