Sennheiser is all about AMBEO 3D sound at CES 2019 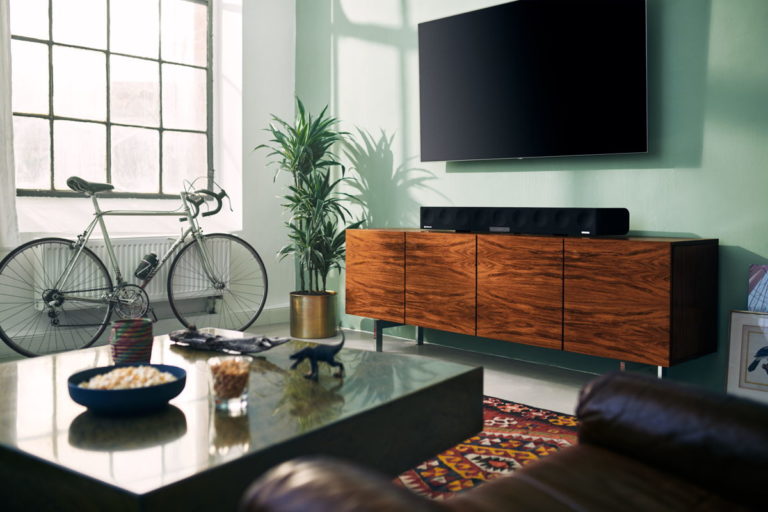 In case you have not heard (bad pun for a sound company) is Sennheiser proprietary technology. It uses binaural (two ears) recording to produce immersive sound – as if you were there!

The is a key difference between Dolby Atmos and .

Dolby Atmos uses multiple microphones to break sound up into many discrete audio objects. It then uses multiple /back/side/upwards firing speakers to place them around a soundscape. Movie makers love it because they can place audio elements anywhere they want.

uses binaural recording to hear what you hear. That is real 360° spatial sound as if you are in the middle of the action. It converts this for use in stereo headphones or can use Ambisonics for soundbars to cinema use.

Ambisonics is a multi-channel technique that lets you spherically capture the sound arriving from all directions, at a single point in space (you). Playback render is binaural, allowing you to virtually rotate the orientation of the perspective in all directions, horizontally and vertically.

You can read more here. GadgetGuy has a review of the smart headset here. GadgetGuy Thomas Bartlett’s says, “It’s not just for listening, although it allows that. It’s mostly for recording. Recording in a very special way.”

AMBEO soundbar coming from May


It is compatible with Dolby Atmos, MPEG-H and DTS:X. Very smart!

Being a spatial device, it requires room calibration to place the listeners at the centre of it all. An external microphone automatically adapts and optimises the acoustics.

At A$3,499 it is at the top-end of soundbars. Samsung’s impressive Dolby Atmos HW-N950 7.1.4 (GadgetGuy review here) costs about half that. But, the key is how it handles non-Dolby Atmos (OK, let’s call it manufactured) sound. Sennheiser seems to be ahead with and its audiophile pedigree.

GadgetGuy is looking forward to this review!

Sennheiser says these Bluetooth earphones set new standards in true wireless audio. They have its audiophile-grade 7mm dynamic drivers and have Apple Siri or Google Assistant. The earphones’ Transparent Hearing feature can hear sound from the outside environment to increase situational awareness, or to participate in conversations without removing the earbuds.

You can hear the soundbar and Momentum Buds at Sennheiser’s Sydney flagship store – details here.