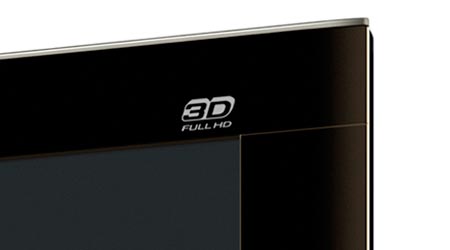 The Sharp Aquos LC60LE925X 3D LCD TV enters hard on the heals of its other ‘Quattron’ LED models, and shares with them a unique feature: four colours. Virtually all TVs generate their pictures using triplets of dots to make up the pixels. These are coloured red, green and blue. This TV adds yellow to the mix, potentially expanding the gamut (that is, range) of available colours.

The panel is backlit using Edge LEDs, allowing a thin 40mm unit. With its rounded corners and unbroken glass sheet across the entire front of the TV, it looks very attractive indeed.

The black levels were adequate, but not outstanding, and the default colour scheme tended, perhaps not surprisingly, just a little towards a yellow bias. This was quite adjustable, though, and overall the 2D picture quality was fine.

The 3D picture was problematic. The review unit had quite severe ghosting visible, both with darker coloured items on light backgrounds and vice versa. In the latter case (light on dark) there were times when parts of the image became quite confused, simply because of the overlapping ghosts in both eyes.

The TV has an infrared transmitter built-in, and comes with one pair of 3D glasses. These use a rechargeable battery and are charged up by connecting them to the USB port on the TV. The TV supports 2D to 3D simulation.

The menu structure of the TV is a little unusual. Rather than overlaying the picture, the TV scales the picture down to about three-quarter size, pushing it to the bottom left, so that the main menu can be laid out across the top of the screen, and the submenu down the right side.

The TV supports multimedia playback from USB and Digital Living Network Alliance-compliant networks. However it lacks the wider Internet capabilities available from some of the other TVs.